Two other flags were hanging in Jerusalem this week in honor of Yom Yerushalayim, Jerusalem Reunification Day. The first was the municipal Yerushalayim flag, with a lion, the symbol of Jerusalem, and the second, a special Jerusalem at 50 flag. 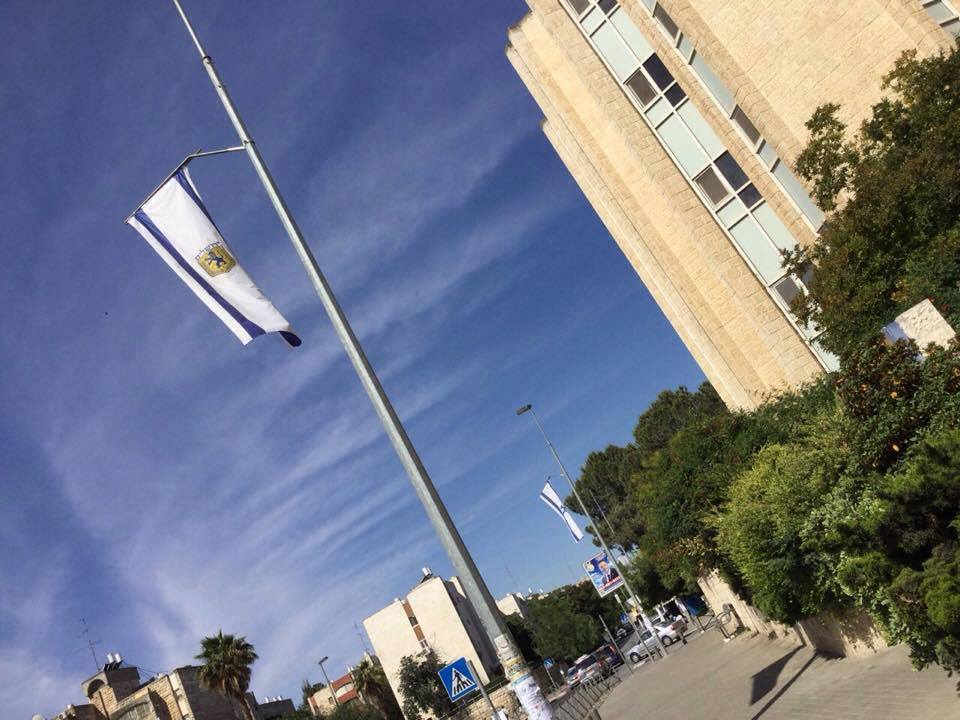 On Wednesday afternoon the “Rikudegalim”, “Dance with Flags Parade” took place with over 80,000 people dancing from Jerusalem’s city center into the Old City carrying Israeli and Jerusalem flags.

Each flag has its own meaning.

Let’s focus on the Jerusalem flag and its Biblical origins:

In Parshat Bamidbar 2:1-2, we read about B’nai Yisrael’s travels in the desert: “God spoke to Moshe and to Aharon saying; ‘The Children of Israel shall encamp, each man by his flag according to the insignias of their fathers’ household, at a distance surrounding the Tent of Meeting shall they encamp.’”

According to Rashi, each flag has as its insignia a different colored cloth. Each color corresponds with the hue of its gem set in the breastplate (choshen). This made it easy for the members of each tribe to recognize their flag.

Another interpretation is that each flag had the sign that Yaakov gave each tribe before his death. In Bamidbar Raba 2:6, we learn that the flag for the tribe of Yehuda (the tribe whose territory contained most of Jerusalem) was sky blue with a lion as we see in Breisheet 49:9, “A lion cub is Yehuda; from the prey, my son, you elevated yourself. He crouches, lies down like a lion and like an awesome lion, who dares rouse him?”

In 1949 there was a contest to see who could come up with the best Jerusalem flag and the lion won. In 1967, the flag became the flag of the united Jerusalem.

This week, Jerusalem saw one more flag hanging as well, the American flag which was displayed in honor of President Trump’s visit. Seeing the American flag hanging in Jerusalem along with the Israeli and Jerusalem flags reminded me that this coming week Memorial Day will commemorated in the United States. My grandfather, Harry V. DuBrow was a World War II veteran and he took Memorial Day very seriously. In Israel, everyone knows somebody who fell fighting to keep the State of Israel safe so Yom Hazikaron is very somber. In the United States, many have no personal connection to the military. 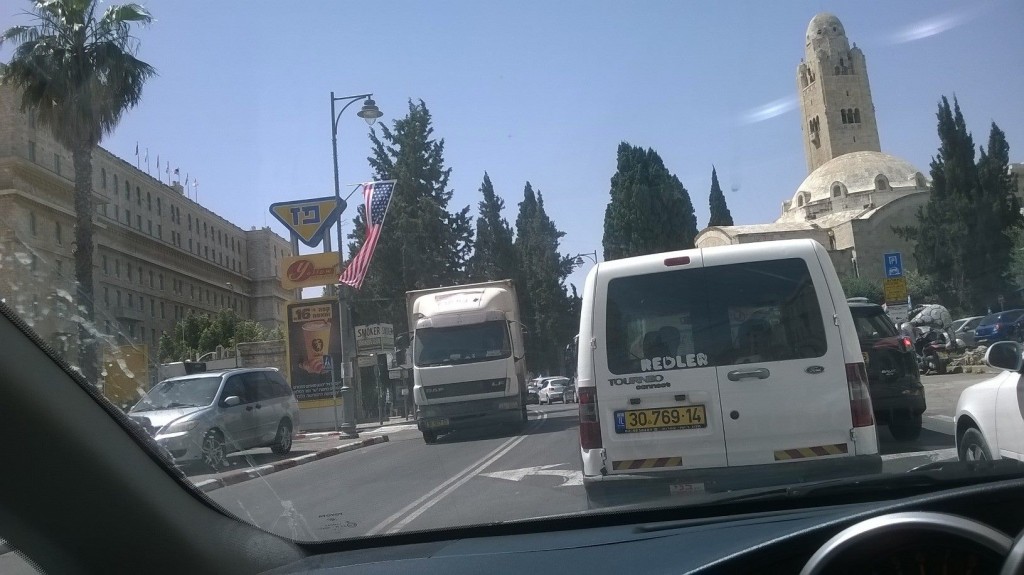 May the Unites States of America learn a lesson from Israel and make it a priority to give honor to those who were killed fighting for their country.