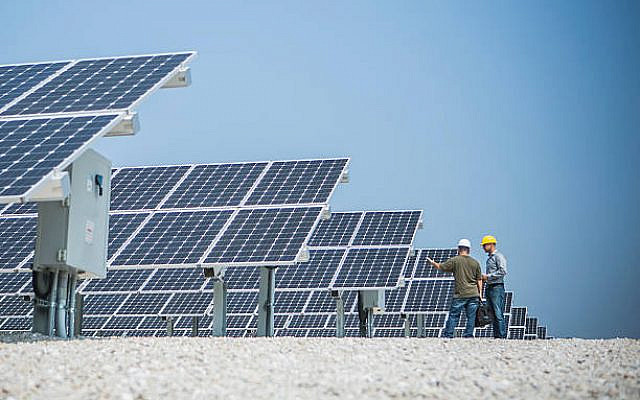 Nine months after the US House of Representatives passed the Build Back Better Act with its climate change provisions, the US Senate finally passed the slimmed-down version, Though not as generous as Build Back Better, the Inflation Reduction Act allocates substantial funds to consequential programs combating climate change.  The climate provisions set a cumbersome path to help save the planet from the effects of a warming atmosphere.

Part of the blame for the awkward features of the US  climate program rests with a US Supreme Court decision, which prevented a straightforward solution.  However,  Congressional politics and the Biden Administration’s political expedience also played roles in complicating matters and making the plan less efficient. Nevertheless, experts think that the law may accomplish most of the 50-percent reduction  the US pledged to achieve by 2030.

In an ideal world, the legislation would have adopted the most direct approach – a tax on greenhouse gas emissions. People in their daily lives overlook the damage from climate change because the costs accumulate over a century and they remain invisible as emissions occur. Drivers of gas guzzlers and users of coal-powered electricity do not connect their actions with climate degradation.  Experts, including Nobel Prize winner Professor William Nordhaus of Yale University, have shown how to change that dynamic. They introduced a method to calculate the current cost of greenhouse gas emissions as a means to levy a carbon tax. The tax would lead to consumption of environmentally friendly (lower-priced) goods  and generate funds for climate programs.

Countries, such as Canada and Sweden, have adopted carbon taxes. However, that would not fly in the US.  The next best policy involves incentives for the production side.  For example, to reduce emissions from power plants, the leading contributor to climate change, a cap and trade system, has gained acceptance across the world, including the EU.

A.policymaker, most rationally an expert administrative agency, sets a ceiling on the volume of emissions each year. One way or another, the agency issues necessary permits to enforce the limits.  More efficient plants, which do not need all their permits, sell them to less efficient plants, which cannot otherwise reduce their carbon footprint.  Less-polluting products have a cost advantage in the market.

The US successfully implemented cap and trade to control environmentally destructive acid rain resulting from power plants emitting sulfur dioxide. More recently, the Environmental Protection Agency under the Obama Administration issued a Clean Power Plan utilizing a form of cap and trade.  The federal government would have established emissions limits. Owners of plants that invested in pollution reduction and renewable energy projects would have earned credits. The cleaner power companies would have had the opportunity to sell to owners of dirtier plants.  Electricity from fossil fuels would have cost more than green energy.

The US Supreme Court had ruled that the Clean Air Act required the agency to  regulate greenhouse gasses. The EPA stood in the best scientific position to do so. So the Clean Power Plant made sense. The Supreme Court had long given expert agencies a wide berth to implement their mandates. That made the plan legal.

What makes sense in the real world and what had become settled law could not get past the new reactionary majority on the US Supreme Court.  In West Virginia v. EPA, https://www.supremecourt.gov/opinions/21pdf/20-1530_new_l537.pdf, Chief Justice John Roberts and his five conservative colleagues invented an amorphous legal concept to hobble US climate change efforts.

The Court announced a “major question” doctrine, which does not allow experts to regulate such issues without explicit direction from Congress. The Court left in place its decade-old holding that the Clean Air Act directed the EPA to regulate greenhouse gasses. However, because the electric industry forms a big chunk of the economy in the minds of the justices in the majority, Congress had to pass another law detailing exactly  how.  Of course, Congress does not have the scientific and economic expertise to do so.

In addition, the Court made up  a rule that says encouraging ”fuel switching” lay beyond the power of the EPA. So the agency could not regulate greenhouse gas emissions by moving the country off fossil fuels.  Since the whole idea of combating climate change involves ridding the economy of fossil fuels, the Court held that EPA cannot fulfill the mandate Congress gave the agency under the Clean Air Act.

That leaves tax credits and rebates, the methods the Inflation Adjustment Act adopted, though imperfectly. Clean energy will benefit from tax credits. However, the bill contains no money for connecting these projects to the grid.  Indeed, right now, a major backlog exists in applications for expansion of the US transmission system to accommodate new projects.  In addition, as a sign of the Biden Administration playing both sides (see the recent presidential trip to Saudi Arabia), the Senate bill potentially diminishes the push for clean energy by expanding oil and gas drilling in the US.  More importantly, to win the vote of Senator Joe Manchin III of West Virginia in an equally divided Senate, the Administration made a side deal to pass a separate law facilitating a natural gas pipeline in his state.

In addition, to please unions, President Joe  Biden has kept the Trump tariffs on Chinese-manufactured solar panels. As China has the largest solar panel industry and the cheapest product, the Administration limits the effect of the tax credit by constricting the market and driving up prices.

Yet, with all these shortcomings, the experts predict that the bill will bring significant progress in the fight against climate change.  For one thing, the Act commits a generous  amount of money – $369 billion dollars – to clean energy and electric vehicles.  (The electric vehicle provisions lack credits for the most likely purchasers and the most polluting vehicles necessary to remove from the market.)

In addition, some of the deficiencies may not, in fact, matter much.  Take the increase in drilling permits or the natural gas pipeline for West Virginia.  Drilling permits do not guarantee production, which takes years to bring to fruition.  Whether fossil fuel companies use permits depends on what the industry expects in the long term.  The long term looks bleak for fossil fuels.  Indeed, President Biden  saw some antitrust violations in the fact that many existing permits remain undeveloped.  In fact, this reflects expected future decline in profits for the industry.  The same may hold for the pipeline.

The lack of funds for grid expansion will channel development to projects that operate on their own, for example rooftop solar panels on buildings.  Small solar installations cause less environmental damage than large solar farms and come on line faster. Or, the Federal Energy Regulatory Commission could revise its rules to facilitate grid expansion. Though not a perfect substitute, state and regional cap and trade schemes can overcome the lack of a federal plan.

The proof that the Inflation Reduction Act may work  lies in the fact that President Obama’s Clean Power Plan achieved its objectives ahead of schedule, even though the EPA never enacted it.

Now that the US House will meet Friday to pass the law and President Biden will sign it. The US has acted. Now other nations must step up.