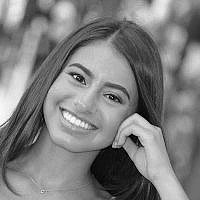 The Blogs
Carly Kabot
Apply for a Blog
Advertisement
Please note that the posts on The Blogs are contributed by third parties. The opinions, facts and any media content in them are presented solely by the authors, and neither The Times of Israel nor its partners assume any responsibility for them. Please contact us in case of abuse. In case of abuse,
Report this post. 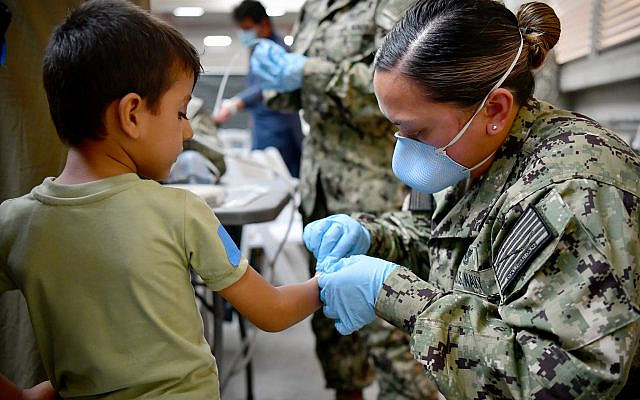 I was six years old when I first asked my grandfather about the Holocaust. He explained it to me in a way that would make sense to a child’s ears, assuring me that the world would never let something so horrific happen again. Then, at sixteen years old, I picked up A Hope More Powerful than the Sea: One Refugee’s Incredible Story of Love, Loss, and Survival by the former Chief Spokesperson for the U.N. High Commissioner for Refugees Melissa Fleming. In 2017, the number of forcibly displaced Syrians reached 12.6 million by the end of the year, the highest number globally. I gripped Fleming’s book with white knuckles–– I was the same age as Doaa Al Zamel, a Syrian refugee who fled Daraa and narrowly escaped death, making the treacherous journey across the Mediterranean. Doaa and her fiance Bassem risked everything for the chance of safety, fleeing on an old, overcrowded fishing boat that sank after four days at sea. Their boat was attacked by fishermen filled with fear and hate, so much so that they were willing to kill innocent women and children. Of the 500 passengers packed on the boat, only 11 survived.

Reading this story, I was reminded that my people had experienced the destructive potential of such blinding hatred less than a century ago. In 1939, the M.S. St. Louis, “the voyage of the damned,” was denied permission to dock in the United States and forced to return to Europe. Two hundred fifty of the passengers were later slaughtered by the Nazis. Doaa and I were separated by little other than time and space.

There is no reason other than luck that we are born where we are, in the circumstances we are given–– and that awareness compelled me to apply religious values to mobilize change.

Watching the U.S. withdrawal from Afghanistan reignited in me the feelings I’d had when I read Doaa’s story–– the same gnawing fear that I was powerless to change the horror happening before our eyes. The chilling, graphic, and down-right disturbing images of Afghans desperately trying to make it on the last flights out of Kabul were eerily similar to the stories of the St. Louis. As Frank Sobchak and Mark Jacobson wrote in an article for TIME Magazine, “Now, like then, we know that if we turn away refugees, many, including those who fought shoulder to shoulder with us, will face certain death.” Like the passengers on the St. Louis, thousands of Afghans got so close to freedom only to be turned away. They clung desperately to U.S. planes, as Jewish refugees had done to ships and railways, risking their lives to save their futures–– attempting to escape oppression, inhumanity, and death. For many of our allies in Afghanistan, evacuation depended on being at the right place at the right time. As the U.S. resettles 75,000 Afghans, we must bear in mind the cautionary lessons our history has taught us.

The Westchester Jewish community is strongly reaffirming its support for refugees and asylum seekers at this critical moment. Teaming up with the Westchester Jewish Coalition for Immigration (WJCI),  more than 40 synagogues, religious schools, and colleges have pledged to participate in the 2022 Refugee Shabbat. Refugee Shabbat, a project of HIAS, is an opportunity for the Westchester Jewish community to raise awareness, recognize the work that has been and continues to be done, and reassert its commitment to welcoming refugees and asylum seekers. The event highlights county-wide efforts to resettle Afghan evacuees, many of which religious organizations have spearheaded, using an ethics-based framework to mobilize our community and channel obligation into action.

The U.S. faces an overwhelming backlog of 412,000 asylum applications, while 36,000 Afghan evacuees “who were or are set to be resettled in the U.S. lack a direct pathway to permanent legal residency.” Many evacuees, who came under temporary two-year humanitarian parole, destroyed documents needed for asylum applications. The Biden Administration has faced sharp criticism over the process for evacuating Afghans to the U.S. through the Special Immigrant Visa Program, leaving tens of thousands in limbo and creating bureaucratic roadblocks that significantly slow resettlement. According to the U.S. Department of Homeland security, just 1,200 Afghans remain in military facilities in the U.S., anxiously waiting to rebuild their lives. However, even when they are resettled, they will face new challenges, from affordable housing shortages to integrating into new communities.

Change starts with people, not policies. In communities all over America, faith-based groups are working at warp speed to deliver the support the government cannot. Organizations like WJCI are stepping up to mobilize the community to resettle refugees, provide social actions to help, and advocate for more vulnerable populations. When I first began writing this piece, Russia had yet to invade Ukraine, had yet to turn the world–– and most importantly, the lives of Ukrainians–– upside down.  As more Ukrainians flee their homes each day, the need to respond quickly in times of crisis remains urgent.

When I watch how my home community has come together, leading its response with our faith in action and values, I no longer feel as small as my sixteen-year-old self. With more than 84 million people displaced globally, the Afghan crisis is only one of many conflicts driving individuals to leave behind everything for the chance of a future. Yet, how we treat this crisis and the Afghans arriving in our communities will collectively define the character of our nation.

The Afghan crisis reminds us, as Jews, that we too were once refugees clinging to hope, and that there will always be good people who do the right thing. Our history tells us that the right thing is extending a hand towards all those in need, regardless of who they are or where they come from.

About the Author
Carly Kabot is a junior at Georgetown University studying International Politics and Religion, Ethics, and World Affairs. She is a member of the Westchester Jewish Coalition for Immigration.
Related Topics
Related Posts
Comments