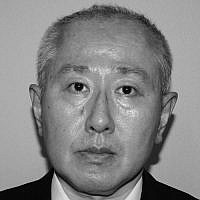 The Blogs
Kenta Uchida
Apply for a Blog
Advertisement
Please note that the posts on The Blogs are contributed by third parties. The opinions, facts and any media content in them are presented solely by the authors, and neither The Times of Israel nor its partners assume any responsibility for them. Please contact us in case of abuse. In case of abuse,
Report this post.

The following are some of the oral traditions that follow my clan.

My clan once played an active part on the stage of history.

It is “Taira clan”, one of the four venerable clans called GenPeiTouKitsu.

GenPei’s two are samurai families, and my family has a high pride, and many of my ancestors did Seppuku because they don’t like being caught by the enemy.

I would like to unravel it in this blog.

“Taira clan” of Baekje, a royal family of Judas of Japan, is a powerful clan that appears in “Japanese-Jewish common ancestry theory”, so the content of the story extends to the past, present, and future of Japan.

In addition, I think that the theory in Asia will change drastically in the future, so please look forward to it.

This time, it was the opportunity to start writing a blog for the major Israeli media TOI from Japan.

Thank you very much for spreading the special relationship between Judaism and Japan in Japan.

Unfortunately, the ambassador did not seem to meet my clan, a party to “Japanese-Jewish common ancestry theory”.

I would like to tell you through this blog this time.

By the way, the interesting story is “Hojo clan”‘s book, “Azuma Kagami”.

52 volumes in any of them? It was missing.

Actually, this was intentionally hidden, because the origin of Japan is hidden.

This is because “Kuroda Yoshitaka” passed it on to “Tenkai” and designed the Edo Shogunate.

Emperor Kanmu, the ancestor of the Taira clan, worshiped primitive Christianity (although he wore a Buddhist mask).

This is also the red-colored shrine of the Three Gods of Creation (the Trinity of Christianity). Hojo’s clan crest Mitsuuroko comes from the Trinity.

Japan is a country created by ancient Jews from the ancient Silk Road.

I think the secret is that the Jewish smart DNA boasts the world’s third largest GNP.
“Suwa-taisha” Shrine, where the religious symbol of the first settlers (Jomon period) retains Jewish customs.

Next is “Zenko-ji” Temple, which has a statue of Baekje Buddha, a religious symbol of the settlement (Yayoi period) during the time of Emperor Kanmu.

“Suwa-taisha” Shrine, Zenkoji Temple, and Sirius, the North Star, are connected in a straight line, which leads to “Myoken(Sopdet)” worship of samurai and “Nichiren-shu” sect.

From here on, it’s an occult story.

The point is the truth of the Jewish six-pointed star Hexagram,

The truth of the Christian Trinity is called the sensibility and religion of ancient sages, but in reality, they were trying to find the absolute rules of the universe with the advanced science of that era.

And it continues with the Nobel Prize in the award system that approaches the Jewish god (absolute rule).

“Science is a religion”.

Actually, AI design is a secret story in the end, but it always ends up in the Trinity.

When I saw the news that the Prime Minister of Israel was coming to Japan, why foreign leaders visited the shrine at the G7 Ise Summit after knowing this,

By the way, do you know Yatagarasu (Incarnation of a crow), a spy organization that protects the imperial line that has continued from the old Tengu (=Ancient Jewish scholars in Japan)?

I’m not kidding, I actually use crows to monitor and watch over, but I am also the subject of monitoring, and crows often come to see me.

The over 1000-year-old habits of animals cannot be changed suddenly even today.
Ken Takakura wasn’t pushed up by chance as a star, but because he was Taira clan, it’s the same as Nobel Prize in Literature Yasunari Kawabata.

It is because of this difference that GenPei and Koreans are different, but they pretend to be Genji (Silla).

By the way, in Central Asia, ancient Judaism broke up into east and west, and in Japan, he took over the imperial rule as a descendant of King Baekje and King David.

In the West, with “Migration Period” → England → America, and Rothschild is also the genealogy of King David in my opinion.

There is the same story in the West as GenPei, with Trump being a Rothschild Judah Taira clan and Clinton a Rockefeller non-Judah Israeli Genji clan.

The relationship of GenPei is a relationship that is held even if you dislike it because of Onmyodo and good and evil.

Postscript:
From the next time, I will write about “Japanese-Jewish common ancestry theory” from my DNA, which I will write in this blog.

First of all, I would like to explain including self-introduction.

Japanese history started in Kyoto during the Heian period,
Kyoto used to be called “Heian-kyo”.

It is the same as “peace” in the meaning of Jerusalem, the capital of Israel.
It’s not a coincidence!

I heard that it intended to make it a Jewish settlement here.

After Japan’s defeat, my grandfather remained silent, but he told nationalists about the connection between Japan and Judaism from Taira clan oral tradition.

It is shared with the military and the prewar imperial family, and it seems that the foundation for the founding of Manchuria was brewed.

However, the information at this time will be used by villains after the war.

Soon, what if the Bad reputation Chinese Communist Party collapses?

History repeats itself, and there may be stories of Jewish settlements.

In the future, I would like to talk about ancient Jewishness in East Asia in this blog.

Nissan started a business in the town where my relatives were the mayor for Manchuria by “Yoshisuke Aikawa”, a follower of “Japanese-Jewish common ancestry theory”.

The current owner is Rothschild, the Judas royal family in France, who supported the founding of Israel. And Nissan is under the umbrella of Renault.

Since the past, present, future, Jews, and Japanese are connected by fate,
I hope this blog will be helpful to Jewish people.