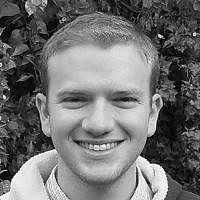 The Blogs
Avraham Meyers
Apply for a Blog
Please note that the posts on The Blogs are contributed by third parties. The opinions, facts and any media content in them are presented solely by the authors, and neither The Times of Israel nor its partners assume any responsibility for them. Please contact us in case of abuse. In case of abuse,
Report this post.

I’m not sure I ever truly realized it at the time, but a man I’ve only met a couple of times had a hand in influencing my future.

Jack Broder was many things — a chemist, a loving father and husband, a Zionist. He was also my grandfather, although I can’t say I knew him well. He lived in Israel while I was in Chicago and our paths rarely crossed.

But every morning when I looked up from my box of cereal, I’d be greeted by a Jerusalem Post article pinned on our fridge which featured his work on solar energy at The Jerusalem College of Technology back in the 1990s.

Now, as a student at that very same institution, I can’t say I went to JCT to make my grandfather proud or that he inspired me to be where I am today.

But that news clipping has been emblazoned in my mind so much that I’d be remiss to think that I wasn’t somehow subconsciously influenced to believe that JCT is exactly where I needed to be.

My parents certainly thought so. When they and my extended family dedicated equipment to a JCT lab in my grandfather’s name, they said that they could see me attending this campus.

As a pre-teen, I just shrugged at the statement, but now that I’m here everything does seem quite prophetic.

Whatever divine force or coincidences brought me here, though, I’m grateful. JCT is not only providing me a quality education where I learn Torah and secular studies, it also gives me a foundation to not only live a Jewish life, but an Israeli one. It is also one of the few international programs available in English in Israel and with its affordable price tag, it seemed as if this was tailor-made for me.

As someone who grew up in a religious community in the United States, spending some time in Israel is expected. Most, however, come back and make their lives in America. Often, many attend Yeshiva University, get married, have a family and the dream of making Aliyah is forgotten. Therefore, after attending Hesder Yeshiva as part of Kerem B’Yavneh’s international program, I was adamant that I didn’t want to get comfortable back in America as then I knew I would never make Aliyah.

So after a brief stint back home, I began my studies at JCT and enrolled in their computer science program. The decision was an easy one: I already had a close friend attending, my parents were supportive of my decision, the campus lies in the heart of Jerusalem and alumni often contribute much to Israel.

Honestly, I didn’t even consider any other place.

After JCT, plans are still a bit vague, but I am considering enrolling in the IDF. This may not be the most obvious choice for someone of a religious background, but as a-soon-to-be oleh, after receiving all the generous privileges of being an Israeli I would like to give back to the country in some capacity.

For now, I’m keeping my head down and working hard at school. And, yes, while I don’t know for sure if my grandfather would be proud of where I am today, I’m certainly proud I’m walking in his footsteps.

About the Author
Avraham Meyers is a resident advisor at the Yeshivat Torat Shraga, an American gap year program in Jerusalem, and is a first-year international student at The Jerusalem College of Technology. He's originally from Chicago.
Related Topics
Related Posts
Comments
Advertisement