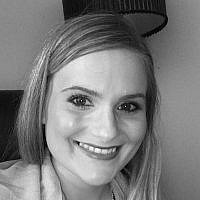 The Blogs
Diana Warth Bregman
Director of Development, Hadassah South/Southwest
Apply for a Blog
Advertisement
Please note that the posts on The Blogs are contributed by third parties. The opinions, facts and any media content in them are presented solely by the authors, and neither The Times of Israel nor its partners assume any responsibility for them. Please contact us in case of abuse. In case of abuse,
Report this post. 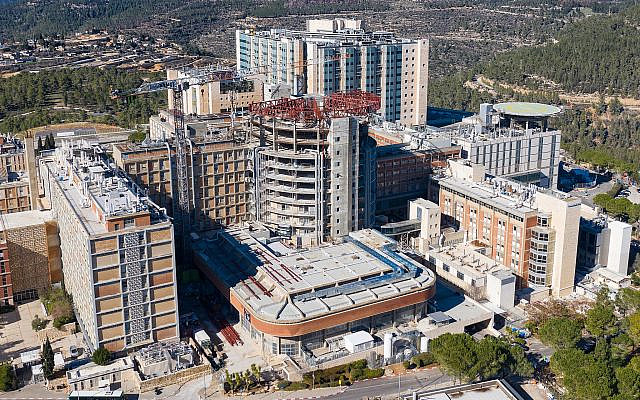 This is a behind-the-scenes look at how Hadassah, The Women’s Zionist Organization of America became the happy recipient of new charitable gifts totaling $550,000 from an anonymous Charlotte, NC family supporting groundbreaking medical research at Hadassah Medical Organization (HMO) in Israel.

My role in this success story for Giving Tuesday is as Director of Development, South & Southwest Regions for Hadassah’s Philanthropy Division. ​Born in Washington, DC and raised in rural Pennsylvania, I have lived in North Carolina for 10 years. I love the outdoors, movies, reading, traveling, animals, and spending time with my husband and our daughter. I have worked for Hadassah for more than four years, having spent most of my career working in Jewish philanthropy.

​I have never been as passionate about a cause as I am about Hadassah Medical Organization. I am constantly blown away by the groundbreaking medical research and care happening there. I also am a proud Zionist and love that I get to work on behalf of the State of Israel every single day. ​I love working with people and talking about making a difference in the world. It is magical to see a donor’s personal passions line up with the needs of the Hospital. ​Medical care and research are one of the most important areas of work in our world today. We need people fighting for people’s health.

Founded in 1912 by Henrietta Szold, Hadassah began with a mission to provide emergency care to infants and mothers in pre-state Israel. Today, Hadassah has flourished into two world-class medical and research hospitals in Jerusalem, treating over one million patients a year. Hadassah continues to contribute to the betterment of the world through life-saving medical care, research in service to humanity, and other acts of tikkun olam (repairing the world).

Our generous Charlotte family has pledged support for two areas of research. First, they are champions of the pioneering stem cell work of Dr. Boaz Nachmias, a senior physician-scientist in HMO’s Division of Hematology. The focus of Dr. Nachmias’s work is acute myeloid leukemia (AML). Second, they  support oncology research, establishing an endowment to fund that work.

Twenty years ago, when stem cell therapy was highly regulated in the United States (as late as 2006) and other countries, it was advanced in research and treatments in HMO’s labs. Human embryonic stem cells have the potential to become any kind of healthy cell in the body—brain, heart, lung, retina, bone marrow—and multiply infinitely. Adult stem cells, which live all over our bodies, repair local damage.

In recent years, researchers at HMO have made tremendous strides in cutting-edge stem cell therapies. Using human embryonic stem cells, HMO scientists have halted the deterioration of the retina in laboratory models. Using patients’ own stem cells, they have inhibited the progression of ALS in human clinical trials. Treatments and cures for diseases like Age-Related Macular Degeneration, cancers, ALS, Multiple Sclerosis, Parkinson’s, Alzheimer’s, and diabetes could be a reality in the foreseeable future.

Dr. Boaz Nachmias’ research has made Hadassah’s medical center a world leader in the treatment of acute myeloid leukemia (AML). Treatment approaches and outcomes have not changed significantly over the past 40 years; among elderly AML patients, only 40% to 50% respond to chemotherapy, and long-term survival rates are less than 10%. Now, Dr. Nachmias is breaking new ground by using stem cells to reduce the relapse rate of AML patients. His studies have revealed that a subset of leukemia stem cells is responsible for the high rate of treatment failure, so he is focused on identifying novel vulnerabilities of leukemia stem cells in order to more precisely target this cell population.

HMO has made strides in other areas of oncology research. Hadassah’s Prof. Michal Lotem, a trailblazer in melanoma research and healing, is treating her patients with a personalized protocol that is offered by only a handful of oncology centers around the globe.

When her patients come to her with Stage IV metastatic melanoma, where standard treatments have failed, Prof. Lotem uses a cutting-edge immunotherapy protocol called adoptive cell therapy (ACT). The treatment involves extracting immune cells from a patient’s tumor and expanding their number into millions to make them powerful cancer killers. They are then re-injected into the patient, who is now armed to fight the disease with a greatly enhanced immune system.

As she explains: “We have to take into account each person’s unique mutation landscape because each person’s cancer, though it exhibits common attributes, has its own profile.” Consider Esther, for example. A 62-year-old oncology nurse, Esther was diagnosed with melanoma in 2012. Fourteen months later, despite treatment, her cancer metastasized to her chest wall. Prof. Lotem treated her with a personalized vaccine, using her own tumor cells that had been enhanced in culture with a drug called Keytruda. In January 2017, she was completely free of metastatic melanoma.

The work of HMO medical experts is only made possible through the generosity of individuals like the Charlotte family. As they shared, “In 2019 we established an endowment with Hadassah for stem cell research. We have been aware of Hadassah’s excellent research capabilities. Most importantly is the focus in applying theoretical research platforms to cures for specific diseases.

This year we have added both an endowment for oncology research and funded a stem cell research lab.  These financial gifts are important to our family tzedakah and estate planning.  Hopefully they will also serve as an example for others to support and expand upon the important work of Hadassah Medical Organization.“

For more information on Hadassah Medical Organization, watch this video.

About the Author
Diana Warth Bregman is currently the Director of Development for Hadassah, where she is responsible for the South and Southwest regions. Prior to Hadassah, Warth Bregman was the Director of Advancement at the Levine Jewish Community Center, Charlotte, NC, where she successfully led a $5.95M capital campaign. Previously, she was Director of Development for The Junior League of Charlotte (2014-2016) and Director of Leadership Giving for Planned Parenthood Health Systems (2012-2013). Earlier, Warth Bregman was Sr. Development Associate for The Investigative Project on Terrorism, Washington, DC (2010-2012), where she was the primary liaison with regional and national advisory committees on fundraising and outreach efforts and designed and orchestrated annual giving, planned giving, and other solicitation campaigns. Warth Bregman received her Bachelor of Arts Cum Laude from Allegheny College with a double major in political science and women’s studies and a French minor and spent a semester in Dakar, Senegal with the University of Minnesota’s Studies in International Development. She is a member of the Association of Fundraising Professionals. Born in Washington, DC and raised in rural Northwestern Pennsylvania, Diana enjoys spending time with her family and volunteering with her daughter’s preschool.
Related Topics
Related Posts
Diana Warth Bregman