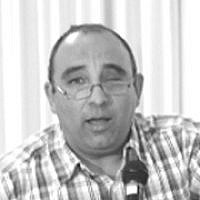 The Blogs
David Hersh
Apply for a Blog
Advertisement
Please note that the posts on The Blogs are contributed by third parties. The opinions, facts and any media content in them are presented solely by the authors, and neither The Times of Israel nor its partners assume any responsibility for them. Please contact us in case of abuse. In case of abuse,
Report this post.

I am a child of the Diaspora, the son of Holocaust survivors. I grew up in the sheltered Jewish community of Sydney Australia. As a teen and during my student years in Australia I was active in the Jewish community, Jewish youth movements and Jewish and general student politics. The 70’s and early 80’s were the days of the Soviet Jewry campaigns. We, like Jews around the free world, held demonstrations outside the Soviet Consulate in Sydney and the Embassy in Canberra. I brought that chapter of my life to a close when in November 1983 I made aliya at the age of 24.

My father always taught me, in an argument try and see the other persons point of view, and so, in my view of modern Jewish History, from the time of Herzl till now, I am able to meld ideologies. The great Zionist thinkers and doers all have something to teach us, from Rav Kook to AD Gordon, Jabotinsky, Ben-Gurion and Begin.  All played a role in bringing me here to Israel and they continue to play a role in my life.

But a small part of me has remained in the Galut (the Jewish Diaspora). And over the past year or so that small part of me has become very vocal within me; the cancer that is antisemitism has once again begun to spread. On the extreme political right, it never really disappeared, but voices from the right became less significant over the years. The antisemitism of the Soviet Union had also fallen away when the Berlin wall was taken down and the Iron Curtain lifted. Almost all of those in whose name we demonstrated in the ‘70s and ‘80s now live here in Israel. These include Ida Nudel, Natan (Anatoly) Sharansky, Yuli Edelstein, Yosef Begun and many more. But it is among Western “modern” and “progressive” countries that the scourge of antisemitism has lately re-emerged. Like Germany of the 1930’s, as the moral construct of society began to decay the Jew became seen as the root of all evil.

While evidence of antisemitism can be found in many parts of society, in politics it is within the Labour Party of the UK and in the Democratic Party in the USA that these voices seem to be most resonant. Of course, it also exists among Tories and Republicans, but there it is less subtle and the respective party leaders are dealing with it, Jews have traditionally supported the Democrats in the USA and Labour in the UK, yet it is these two parties, the parties that denounce hatred and racism,  which currently appear incapable of dealing with the antisemitism within their ranks. The hatred of Jews is ironically being promulgated by “progressives”.

History is yet again repeating itself.  How infuriating witnessing this must be for those, like my parents who survived the Holocaust and were able to rebuild their lives, and who were promised “Never Again,” to see it start to return. Perhaps we should have expected its revival,  The Empires of Greece, Rome, Persia, Spain all fell because of their immorality. Once again morality has become a dirty word. As history has shown we Jews are the world’s “canary in the mine.” Once again we are being served up as the scapegoat of history.

I fear that today we are at a crossroads. The Jewish Diaspora stands at the precipice. Countries where during the past century Jewish life has blossomed are beginning to decay. To the failing empire that is the western world, North America, UK and Europe, it still may not be too late, but drastic measures are needed.

I end this with two quotes from Jabotinsky, the first intended for those that point their finger at us, the Jews. The second to the Jewish communities in those countries, those Jews who have as yet not come to make their home in Israel:

Please, I implore you, dear family and friends, for the sake of our people.
Now is the time to come home, it is only here in Israel as one people that we really are home.

About the Author
David born in 1959, is married to Chaya and has 6 children, 2 grand sons. They currently live in Givat Zeev just outside of Jerusalem. David made Aliya in 1983 from Sydney Australia, was very active within the Sydney Jewish community prior to his Aliya.
Related Topics
Related Posts
Comments