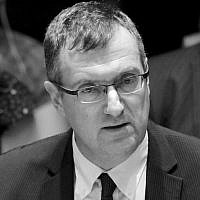 The Blogs
David Roet
Apply for a Blog
Please note that the posts on The Blogs are contributed by third parties. The opinions, facts and any media content in them are presented solely by the authors, and neither The Times of Israel nor its partners assume any responsibility for them. Please contact us in case of abuse. In case of abuse,
Report this post. 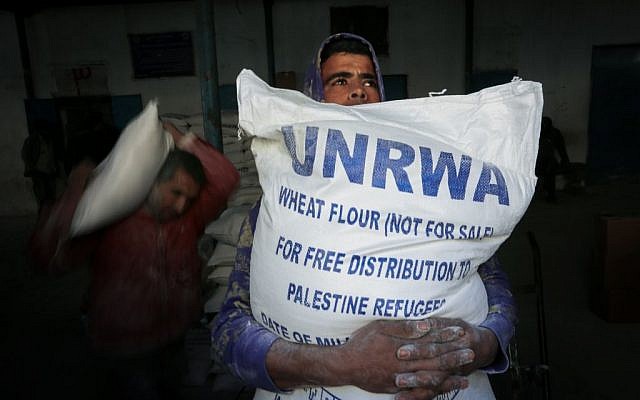 The recent visit to the Middle East by US President Donald Trump has renewed hopes for peace and cooperation in our region. Perhaps more immediately, this visit has augured an opportunity for real international collaboration in fighting terrorism, the great evil of our time. If, however, the Arab world is serious about these efforts, a significant first step needs to be for them to cease all support for terrorists and to unequivocally condemn the hate that fuels violence.

The United Nations, where the peoples of the world convene, must set an example for the Arab world in eliminating such hatred. It is the UN, after all, which was founded upon the principles that promised “to maintain international peace and security, to take effective collective measures for the prevention and removal of threats to the peace.”

Every day our diplomats in New York and at UN agencies around the world, together with our allies and partners, work hard in order to implement real reforms aimed at meeting these goals. These are the changes that will allow the UN to deliver its promise of global peace and security.

Yet to truly move forward on such an agenda, the UN must aggressively confront rampant politicization and bias throughout its own agencies. As we have pointed out on numerous occasions, when it comes to prejudice, no UN member state has been confronted with more unfair treatment and double standards than has Israel.

A glaring example of this issue is the United Nations Relief and Works Agency (UNRWA), a body founded to provide humanitarian assistance for Palestinians. Today, UNRWA has turned into an internationally funded UN agency that shamelessly engages in propaganda promoting the Palestinian narrative while unfairly criticizing Israel.

Earlier this year, Dr. Suhail al-Hindi, the Chairman of the UNRWA Staff Union in the Gaza Strip and the principal of the UNRWA Boys Elementary School for Refugee Children, was elected to Hamas’ Gaza Political Bureau. This is the same Hamas that blows up buses filled with innocent children and digs terror tunnels into Israeli communities as part of its declared objective to destroy the State of Israel.

Al-Hindi’s terror connections could not have come as a surprise to UNRWA officials. In 2011, UNRWA suspended Al-Hindi after he met with Hamas leader Ismail Hania. This suspension lasted only three months, after which Al-Hindi was allowed to return to his position. And it was hardly an isolated incident. Muhammad al-Jamasi, the leader of the Engineering Department of UNRWA, has also engineered his way into serving on the Political Bureau of Hamas.

Contrary to the zero-tolerance policy one would expect when a top educator in a UN agency is accused of leadership in a terror organization, UNRWA’s spokesperson Christopher Gunness’s first reaction was to deny the plain fact that an UNRWA staff member was also elected Hamas official in Gaza. The agency even went so far as to issue a statement saying that “no evidence” supported the allegations against al-Hindi.

When faced with incontrovertible evidence of Al-Hindi’s terrorist connection, UNRWA suspended him which then led him to announce his “resignation.” Though he was aware of the fact that Al-Hindi was actually dismissed for his role in a terrorist organization, Gunness refused to issue a proper statement of condemnation allowing the false claim of “resignation” to persist under the disingenuous claim that, “it is not the policy of the agency to discuss the terms of departure of individual staff members.”

Only when publicly questioned about the incident by Israel’s Mission to the UN, did UNRWA Commissioner-General Pierre Krähenbühl confirm Al-Hindi’s dismissal, albeit while still minimizing the offense to the fact that he “ran for an elected office.”

This entire episode represented the UN at its worse. Instead of taking an immediate strong stance against hate and extremism, UNRWA pandered to the most negative actors in our region. Worse, by intentionally obfuscating and covering up for a terrorist organization member who was their employee, it set a terrible example. If the UN cannot speak out unequivocally against terrorist sympathizers in its midst, how can we expect the Arab world to follow suit?

Leaving aside UNWRA’s obligation to member-states for full transparency, this was a squandered opportunity. This was the perfect moment for UNRWA not only to send a clear anti-terror message to the agency’s employees and to the pupils studying in its schools, but also on behalf of the UN as a whole to put terrorist organization such as Hamas and their supporters on notice.

The UN is often criticized as an outdated body founded with good intentions by the victors of World War Two, but since then too often hijacked by dictatorship and despots. By ceasing to pander to the worse elements in our region, the UN can send a message to those who promote hate in their own societies.

If the UN and our neighbors in the Middle East are serious about providing an opportunity for real peace, then real change must be implemented. Let us all pledge to honor the institutions that were founded with such pure intentions. Let the UN leadership shy away from politicization and biases. Then, more than seventy years after its establishment, the UN can finally live up to its potential and make a real – and positive – impact on the world.