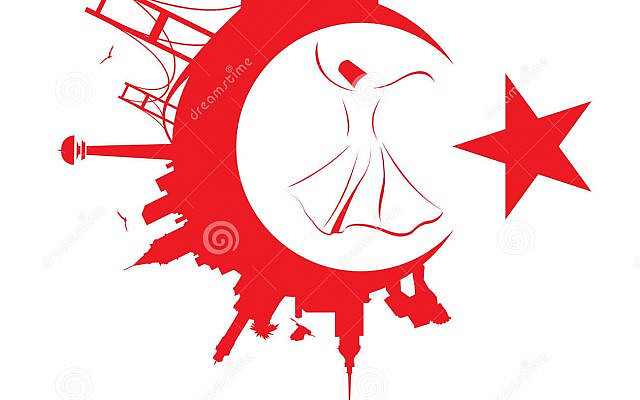 We are losing our boys. We are losing them but for what? For which divine mission are we losing them day by day? For Islam? For national interest? No none of these reasons actually explain Turkish foreign policy and the very point that we are now at.

When everything began in 2002, even though AKP was an Islamist party, it was doing quite well on the road to Western liberalism and democracy and Turkey was the shining star of the EU at that time. Then came The Talented Mr. Davutoğlu and we are still paying the price of his amazing insights on Middle East. In the beginning, we were more than friends with Syria and ended up coming to grips with it.

I know that anyone with a sane mind would not think that this current policy solely depends on President Erdoğan and his ambitions in the area. He seems to be surrounded by a clique who envisage a place for Turkey in the non-democratic camp of Russia and its allies. Mr. Erdoğan has already seen that his sympathy for Muslim Brotherhood might cost him all his political career and he is trying to compromise his own ideological perspective and Russian politics in Syria. On the other hand, without the support of Turkish liberals and Islamists, Mr. Erdoğan now seems to be left alone with this pro-Russian clique.

Nevertheless, I am not hopeless. Even if Turkey might have lost its power after the events followed by the failed coup d’état, it is still an important country in the area. But being a Turkish citizen, I don’t want to watch my country follow some lunatics that confuse governance with dictatorship. Turkey doesn’t have to choose this side or the other. Turkey alreadys belongs to the Western side. Even though the Cold War is over now, you all know what I mean. We should try to set a boundary and keep our distance from Russia. Because Turkey could neither socially, nor culturally adapt itself to the Russian mind. We can still be political partners. Mr. Erdoğan is an experienced politician, I am sure he has already realized that. I am sure he will find a way to solve this political ambiguity because we are going nowhere with such a foreign policy.

Being a political philosopher, undoubtedly I can only advise my own country if there are ears to listen. Turkey should get back on track immediately. This Syrian problem should be solved through an international consensus and Turkey should not be involved in Assad’s war against terror. We don’t want to lose our boys for someone else’s war. We have our own problems to solve. The Syrian refugees have already stirred up a huge social conflict, we have to find an immediate solution to it, or else in a few years Turkey will lose its identity and it will be an Arab haven. Moreover, Mr. Erdoğan is clever enough to see that things are not going well in the South as well. I don’t think that Mr. Akıncı in Cyprus conducted such an interview by mistake. There seems to be a great discontentment in the Turkish community there. Added to that, there is an energy dilemma in the Eastern Mediterranean. We must speak with Israel. This Palestinian sympathy will take us nowhere. The Abbas regime, this corrupt dictatorship devalue Mr. Erdoğan’s image in the world as well if he keeps on supporting him. We all agree that the Palestinian problem cannot be solved through Trump’s plan. But we have a plan at least. If there is a plan, there is a way. Saudi Arabia, Egypt and UAE have changed their vision in the area and found a way to make peace with Israel. We don’t have half of the problems they have with Israel. We are losing time and energy for others who do not and will not support Turkey in any political issue. I trust Turkish diplomatic tradition. Sooner or later, Turkey will return back to the first years of the AKP rule because such a change is for Turkey’s own interest.