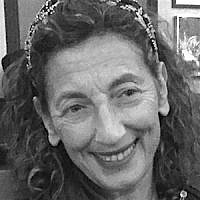 Labour’s doing another report; it’s going to explain why the party was soundly beaten in 2019’s general election.

This time Ed Miliband is in charge and it won’t need to aim that high to improve on  Chakrabarti. Even so the signs aren’t promising.
In the meantime, and since beginning to write this article,  another report  on Labour’s disaster, this time anonymous, has been leaked under an NEC heading. (Let’s call it B in case yet another appears).  B is a scrappy exercise in blaming anybody but Corbyn and his toadies. Claiming to be ‘factual’ it says ‘Labour was unfairly painted’; the public was ‘confused’; activists were ‘disorientated’ and

‘It is deeply regrettable that the Party was unable to convince the public that we were dealing effectively with the deplorable incidence of antisemitic views among a small section of the membership’:

NEW: Here is the Labour Party's official report into the 2019 general election in full

The confidential document blames Brexit, media attacks on Jeremy Corbyn and a failure to persuade voters it was tackling anti-semitism

H/t to @PickardJE who reported on the doc in today's FT pic.twitter.com/zStm3bjfA9

Referring to the brewing Miliband report (A) The Guardian says:

responses so far reflect the big issues of this election: leadership, Brexit, antisemitism and the role of media.

Those preparing the Miliband report claim they are ‘listening’ to people.

But here  are ten reasons why,  unless  the Corbyn culture changes utterly, the research will be a waste of time and not much better than Chakrabarti. That’s because recent  history suggests that the likelihood of Corbyn legacy Labour listening to and processing the truth is zero.

1. Under Corbyn et al thousands have left the party since the peak of Ed Miliband’s rule change and bargain basement membership fees. Lifelong members have written  resignation letters citing antisemitism, Brexit and the leadership. Labour has ignored them.
My new book Forced Out is a collection of resignation letters all citing antisemitism but also including Brexit and the leadership. The letters date from 2016 up to the announcement of the election in 2019 and there’s  also concise background material. Labour needs only to read these letters to find out why they lost so badly. Indeed,  if only they’d read and processed them as they were written….https://www.amazon.co.uk/dp/B082DJ1LHD/ref=sr_1_1?keywords=Forced+Out+Labour+Antisemitism&qid=1575581887&sr=8-1
The half hour companion film is here,  with more shocking evidence of bullying: https://youtu.be/b4f_TexfjbI

2. Labour’s intention not to listen was evident in 2016 when Tom Bower in Dangerous Hero describes how  Corbyn instructed Chakrabarti to make her report ‘bland’.
Chakrabarti’s report of 2016 opens by saying  Labour wasn’t ‘overrun by antisemitism’.  Since 2019  Corbyn’s Labour has been under investigation by the EHRC for institutional antisemitism; the EHRC doesn’t proceed without  the strongest evidential basis.(Incidentally the leaked report B doesn’t mention the EHRC )

3. In 2016 Chakrabarti and Feldman  ‘listened’ to people who gave verbal experiences of Labour AS but no verbatim records were kept.  This was revealed because of evidence shown to me by Mike Fryer and subsequently covered in the Times (London) 1st June 2019  headlined:

Whitewash inquiry into Labour antisemitism did not keep full notes of evidence” https://www.thetimes.co.uk/article/whitewash-inquiry-did-not-keep-full-notes-of-evidence-v9997rnzg

4. Chakrabarti invited submissions to the written inquiry. Here are five examples she chose to acknowledge in the final report:

6. Since  Jeremy Corbyn took over in 2015 Labour’s ills  have been exposed by courageous whistle blowers.  Official spokesmen have denied their evidence and slanders against the whistleblowers have been unchecked. Labour has continuously failed to support those who  fight the  growth of Labour AS from within; they’re labelled as liars; their reputations are attacked; and they are accused of being in the pay of Israel. Instead of welcoming them, Labour has stood by and worse; they endangered then MP Luciana Berger when they didn’t inform her of a death threat; the party’s failed disciplinary procedures have resulted in bullies remaining in the party whilst brave and principled members, like those included in Forced Out,  continue to be abandoned, with no option remaining but to leave the party.

7. Post election, leadership contender Rebecca Long Bailey has given Corbyn a perfect score of 10/10.  Emily Thornberry claims Corbyn stands against prejudice. What does this say about their listening skills?

8. Richard Burgon, standing for deputy leader,  was a bit confused about whether or not he said ‘Zionism is the enemy of peace’. Actually he did,  proving he can’t even listen to  himself.

10. To  repeat: the EHRC is investigating Labour for instititional  antisemitism. This is a result of the Labour Party leadership’s past and ongoing  failure to listen, to take responsibility for,  and to take action against,  the injustices over which they’ve presided.

Those of us who care about the future of UK’s Jews; the UK’s democracy,  and the implosion of the Labour Party,  have been listening, watching and recording. We are waiting for the official EHRC report but the Jewish Labour Movement; Labour against Antisemitism; Campaign against  Antisemitism; Whitewashed and other activists,  know what Labour has become under Corbyn because the EHRC is working from the evidence we all submitted to them.

We know that Corbyn’s Labour crushed itself all by itself in December 2019’s general election.

Forced Out will be showing in Manchester, February,  and London, March, each time followed by panel discussions including eminent Labour members who’ve had to leave Labour because of antisemitism. More showings are planned.

The project’s creator is Judith Ornstein and the film accompanies her book of the same name.

About the Author
Judith Ornstein is UK based and a passionate supporter of the arts, who combats the cultural boycott of Israel. Judith is the instigator of the Whitewashed and Forced Out projects, books and films using primary evidence from witnesses to expose Labour's problems with Jews. Whitewashed book and film, and valuable links can be found at www.whitewashed.co.uk Forced Out Links film and book https://www.amazon.co.uk/dp/B082DJ1LHD/ref=sr_1_1?keywords=Forced+Out+Labour+Antisemitism&qid=1575581887&sr=8-1 Companion film here: https://youtu.be/b4f_TexfjbI
Related Topics
Related Posts
Comments