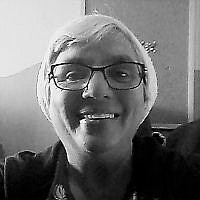 Above all, this country is our own. Nobody has to get up in the morning and worry what his neighbors think of him. Being a Jew is no problem here.
-Golda Meir

In Israel, in order to be a realist, you must believe in miracles.
-David Ben-Gurion

Thus says the Lord GOD: I will even gather you from the peoples, and assemble you out of the countries where ye have been scattered, and I will give you the land of Israel.
-Ezekiel 11:17

I am not a very new Olah (immigrant to Israel). I’m what you would call a veteran Olah. I’ve lived in Israel a good long time. I have spent most of my life, and just about all of my adulthood, in Israel. Despite the accent and the fact that I still wait for an invitation to go to a ‘mimouna’, and no matter what my kids say, I am far more Israeli than I am Old Country.

But there was a time, once, before Facebook and Google and blogs, when I was a new immigrant and I know what it means: the feeling of being an outsider and not quite belonging; the sudden sense of being illiterate because you can’t read your rental contract or your electric bill; sitting in the dark because you don’t know how to pay your electric bill (or you don’t have a job and can’t pay your electric bill); having to scramble around and invite yourself to some random person’s house for a holiday dinner so you won’t be alone; being alone for a holiday.

I usually just smile and answer ‘there’s only one Pesach Seder’. Because, it’s true, it is hard to live here.

In past years, in the run-up to Israel’s Independence Day, I’ve written blog posts of 65 reasons to live in Israel, and 66 more reasons. The reasons include falafel, and ice cream, two birthdays, and, of course, one Pesach Seder.

I haven’t added any more reasons in recent years because other writers say it so much better than I.

But now I’m going to try again – because I have simpler reasons. So, in honor of the State of Israel’s 70th birthday, in no particular order, I give you my list of reasons why I will live here for ever and ever and why you should too, despite it all, or maybe because of it all:

And one more for next year:

No matter the hardships, the difficulties, the challenges, the frustrations, and even – sometimes – the fear, Israel is home;it always was, and it always will be.

Avinu Sh’b’Shemayim – Heavenly Father, Israel’s Rock and Redeemer, bless the State of Israel, the first flowering of Your final redemption. Shield it under the wings of Your loving-kindness and spread over it the Tabernacle of Your Peace.
Send Your light and truth to its leaders. ministers and counselors, and direct them with good counsel before You.
Strengthen the hands of the defenders of our Holy Land; grant them deliverance our God, and crown them with the crown of victory. Grant peace in the Land and everlasting joy to its inhabitants.
As for our brothers, the whole house of Israel, remember them in all the lands of our [ in Israel say their] dispersion, and swiftly lead us [ them] upright to Zion Your city, and Jerusalem Your dwelling place, as it is written in the Torah of Moses Your servant:
Even if you are scattered to the furthermost lands under the heavens, from there the Lord Your God will gather you and take you back. The Lord your God will bring you to the Land your ancestors possessed and you will possess it; and He will make you more prosperous and numerous than your ancestors. Then the Lord our God will open up your heart and the hearts of your descendants, to love the Lord your God with all your heart and with all your soul, that you may live.
Unite our hearts to love and revere Your Name and observe all the words of Your Torah, and swiftly send us Your righteous Anointed One of the house of David, to redeem those who long for Your salvation.
Appear in Your glorious majesty over all the dwellers on earth, and let all who breathe declare: “The Lord God of Israel is King and His kingship has dominion over all.”
Amen. Selah.

About the Author
Reesa Cohen Stone is a Canadian-born Israeli, who has been living in Be'er Sheva for a lot of years, with a husband, a bunch of kids and grandkids. We all try and see the fun side of life.
Related Topics
Related Posts
Reesa Cohen Stone
Comments