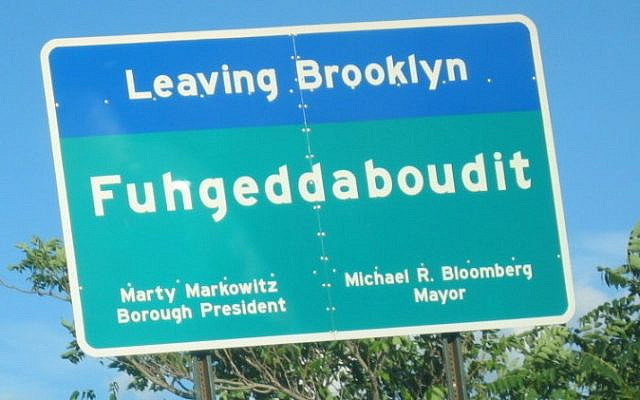 The Book of Deuteronomy is especially concerned with making sure that a Jew will not forget certain essentials. To that effect, it warns against forgetting about G-d (Deut. 6:12, 8:11, 8:14, 8:19, 32:18), the Sinai Revelation (Deut. 4:9), the Torah (Deut. 31:21), the covenant G-d made with the Patriarchs (Deut. 4:31) and with the Jewish People (Deut. 4:23), the way the Jews provoked G-d in the desert (Deut. 9:7), the laws of the tithes (Deut. 26:13), and what Amalek did to the Jews (Deut. 25:19). In all of these cases the Torah uses the Hebrew word shachach/shichachah to refer to “forgetting.” While conjugations of shachach appear over 100 times in the Bible, there is also a lesser-known Hebrew word for “forgetting:” nash/nashah. In this essay we explore the usage and roots of these words and consider whether they are true synonyms.

Whereas the word shachach appears relatively frequently in the Bible, nashah remains a rarity. When Yosef named his eldest son Menashe, he said, “G-d has made me forget (nashani) all my hardship and all my father’s household” (Gen. 41:51). This is an unambiguous case of the word nashah meaning “forget.” [Rabbi Avraham Menachem Rappaport (1520-1594) in Mincha Belulah claims that besides the verse concerning Menashe, no other cognates of this word appear in the Bible. Nonetheless, as we will show, there seem to be a few more examples.]

Another possible case is the verse in which Moshe foretells the Jewish People forsaking G-d, “You will have forgotten (teshi) the Rock (i.e. G-d) who gave birth to you, and you will forget (shachach) the G-d who brought you forth” (Deut. 32:18). In this case, teshi is derived from the same root as nashah, except that the NUN is dropped in favor of a TAV (see Rashi there).

Other cases in which cognates ofnashah are used to mean “forget” include Lam. 3:17, Jer. 23:39, Isa. 44:21, Iyov 39:17, and Iyov 11:6. When banning the consumption of the sciatic nerve, the Torah refers to that nerve as the gid hanasheh (Gen 32:33), which the Zohar (Gen. 170b) explains is food for the “evil inclination” that causes man to “forget” (nashah) his responsibilities to G-d. The Zohar thus understands that hanasheh is derived from the word nashah.

The Talmud always refers to a married woman’s maiden family as her bei nasha (“House of nasha”). A bevy of commentators explain that in this context the word nasha mean “forgetting,” for when a lady leaves her parents’ household to get married, she essentially “forgets” about her first family and joins with her husband’s. [This idea is first proposed by the English Tosafists in Tosafot Chachmei Anglia (to Kiddushin 24a), and later by Rabbi Yehuda Chalava (a son of the famous 13th century scholar Maharam Chalava) and his cousin Rabbeinu Bachaya ibn Chalava (in their respective commentaries to Gen. 41:51). Similar explanations are later proffered by Rabbi Binyamin Mussafia (1606-1675) in Mussaf HaAruch and Rabbi Shmuel HaLevi (1625-1681) in Nachalas Shiva.]

Menachem Ibn Saruk writes that the root of the words nashani and teshi is the letter SHIN alone, which represents the concept of “forgetting.” Others (including Ibn Chayyuj, Ibn Janach, and Radak) write that their root may be NUN-SHIN-HEY or NUN-SHIN-SHIN.

Rabbi Shlomo Pappenheim of Breslau (1740-1814) writes in Cheshek Shlomo that the root ofthe words nashani and teshi is NUN-SHIN, which he explains means “moving something from its natural condition.” This relates to “forgetting”, i.e. the mechanism by which information stored in the brain is “moved” (or “removed”) from its place.

Rabbi Pappenheim adds that other words derived from the NUN-SHIN root include gid hanasheh (“sciatic nerve,” which moves from its place), nosheh (“lender,” who moves his money from his possession to the borrower), anush (a “sick, weakly person,” whose state of health has been diverted from its proper place), and enosh (“mankind,” whose powers are weak in comparison to more-powerful spiritual entities).

Elsewhere in Cheshek Shlomo Rabbi Pappenheim writes that the root of teshi is TAV-SHIN, which means “weakening.” Interestingly, Rabbi Moshe Tedeschi Ashkenazi (1821-1898), the Italian author of Hoil Moshe, actuallyclaims that “weakening” is the primary meaning of the NUN-SHIN root, in line with the explanation of Rabbi Pappenheim.

The Malbim (to Iyov 11:6) writes that the difference between shachach and nashah is that shachach implies that one could later remember that which he had forgotten, while the verb nashah implies something which is completely forgotten and its memory cannot be retrieved or remembered.

Rabbi Samson Rapahel Hirsch (to Gen. 8:1) explains that shachach implies forgetting inadvertently. On the other hand, the term nashah applies to somebody who treats something flippantly, such that if he forgets about it he is more responsible for his forgetfulness. Elsewhere (Deut. 4:9), Rabbi Hirsch writes that shachach implies forgetting as a result of focusing on something else, while nashah is forgetfulness that results from a weakened memory.

Rabbi Eliyahu Katz (1916-2004), the former Chief Rabbi of Slovakia and later the Chief Rabbi of Be’er Sheva, disagrees with the Malbim and Rabbi Hirsch, who understand that shachach and nashah have different meanings. Instead, Rabbi Katz argues that they mean the exact same thing, by pointing to the Targumim who tend to translate the Hebrew shachach and its cognates into Aramaic as nashah-based words. He takes this as evidence that the two words do not hold different meanings, but that nashah is simply an Aramaic way of saying shachach.

By way of metathesis, some connect the root SHIN-KAF-CHET to the root KAF-CHET-SHIN (“deny”/“weaken”) which uses the same letters. For example, Rabbi Yekusiel Yehudah Teitelbaum of Sighet (1808-1883) in Yitav Lev (to Ex. 10:1) writes that shachach (“forget”) and kachash (“deny”) are comprised of the same letters because if one “forgets” about G-d and one’s responsibilities towards Him, then one will eventually come to “deny” His existence altogether. Similarly, when the Psalmist says, “If I forget you, O Jerusalem, let my right hand be forgotten” (Psalms 137:5), Robert Alter and the editors of Da’at Mikra explain that “be forgotten” (tishkach — a cognate of shachach) should be understood in the sense of “be weakened” (tikchash — a cognate of kachash). 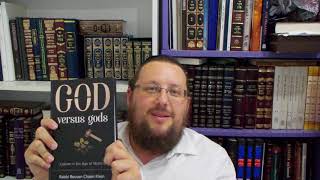 Rabbi Klein’s critically-acclaimed book God versus Gods: Judaism in the Age of Idolatry (Mosaica Press, 2018) is available on Amazon and at better Jewish bookstores.

The Aramaic word shachiyach (“common” or “frequent”) shares a common root with the Hebrew word shachach. Rabbi Moshe Shapiro (1935-2017) notes that this seems counterintuitive: If something is common or frequent, then one would expect that that it is not something which people will forget. Since they constantly come across it, it stays fresh in their memory. Why then are the words shachiyach and shachach related? Rabbi Shapiro explains that one’s mind places all common occurrences within a certain schema of “normal.” Once data is filed away as “normal” it is taken for granted and can be easily forgotten. In fact, the Talmud (Chullin 75b) says, “People will surely remember any bizarre matter.” It is only that which is out of the ordinary that will be remembered. That which is commonplace is at risk of being forgotten. In other words, as they say in Brooklyn, you might fuhgeddaboudit.