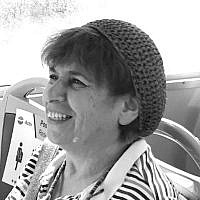 The Blogs
Susie Pam
Apply for a Blog
Please note that the posts on The Blogs are contributed by third parties. The opinions, facts and any media content in them are presented solely by the authors, and neither The Times of Israel nor its partners assume any responsibility for them. Please contact us in case of abuse. In case of abuse,
Report this post. 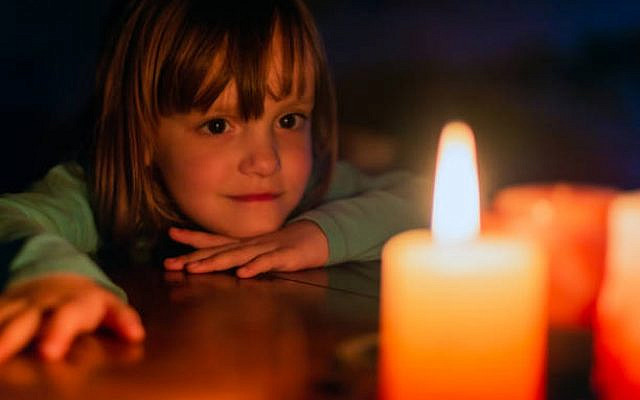 A young girl looks at a lit candle. (iStock)

This morning, the siren caught me in the shower. How could that be? Ever since I’ve lived in Israel, I have always been prepared for the siren, whether at work, in class, driving, or on a bus, you stop what you’re doing and stand somberly at attention. I thought I heard on the news the siren was at 11, but here it was 10 a.m. and it was going off and my hair was full of conditioner. I knew they were wrong!

I was a little jet-lagged, you see, having woken up at the cruel hour of 5:55 a.m. My mission is to send my grandkids off to their respective places while my daughter takes her husband to a medical appointment at the ungodly hour of 6:30. It is still dark at 6 in the morning; the birds are really loud though. I am almost never up this early. Since retiring and even more since shut-downs, I usually stay in bed until much later.

The two girls have wandered into their parents’ bed, while my grandson sleeps in his. The 8-year-old comes out for a drink of water and immediately starts chatting as if I always show up at their house at this hour.

“Go back to sleep,” I urge her, “you have another half hour before you need to get up.” She is about to go back to her parent’s bed, when the 3-year-old comes out, her soft black hair falling over her face, an impish grin behind her pacifier.

The 8-year-old explains that today there will be a loud loud noise today and she shouldn’t be afraid.

“That’s right, there is a siren, and everyone has to stand still and look very serious. But there’s no need to be afraid, it’s only a siren,” I tell her. What does a 3-year-old know about anything? But this is Israel and even kindergarten-age children learn about the Holocaust.

When I was working with such young children I asked the kindergarten teacher how she explained it to them.

“I just say there was a war and many Jews died and today we light a candle and remember them. That’s enough.”

The 8-year-old tells me that she gets frightened when they read stories about the Holocaust in school, so she is allowed to draw or do something else.

“It is very scary, but some stories are about courage and faith and how people helped each other,” I tell her. She listens thoughtfully and goes to get ready for school. The 3-year-old is dressed and she lets me brush her hair and make a ponytail. The 5-year-old joins us and gets ready while explaining to me that why he has to wear a white shirt to kindergarten today.

But 8 a.m. all three children are where they should be and I come home and promptly fall asleep on the couch. When I awake, there is no jet lag. But I did need a shower.

And that is how at 10 o’clock, instead of standing at attention, reciting Psalm 121 to myself, which I do during the two-minute siren, I was naked and wet. I should do something, I think. I turn off the water, leaving the conditioner in my hair, and think. Showers have a dark connotation when it comes to the Nazis.  I shudder. Didn’t Aunt Rose describe to us how all the women had to walk naked to get their uniforms for the work camp? How did the old women feel? How did the young teenage girls feel walking naked past the German soldiers?  Ugh. It was the beginning of the end for many of them.

I always admired her for that. Hope. Maybe that’s how she lived to the ripe old age of 96.  I turn the water back on. The siren is over.

About the Author
Susie Aziz Pam is an Israeli writer who writes in English. She is living the dream on a kibbutz near Jerusalem, with her husband and family. When she is not writing, she spends her time swimming, gardening, and baby-sitting her grandchildren. Galilee Gold is her first published novel.
Related Topics
Related Posts
Comments