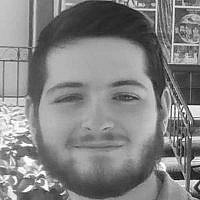 The Blogs
Meir Brodsky
Apply for a Blog
Please note that the posts on The Blogs are contributed by third parties. The opinions, facts and any media content in them are presented solely by the authors, and neither The Times of Israel nor its partners assume any responsibility for them. Please contact us in case of abuse. In case of abuse,
Report this post. 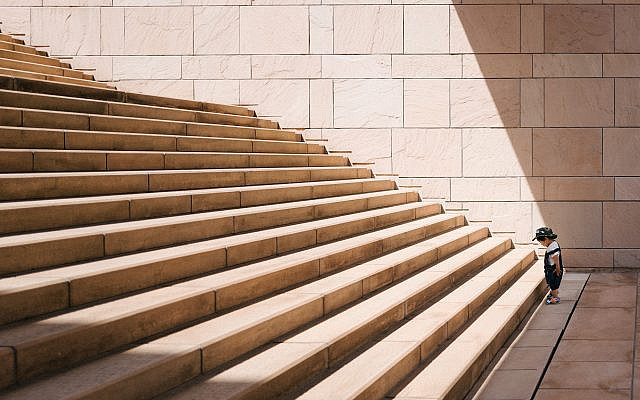 Photo by Jukan Tateisi on Unsplash

During the month of Elul, and particularly during the last few days before Rosh Hashana, there is a heavy emphasis in the Jewish world on Teshuva (Repentance), on seeking forgiveness for our past misdeeds and working to improve ourselves onward. However, while sending a mass generic “Do you Mochel (Forgive) me” text to everybody you know is a cute gesture, the actual process of Teshuva is a long and challenging path, of which I believe there are two categories:

Which of these categories is the more challenging process to successfully take upon oneself? I’ve found that many, upon first asked this question, immediately pick one category out as a no brainer for being more difficult, myself included. However, as I received different answers and reasoning from many people, I began to dissect the process deeper to view all the challenges that can be associated with each. The result, an organized layout of the challenges of both types of Teshuva, actually made it easier to manage and overcome said challenges for a more effective and meaningful Teshuva process. Just as many people organize their busy schedules by writing it all out on a list, the same basic organization technique can work for Teshuva.

The Confrontation: Probably the most commonly thought of challenge when it comes to Teshuva is associated purely with Teshuva with people: the absolute uncomfortableness of it. To confront somebody you’ve wronged in it of itself can be awkward. Then you have to deal with whatever the response is. Sometimes the response can be gracious and heartwarming, but the fact is apologies are not always accepted. It can be painful, and the buildup towards this confrontation and response can fill one with anxiety.

On the other hand, when apologizing to Hashem, there’s no worry of an awkward confrontation, or direct negative response. In fact, on the most basic level, there is no response. Certainly not in the same way as a response you’d get from another person. And this, while alleviating the challenge of apologizing to a person, makes way for a separate challenge. You don’t get a direct response when apologizing to Hashem. You don’t know if it was fully accepted. You don’t get that feeling of closure that comes with a direct response. It’s difficult to know when you’ve done enough. This lack of resolution can make it difficult to motivate oneself to begin the process in the first place.

The Access: I mentioned that it can be hard to confront the person that you’ve wronged, however sometimes it’s not just hard, it’s outright impossible. The person you want to make up with may be unreachable now. In this modern age it is significantly easier to get in touch with somebody than it once was, but it’s still not always possible. You may not have contact info for them, or the feud could have been so harsh that they won’t answer any attempts. And of course, the possibility exists that the person is simply not alive anymore, or not in a mental state to receive and accept your apology. It’s a scary thought, that you can actually be locked out from fully doing Teshuva when it comes to Teshuva with people. There’s an unknown time limit.

On the other hand, when it comes to Teshuva with Hashem, for as long as you live you have open access. At least, that’s what it should feel like. Once again however the reality is that we don’t always feel like we have full access to Hashem. This somewhat overlaps with the challenges of Confrontation, but it is often hard to truly know if we have full access to Hashem, even though we always should. Even in Jewish thought, there are traditionally times when the Gates of Heaven are more “open” to our prayers, such as Neilah on Yom Kippur. When trying to do Teshuva, it can be hard to get rid of the nagging thought that our method of connecting with Hashem is wrong or silly, and without the direct feedback, there’s nothing to directly validate that you are making contact, which can be frustrating.

The Knowledge: You can’t do full Teshuva for something you don’t know you did. So a huge challenge of Teshuva is having the self awareness and self reflection to realize our misdeeds that we didn’t intend and may not have been apparent to us. When it comes to Hashem, if we unknowingly transgressed, it isn’t generally viewed as a huge deal. The Torah has so many intricacies, nobody can be blamed for not knowing it perfectly. You make a mistake, you resolve not to do it again, nobody is hurt. This is not the case when it comes to misdeeds against people however. When you hurt a person unintentionally, it doesn’t change the fact that a person was hurt by what you did. If nobody alerts you to the fact that you hurt somebody, it can be a real challenge to self-reflect in a way that will have you realize it for yourself, blocking you from fully doing Teshuva.

On the other hand, when it comes to Teshuva with Hashem, the Knowledge can challenge us in a different way. The fact is that nobody goes through Rosh Hashana and then becomes perfect in all their deeds. In fact, there are some transgressions against the Torah that right after Rosh Hashana, you probably know you’ll keep doing. The mitzvot of the Torah are many and difficult, and we know, while trying to do Teshuva, that we aren’t going to get everything. It’s easy to feel unmotivated, or even ridiculous, with this knowledge. “How can I honestly ask Hashem for forgiveness for my actions when I know I will continue, in this misdeed or another?”. Even Judaism is not all or nothing, and Teshuva is a long journey, this sentiment can make it feel pointless if you let it get the best of you.

The Length: Teshuva is often a long process, but it’s not for everything. Many misdeeds against other people are not consistent, everyday things. Often it’s a one-off event, a fight, a remark, etc. As stated earlier, the personal nature of it makes the Confrontation painful, but quick. It’s like ripping off a band-aid, one and done. Of course, often these one off events are a result of more broad character traits that should be worked on.

On the other hand, when it comes to Teshuva with Hashem, it’s nearly never a quick process. Whether it’s Kosher, Shabbat, Loshan Hara, or any other number of things, nobody just decides to do Teshuva and never transgresses in that misdeed again. Arguably, for big things like Shabbat and Kosher, it can even be unhealthy to go from not keeping to keeping fully in one drastic step. The Teshuva process in these cases takes a long time, and is more analogous to rehabilitation than it is to ripping off a band-aid. The journey isn’t always going up either, it is normal to falter many times throughout. The real challenge is to continue to get back up.

The Remorse: Absolutely one of the biggest obstacles to many from doing Teshuva is the lack of true remorse we often feel for our misdeeds. When it comes to our fights and schisms with other people, often, neither side thinks they were wrong! Most people don’t purposely hurt people, and when you don’t think you’re in the wrong, it is easy to think “Why should I ask forgiveness for this? They were the ones in the wrong. They should apologize to me!”. This leads to many “Teshuva stalemates”, where the conflict simply stays on forever. It takes a great amount of strength to decide that this will not stop you from doing Teshuva anyway. The fact is that Teshuva is not just for you. It is for the sake of the other person as well.

On the other hand, with Teshuva to Hashem, the issue with remorse isn’t about conflict, it’s about our understanding of the many laws of the Torah in the first place. The fact is, many of the laws are difficult to understand, not simply in a “what they are” kind of way, but in a “why do they matter” kind of way. There are so many laws that we just don’t know why they need to be followed, and it’s incredibly hard to feel true remorse for not following a law you don’t understand the purpose of. Even if you believe that the Torah is the source of ultimate truth and it’s laws are absolute, it takes a level of Emunah (Faith) that is difficult to attain to be motivated to do Teshuva for something that you don’t fully understand.

Teshuva is very challenging. We’ve certainly established that. In addition to these five challenges above, I’m sure there are many more, all depending on individual circumstances. At first, the challenges can seem overwhelming, but by identifying the hard parts of the process that are stopping you, you can begin to develop a strategy for how to overcome them. Everybody finds different challenges more or less difficult than the other, and none of us are going to beat every challenge this year, or the next, or ever. But we can’t let that stop us from striving to be better. This Rosh Hashana, identify your challenges, strategize how you can overcome them, and join the rest of Klal Yisrael in our goal to grow stronger in our Middot for the coming year.

About the Author
Meir Brodsky is a recent graduate of Rutgers University, with a degree in the fascinating field of Sociology and the slightly less fascinating field of Human Resource Management. Raised in the holy land of Teaneck, NJ, he currently works with The Aleph Institute. Meir enjoys analyzing a wide range of Jewish culture, ideas, and experiences through a Sociological lens, and evidently, sometimes he'll even write about it.
Related Topics
Related Posts
Comments