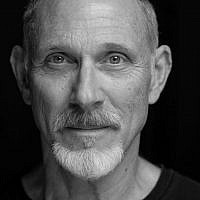 Based on the last day of 2020, the new year looks surprisingly bright. Seriously, I’m reporting this from Tel Aviv in disbelief.

They’re telling us that Israel leads the world in inoculating its population against Covid-19.  As of this writing, the country has vaccinated 1 million residents, reflecting more than 10% of the population. The Israel Health Ministry has said it aims to vaccinate 25% by the end of January, with the goal of reaching “herd immunity,” by midsummer, if not sooner.

Of course, you don’t have to believe me, an American-Israeli citizen now settled in Tel Aviv. Check out the Associated Press, BBC, Breitbart, and the Jerusalem Post. (The Times of Israel, too.)  They have all covered Israel’s vaccine roll-out.

My wife and I are still pinching ourselves. A married couple we know back in our former home of Wisconsin, both of them well over 70, told us they don’t expect to get their first vaccinations before March. One has serious lung-related problems.

On Wednesday, without an appointment, we walked 20 minutes from our apartment to Rabin Square where we joined a line leading inside a tent staffed by healthcare workers wielding cotton wads. 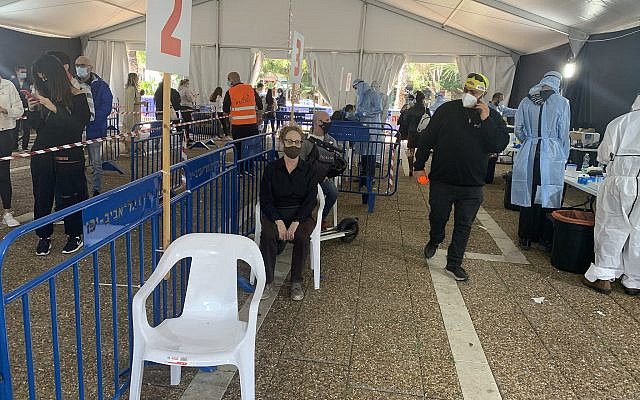 Waiting to be Swabbed (photo by Marc Kornblatt)

Within a half hour, we had our throats and noses swabbed and were out of there. Although they told us that it might take as long as 72 hours to receive the results, we received ours (both negative) within a day.

As adults over 60, we placed high on the priority list and had vaccination appointments scheduled for January 5. To our surprise, the morning of December 31 we received a message from the city informing us that we could get our shots immediately.

From the moment we received that message, to making a same-day appointment, walking to Rabin Square, waiting on line, getting stuck, and sitting in the tent for 15 minutes to make sure we suffered no negative reaction, it took us under two hours. 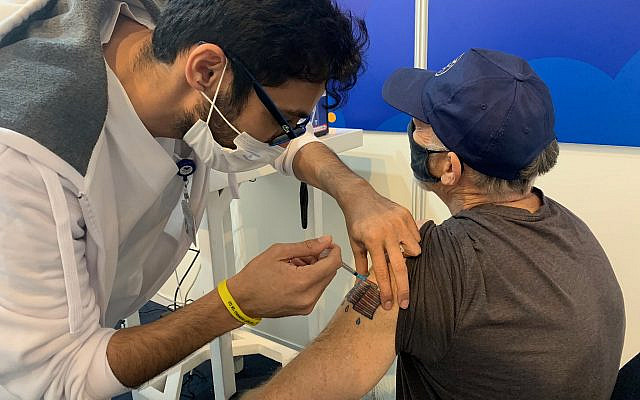 Getting Stuck (photo by Judith Kornblatt)

If only our efforts to obtain new Israeli drivers licenses had gone like that. After two trips to the Department of Motor Vehicles, perhaps a dozen phone calls, and nearly a year-long wait, we still don’t have them. But never mind.

Granted, I may be biased by personal experience. That said, it appears to me that the government’s vaccine rollout is a bonafide success. Even jaded friends who were born here have found the inoculation process nothing short of miraculous.

“It shows what Bibi is capable of when he wants to make a good impression on voters,” one friend explained.

Ah yes. The voters. In March, Israel will hold its fourth national election in just two years, a record-breaking feat that many blame on Prime Minister Benjamin Netanyahu.

This is the same prime minister who previously warned Israeli Jews that Israeli Arabs would take over the country unless he was reelected. The same Bibi who is currently embroiled in three court cases involving breach of trust, bribery, and fraud. The same man who is now promising to aggressively seek the Arab vote in Election #4. But never mind.

My wife and I, having gotten our first shots, are scheduled for round #2 in three weeks. In a word: WOW.

As we left the medical tent, we happened upon a 6-ton bronze statue. Recently installed in Rabin Square, it was sculpted by Artist Itay Zailit in honor of protestors who demonstrated against Benjamin Netanyahu not far from the prime minister’s official residence in Jerusalem. 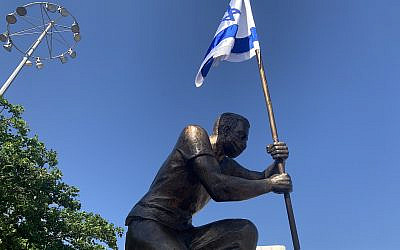 Zailit named his sculpture “Israel’s Hero,” (“Gibor Yisrael”), a title referring to a decoration for valor given to Israeli soldiers. He was inspired by a photograph of a protestor kneeling as police drenched him with a water cannon. The protestors now call Paris Square, where Zailit originally erected his hero,“Democracy Square.” 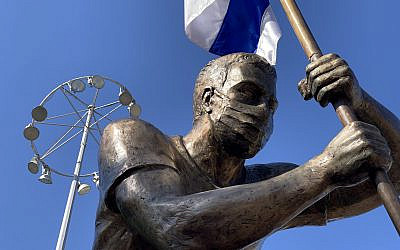 The protests, Bibi’s court cases, and the Covid-19 inoculation drive continue. Campaigning for the March Knesset election has yet to begin in earnest, but my wife and I are ready. By then, we’ll have had our second shots.

Whether our drivers’ licenses arrive by then remains to be seen. But never mind. We’re ready for what lies ahead.

Fortunately, we’ve found ways to keep smiling through the pandemic.

As we say in Wisconsin, Forward!

About the Author
Filmmaker, playwright, and children's book author Marc Kornblatt is the producer/director of the award-winning documentaries DOSTOEVSKY BEHIND BARS, STILL 60, WHAT I DID IN FIFTH GRADE, and LIFE ON THE LEDGE, among others, and more than 20 web series, including MINUTE MAN, ROCK REGGA, THE NARROW BRIDGE PROJECT, and BLUE & RED, RESPECTFUL ENCOUNTERS OF THE POLITICAL KIND. He and his wife made Aliyah in 2019 and now live in Tel Aviv.
Related Topics
Related Posts
Comments