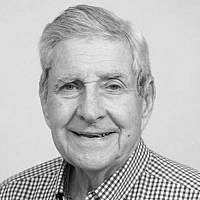 The Blogs
Stephen Stulman
Apply for a Blog
Advertisement
Please note that the posts on The Blogs are contributed by third parties. The opinions, facts and any media content in them are presented solely by the authors, and neither The Times of Israel nor its partners assume any responsibility for them. Please contact us in case of abuse. In case of abuse,
Report this post. 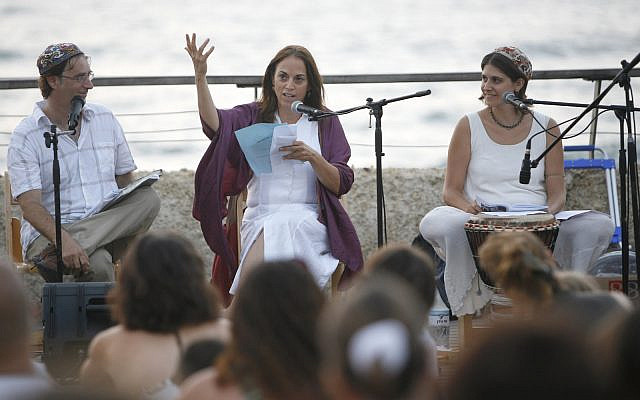 If you asked Israel’s founding generation to sum up the country in three words, they would likely describe Israel as a Democratic Jewish State. Today, many people will answer by saying ‘Start-Up Nation’ or ‘High Tech Nation.’ While the economic boom brought to the country by its tech sector is a good thing, we should all ask ourselves: do we really want Israel to be defined by its economic success rather than its core values?

This isn’t a theoretical question. Narratives are what push public policy and decision-making. The current Israeli government has allocated large budgets to increase the number of employees in the high-tech sector from 10 percent of the workforce to 15% within five years. At the same time, it has all but neglected innovative, non-Orthodox, Israeli-Jewish education.

Let me be clear: of course, I want Israel’s economy to boom and be self-sufficient. However, supporting the only Jewish nation-state in the world means I worry a lot more about the lack of a meaningful Israeli-Jewish identity than I do about the lack of software engineers.

To truly protect Israel’s identity as a Democratic and Jewish state, Israel needs to push for the decentralization of its ‘Jewish’ identity. Being democratic means having thriving grassroots organizations, social movements, and respectful discourse among people you disagree with, in order to find a way of living side by side. The same thing needs to happen with the emerging Israeli-Jewish identity: it must be built around grassroots movements and social groups.

This proposal is not radical. In fact, it is traditional. Our great-grandparents in Poland, Yemen and France called such groups communities. Their spiritual leadership was chosen, and supported, by the Jewish families in the community, not by their governments. And, these communities didn’t all look alike. Practices varied, traditions changed, and distinct identities were kept. Yet they were all led by spiritual community leaders, and they all viewed themselves as part of the Jewish family.

At the onset of the current Israeli government, there was hope not only that it would understand this, but that it would act in light of this understanding and support Israeli-Jewish communities. Sadly, reality shows otherwise. Until now, there is not nearly a sufficient budget or a serious long-term governmental plan dedicated to supporting pluralistic, egalitarian, non-authoritarian Israeli-Judaism.

Israel’s inception in 1948 was a turning point in Jewish history. For the first time, Jews stopped taking ownership of their Jewish identity and outsourced it to the central government of the Jewish state. From that day onwards, fewer and fewer Israelis were exposed to the many interesting and engaging ways in which Judaism could manifest itself. Today, the vast majority of non-Orthodox Israelis aren’t aware they have a choice when it comes to Judaism.

For Israel to thrive, it needs diverse and vibrant Jewish identities, created by authentic, relevant and engaging Israeli-Jewish communities. Such communities can only be built by supporting grassroots organizations fostering modern, meaningful Israeli-Judaism from every movement and denomination.

These groups also need to be distinctly Israeli, not an attempt to emulate communities in North America: Beit Tefilah – known for its joyful public Shabbat eve services at the Tel Aviv Port –  is not the same as Nigun HaLev, a community in northern Israel’s Nahalal that calls itself a “spiritual start-up,” or Congregation Zion, led by the inspirational Rabbi Tamar Elad-Appelbaum in Jerusalem. Yet all three share something in common: they are fostering a new Israeli Judaism.

Israelis need to stop outsourcing their Jewish identity to the State and take ownership of their Jewish identity. Let’s create an Israeli society in which everyone can debate what it means to be a modern Jew. We need educated, creative Israeli Jewish leaders to propose what Shabbat might look like, or how we marry, divorce and celebrate together.

A lot of water has flown in the Yarkon since Jaffa Oranges were Israel’s most recognizable export. Just as the country’s economy has evolved over the past 75 years, so must its Jewish identity. It is time to decentralize the definition and expressions of Judaism in Israel by empowering innovative, communal spiritual leaders, not politicians, to create and curate them.

About the Author
Stephen Stulman is president of the Julius Stulman Foundation, which promotes the Israeli Judaism movement.
Related Topics
Related Posts
Comments