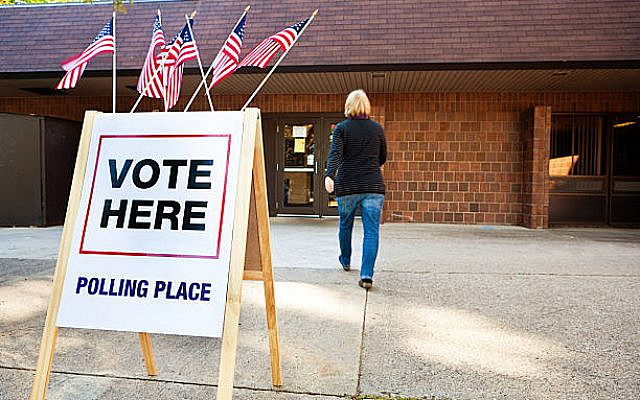 Yom Kippur is a special day for Jews around the world, as we contemplate our faults and give voice to our hopes for the future. For Israeli Jews, the day has an added dimension, as the scars and aftershocks of the war of Yom Kippur day in 1973 continue to resonate in Israeli society. It was the day Israel was caught off guard, when it learned that even a decisive military victory as it had in 1967 would not mean the end of future conflict. So Israel must be prepared, and in the intervening years, Israel and the United States have built an historic strategic and defense alliance that works to ensure Israel can defend itself while enhancing America’s national security.

Electing pro-Israel candidates to Congress is important to the continued vitality of this alliance. While self-proclaimed “pro-peace” and “pro-Israel” organizations like J Street have repeatedly endorsed, fundraised for, and spent funds trying to elect the candidate likely to be less supportive of the U.S.-Israel relationship, groups like Pro-Israel America continue to push partisanship aside for the greater good of strengthening our nation’s longstanding bipartisan consensus on the U.S.-Israel relationship. And with anti-Israel rhetoric from a small group of detractors in Congress growing louder, it is critical that we ensure the 118th Congress the most pro-Israel Congress ever.

Ninety percent of Pro-Israel America’s endorsed primary candidates – proven supporters of the U.S.-Israel relationship – have won this year. Our work, however, isn’t done until our endorsed candidates officially cross the victory line in November’s general elections.

We are closely watching 14 specific key House races, some of which are among the most competitive races this midterm election cycle. The candidates may vary widely along the ideological and political spectrum, but they all understand the critical importance and value of continued robust economic, scientific, and military cooperation between the United States and Israel.

On the Democratic side, we have our eyes on incumbent Representatives Henry Cuellar (D-TX), Jared Golden (D-ME), Josh Gottheimer (D-NJ), Susie Lee (D-NV), Mike Levin (D-CA), Elaine Luria (D-VA), Kathy Manning (D-NC), Chris Pappas (D-NH), and Dina Titus (D-NV). Some, like Titus, have already faced primaries against anti-Israel candidates. Titus soundly defeated her pro-BDS primary opponent who had aligned herself with the “anti-Israel caucus” by 60 points. All, however, face Republican headwinds during the midterms.

Golden, Luria, and Pappas – members of Congress who have emerged as leaders who support a strong U.S.-Israel relationship – are heading into November against formidable opponents in their swing districts. They have prioritized advancing legislation that promotes the U.S.-Israel relationship and have emerged as critical pro-Israel voices within the Democratic Party. Each defeated their general election opponent by less than 6 percentage points in 2020, certainly indicating that their re-elections are no guarantee during a midterm cycle in which Republicans are favored to take back control of the House. Their pro-Israel leadership in the Democratic Caucus are critically important, as are the many pro-Israel Democrats facing re-election challenges in November.

On the Republican side, we are keeping close tabs on Representatives Don Bacon (R-NE), Brian Fitzpatrick (R-PA), Young Kim (R-CA), Michelle Steel (R-CA), and David Valadao (R-CA). Congressman Bacon, who cosponsored the U.S.-Israel Cooperative Enhancement & Regional Security Act and the anti-BDS resolution in the 116th Congress, had a highly competitive re-election in 2020, defeating his opponent by 5 percentage points in a swing district that went for President Biden. Rep. Fitzpatrick, who has championed anti-BDS resolutions in Congress, won re-election in 2020 by a 12-point margin, and while he looks strong going into November, Biden narrowly won this district in the 2020 presidential.  Freshmen members of California’s House delegation Young Kim, Michelle Steel, and David Valadao each flipped Democratic sides in 2020 by less than two percentage points. All have stood firmly with Israel during rocket attacks fired by Hamas and have supported key bipartisan legislation, such as efforts to build upon the success of the Abraham Accords; they each face close races in their toss-up districts.

Success in these races, and others, is critical to ensuring continued, vocal bipartisan leadership to support the U.S.-Israel relationship and ensure that our ally, Israel, can address the various security challenges facing the Jewish state.  This is the best way we can fight back against those who seek to leverage every opportunity possible to vilify, demonize, and delegitimize Israel.