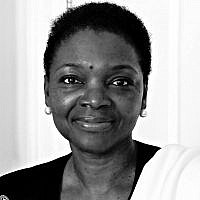 The Blogs
Baroness Valerie Amos
Apply for a Blog
Please note that the posts on The Blogs are contributed by third parties. The opinions, facts and any media content in them are presented solely by the authors, and neither The Times of Israel nor its partners assume any responsibility for them. Please contact us in case of abuse. In case of abuse,
Report this post. 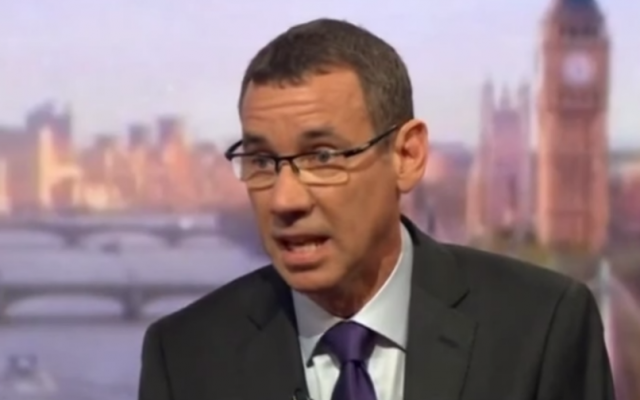 Israel's Ambassador to the UK Mark Regev, interviewed by the BBC on May 1, 2016 (BBC screenshot)

Last Thursday, Ambassador Mark Regev – who wrote in the Jewish News this week – spoke at SOAS University of London at the invitation of the Jewish Society.

It was an invitation that caused controversy because a lot of students and staff are strongly opposed to Israeli policies in relation to Palestinians, especially settlement activity in occupied Palestinian territory. SOAS’ position has always been, and remains, that it is a place that promotes freedom of debate.

There is a long tradition of hosting speakers from all over the world and we do not close down or stop events taking place owing to the political views or beliefs of speakers. We’ve been doing this throughout our proud 100-year history.

SOAS prides itself on its diversity and the commitment of our students and staff to making the world a better place. We know this will sometimes create disagreements but that is an important part of what universities are about. The ability to argue, debate, challenge, make one’s case with confidence and listen to the views of others, even if you don’t agree with them.

Standing up for freedom of debate is an important way to support our students. One of the core components of these freedoms is the protection of minority views and opinions.

Even where – or perhaps especially where – those opinions are not ones we individually or collectively share, the defence of freedom to speak and debate is paramount.

SOAS’ Jewish students – who come from many countries – must feel their identity is respected and that their voices can be heard.

They have the right to feel safe among the expression of views that are critical of, as well as supportive of, Israel. Taking a critical stance towards the policies of the Israeli government – or any government – is part and parcel of the cut and thrust of debate on university campuses and a vital ingredient of our democracy.

While some student voices may be well heard at SOAS, we are aware the voices of many of our students are not heard or dismissed in the context of wider debate on issues including immigration in the UK or in their own countries of origin. The government’s Prevent strategy seeks to tackle radicalisation by placing some limits on freedom of speech. SOAS has vigorously defended the right of controversial speakers to speak on campus, in the face of some public criticism and pressure from government.

But freedom of speech is not a carte blanche for the expression of racist, anti-Semitic or other discriminatory views. Far from it. It’s about respecting the right to hold different opinions, within the boundaries of the law and being able to express them without intimidation.

We are fully aware of the International Holocaust Remembrance Alliance’s definition of anti-Semitism, which was recently sent to universities by the UK Government for their information. We are also aware the definition is a matter for intense debate among scholars in the field. As a university, our role is to facilitate this debate, not arrive at a final definition. This is true for anti-Semitism as well as Islamophobia and other forms of racism, which we study.

SOAS has more than 100 scholars specialising in the Middle East. Our long-standing expertise in this area ensures we are able embrace the multiple and nuanced approaches that characterise the political, economic, cultural and social circumstances in the region.

As Dr Yair Wallach, chair of the Centre for Jewish Studies pointed out in his recent blog about the Hebrew and Israeli Studies programme at SOAS, we aim to move beyond “the heated, over-familiar, and frustratingly performative debate” on Israel and Palestine.

We are the only place in the country where students can take not only a Hebrew degree, but also a joint honours course in modern Hebrew and Arabic, splitting their year abroad between An-Najah National University in Nablus and the Hebrew University in Jerusalem.

SOAS has a strong academic track record in research and teaching that relates to Israel Studies and Jewish culture – including the UK’s first professor of Israel Studies, an active centre for Jewish Studies, a range of degree programmes – and the school is home to the Jewish Music Institute and the European Association of Israel Studies. All of this is part of our leading role in the development of thinking on issues pertaining to the Middle East.

I am acutely conscious of the need to balance conflicting interests from across our academic community, the realm of public policy we operate within, and the vital social, cultural and political matters we study at SOAS.

Freedom of debate in a respectful, open, robust and engaged environment is a lodestar through these sometimes tricky waters.