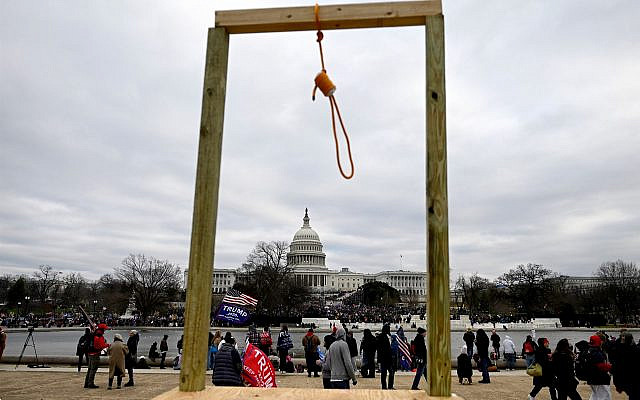 This is for all those wonderful Facebook Family and Friends who’ve wondered where I’ve been since January 7 and other interested in the issue of social media censorship and their “Community Standards” Policies and Procedures.

On January 6, 2021, upon hearing on CNN that guns were drawn by law enforcement on rioting Trumpublicans, white supremacists, neo-Nazis and thousands of other murderous, delusional anarchists trying to overrun the Capitol building with shots fired, one person killed and members of Congress hiding for their lives, I posted on Facebook twice that DC authorities should use deadly force and ask that they “shoot to kill.” I requested that twice, not realizing that within 48 hours I would receive first a 7 day suspension from FB and then a 30 day suspension from FB for “violating community standards” by, in their mind calling for violence against others.

In light of the second impeachment of Donald Trump and the indictments of scores if not hundreds of rioters and the horrific testimonies of overrun law enforcement, frightened legislatures and visual images of what was really going on, the request was perfectly reasonable and simply asking law enforcement to do its job…to protect and serve innocents from the dangerous murderous mob. Apparently ultimately there were 7 deaths on that day and FB decided to suspend me for crying for help for those innocents.

Since that time I have not been able to comment publicly on the many horrific crimes of Trump and his cronies through the inauguration and of my and others incredible relief with the installation of Joe Biden and Kamala Harris on January 20, 2021. I have not been able to comment on the incredible difficulties my wife and I are having trying to find a place to get the COVID Vaccine in the criminally incompetent system laid down by the Trump administration filled with booby traps for the Biden Administration. I have not had the chance to share the wonder and enjoyment of my 75th birthday zoom celebration with friends and family from over 75 years of life. I have not had the chance to fulfill my 22 year obligation of sharing all the news, views and schmooze that Central PA Jews can use in my capacities as Publisher and Editor of  Kol Central PA on Facebook where I routinely post notices of events, news, obituaries and commentary. I have not had the chance to do as I do every day, send birthday greetings to FB friends, family and loved ones.

No friends, without regards to hearing my side of the story, I was picked up by a Facebook analogue, charged, tried, convicted and sentence without benefit of due process which was denied in an “Oversight Board” appeal. I have warned about the rise of “Corporatocracies” and this is an example of an unaccountable corporation can make arbitrary decisions over otherwise law-abiding citizens for whatever arbitrary and inconsistently pernicious and punitive standards they set catching innocents in their web as well as the really guilty. Think about it, dear readers, all I asked law enforcement to do was to return fire on a riotous mob that was threatening them and the lawmakers we entrusted to protect our democracy…and that’s a violation of Facebook Community Standards, such that they are. #FreeEdBeck