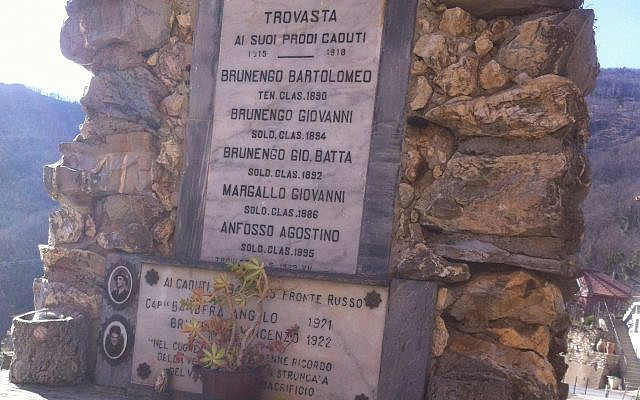 Friday evening found old friends Jenna Brilliantine and Kalani, who goes by one name only, welcoming the weekend at their favorite pub, the Nicer Borowitz, and primed for a couple of hours of relaxed conversation and mild intoxication.

It had been a rough week on the Alien Planet, the kind of week when two good friends say What the heck! and go out somewhere after work on Friday and spend a little of their hard-won income to de-stress a little.

Kalani’s boss at the Ancient Earth Archive had lately been hinting darkly about budget cuts and possible downsizing. Ms. Brilliantine, known to most people as Ms. B and to intimates as Jenna, was a little fed up with being all things to all two dozen kids in her kindergarten class while her indispensable robot assistant, Cinzano, was out for their quarterly lube job. Meanwhile, the Returnee spacecraft was still orbiting in quarantine. No one could say when it might be released and its passengers and crew permitted to disembark. Social tensions were rising everywhere in the city, and beyond. The friends agreed that, all things considered, some restorative measures were certainly called for. An evening at the Nicer Borowitz should be just the ticket. The beer wasn’t expensive and the vegan bar snacks would do for dinner.

“I love that this place is named for a long-dead Old Earth humorist,” Kalani commented idly into a companionable silence while they waited to be served at the bar. “Don’t you, Jenna? I mean, the archival documentation strongly suggests that this Borowitz fellow was an exceptionally creative and funny satirist who could also be rather nasty, too, apparently. So do you think he’d be gratified or annoyed by someone’s naming their pub the Nicer Borowitz?”

Ms. B shrugged. “I don’t know and I don’t care. But the NB has been around for decades. I wonder who named it that in the first place? Like, who would know archived historical gossip like that?”

Now Kalani shrugged. “Maybe a former archivist. When people burn out at the archive and change direction, they tend to go for something radically different. Running a pub is well within the range of typical choices, I’d say…” She trailed off into silence, thinking back to some of her colleagues who’d switched careers in the last few years.

They stood at the bar, not in a hurry, awaiting their turn with Rosie, the regular Friday night shift chief. The Nicer Borowitz was an affordable, pleasant, friendly local hangout. Comfortable acoustics meant that you could hear yourself think and hold a normal conversation and it didn’t generally get raucous before eleven. Rosie and the other baristas knew the regulars. Now – “Thanks, Rosie!” – the friends took their beers and the proffered bowl of veggie samosas to a table for two, sat down, and slouched happily. The place was filling up. They sipped at their beer and stared companionably at nothing in particular, mellowing out in the shared harmony that comes from long habit.

Someone put “Ballad of the Returnees” on the juke box. “Oh no, no, no, please, not that again!” Ms. B put her elbows on the table and made a face at the juke box. “Whew. What a week!”

“Don’t let’s talk about the starship’s quarantine tonight, Jen. Anything new with you in the romance department, maybe? For a change?”

“Don’t be a Borowitz, Kalani!” said Ms. B crossly. But then she laughed. “I’m counting on the Returnee craft to disgorge me a new love interest eventually, but at this rate, by the time it happens I’ll be too old to enjoy it.”

“Do you ever hear from Whatshisname anymore?”

“You mean the Comparative Religions and Cultures guy?”

“Nah. I heard he’s got someone new, anyway. And honestly, I don’t care. Bully for him. What about you?”

“Nothing that could keep me warm in bed at night. Right now, I’m totally infatuated with this amazing woman scholar I’ve been cataloguing who wrote a lot about weapons, psychology, and gender near the tail end of the Old Earth Era. I sit there reading her stuff and can almost see her in front of me, on a stage, talking passionately into a headset, like for a TED talk—”

“Yeah, you know. It was a fad for a long time, 21st Century – crisp short presentations to group gatherings that were also streamed digitally on their Internet…”

“Ah. Sounds vaguely familiar, yeah. What was her name, this paragon of scholarship?”

Kalani grinned. “Her name is unpronounceable – mostly consonants. I have nicknamed her Dr. Ziploc.” She guffawed.

“Why is that amusing?”

“Because it’s all about when the complicated is suddenly made simple. Ziploc was a 20th century Earth invention – flexible storage bags that could be self-sealed on built-in tracks, eliminating the need for clips, clamps, and so on. It was extremely simple and yet so much better than the tech they used before that – no comparison. And my Dr. Ziploc has written extensively about late-Earth-era weapons of defense that were such a vast improvement on the prior technologies that they changed just about everything.” Her face clouded. “Not in time to prevent the big apocalypse, evidently… but still.”

Now Ms. B was intrigued. “Such as what?”

“Didn’t you study this stuff in your Gender and Society courses back in the day? It was very much a gendered revolution she was documenting.”

Ms. B considered. “I must have, but refresh my memory, would you?”

“Well…” Kalani paused, marshalling her thoughts. “The built-in, hard-wired, biological tendency to aggression, territoriality, dominance, and violence… not exclusively male but mostly male-driven… was elaborated in ever-more-sophisticated weapons, as you know. From the biblical David’s slingshot to weapons of personal and mass destruction in just a few thousand years… accelerated geometrically by industrialization, empire-building, and so forth. You with me so far, Jen?”

“What Dr. Ziploc has chronicled in fascinating detail is the mostly women-driven revolution in strictly defensive weaponry that followed on the general revelation, not long after the first space travel began, that it was too late to do much to counteract the primal tendency to violence. But it wasn’t too late to develop smart new ways of neutralizing generations upon generations of offensive weaponry. Inventors, scientists, and engineers – overwhelmingly women – began designing spiffy new technologies to counteract one after another of the worst technologies of violent aggression: devices that detected and defused warheads remotely; devices that triggered explosions in geographically distant weapons storage areas; micro-drones programmed to infiltrate alloy- and metal-eating microbes into weapons warehouses and turn the contents into waste; cyber systems that deprogrammed or permanently deactivated targeting systems… stuff like that. And lots more. Basically, they took the existing science and inverted it, elaborating brilliant new ways to save lives and preserve the environment and rescue humanity from its own worst instincts…”

Ms. B waved at the bar for another round. “Go on.”

“But Dr. Ziploc’s best stuff is about the inventions for personal defense in real time in social situations. Personal energy fields that repel bullets, even from high-powered repeating rifles; emergency buttons that stop a crazed attacker in their tracks with an individually-targeted paralytic; all kinds of nifty miniaturized anti-mugging devices; high-frequency wearable rape-prevention gizmos that cause excruciating pain in the attacker’s private parts – that one’s my all-time favorite, of course…”

The drinks came, and another bowl of snacks. “We would have fetched them ourselves, Rosie,” Kalani told her. “But thanks!”

“Of course,” said Kalani presently, between bites, “there have been numerous Dr. Ziplocs over the millennia. Mostly women. Rescuing us from the lethal flaws in our biological blueprint with functionally palliative workarounds. Deep feminist innovation, so to speak.”

Ms. B nodded, dabbing her lips with a napkin. “Good snacks tonight – all hail to the Nicer Borowitz.”

“Let’s toast Dr. Ziploc and all her sisters, Kalani. Here’s to the ultimate future deprogramming of inbuilt human aggression!”

They clinked tankards and drank to the tradition of women who rescue humanity from itself, over and over again, back through the ages and, one must hope, on into the future. Someone put “The Ballad of the Returnees” on the juke box again, and Ms. B sighed.