The Blogs
Miryam Howard-Meier
Apply for a Blog
Please note that the posts on The Blogs are contributed by third parties. The opinions, facts and any media content in them are presented solely by the authors, and neither The Times of Israel nor its partners assume any responsibility for them. Please contact us in case of abuse. In case of abuse,
Report this post. 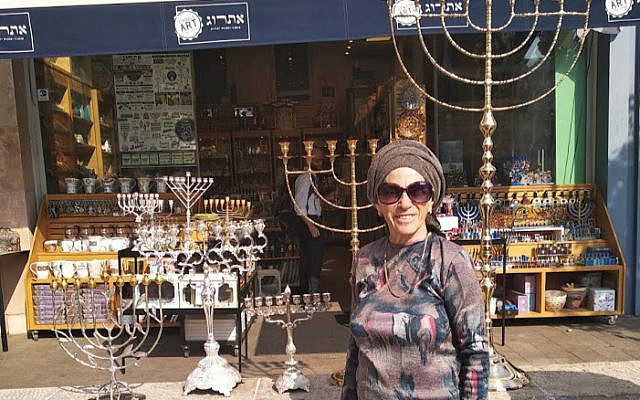 “There was no place like our moshav. It was where our children and grandchildren grew up. Where they played and celebrated holidays together. Our moshav life was a unique family, unlike anything else. Our homes were filled with music and creativity, always ready to host a sojourner for Shabbat.  But one day, like Dorothy in the Wizard of Oz, we were whisked away to another place by a force bigger than ourselves, leaving everything behind” lamented Shoshana.

An all-consuming forest fire, carried by scorching 100-degree temperatures and high winds approached Moshav Mevo Modi’in without warning, destroying everything in its path. Shoshana was suddenly awakened from her afternoon nap with terrifying shouts of FIRE! and EVACUATE NOW! from Leah, a member of the moshav’s security team. A sudden state of life-threatening emergency erupted as everyone’s adrenaline was fueled to flee in terrifying horror. While in a state of panic Shoshana threw on some clothes, grabbed her purse and jumped on her electric bike, escaping to safety, leaving her cat, Sir Lancerlot, behind. She estimates this all took her just 7 minutes.

By G-d’s mercy, there were no fatalities that May of 2019, but Shoshana’s home and pizza restaurant were no longer, leaving behind only a scattering of ceramic pottery shards covered with black ashes on the charred ground. All of her valued possessions that held treasured memories were gone. Miraculously, Sir Lancerlot survived, and through several weeks of rehabilitation for burned paws, is back with the family.  The blaze was among 1,000 fires that spread throughout Israel on Lag B’Omer, burning 2,000 acres of forest, primarily in the Ben Shemen Forest adjacent to Moshav Modi’im.

Having been raised in Woodridge, New York, located in the Catskills, Shoshana was told at an early age by her father that she was a Bat Levi and has fond memories of attending a local synagogue with her uncle growing up.

Instilled at an early age with a love for G-d and her holy heritage, Shoshana became one of the many musical, peace-loving hippies of the 60’s, living in the community of Rabbi Shlomo Carlebach, founder of the House of Prayer in San Francisco.  By 1975 Carlebach made aliyah to Israel and established Moshav Mevo Modi’im, which means ‘light source that gives knowledge.’ Shoshana soon followed, making aliyah a few years later at twenty years of age.

No stranger to suffering through difficult times, she continues to grieve the loss of her beloved daughter, who recently died at 46 years of age, leaving behind five children. Despite the loss of her daughter, and devastation of her community,  Shoshana’s vision for her future has not been diminished, however, she admits to “crying hysterically” for a full 42 days non-stop after the fire, until finally, her strength began to return and she was able to take steps forward. She gives credit to the many donations that poured in, providing her community with essential needs and assistance. Despite their state of loss and trauma, she feels the moshav came together in strength and support for one another. Several programs were also offered, assisting with the crucial need for healing. Therapy groups, dance and craft classes played a positive role in boosting morale. One especially touching example of kindness was the donation of jewelry which was displayed for every woman to freely take from. Each piece tangibly representing a gift of adornment to replace heirlooms lost and a reminder that each woman was beautiful, — brilliantly prophesied in the book of Yeshayah (Isaiah) 61:3 where HaShem informs the mourners of Zion they will be given “…glory instead of ashes, oil of joy instead of mourning, a mantle of praise instead of feeble spirit…”

An opportunity recently arose for Shoshana to purchase another small restaurant in the city of Hashmonaim where she now resides, however, the dream of rebuilding her home in Modi’im is still foremost on her heart, and with the help of donations and her son’s building experience, she hopes this will be accomplished. Currently, the government’s financial assistance does not cover rebuilding costs, however, large caravans are being offered for housing and rental assistance provided.

Much of Shoshana’s strength seems to come from her inner faith and shares that through a series of  miracles, she is where she is today. Yet, she admits, “I turn on the television set and see that the world is a dark place. It is not the way it once was.” Despite a heavy blanket of darkness permeating the world with disease, poverty, and rampant hatred, we can choose to rise above it and move beyond the news.

As we enter the season of Hanukkah this year, there is no better time to anticipate miracles!  The heart of the ancient Maccabee is something we can all grasp today.  Like our courageous ancestors, whose name means ‘Hammer’ we are given a challenging lesson. We have an opportunity to lay down our fears and pick up our hammers — Igniting our faith-driven determination to conquer darkness that lurks around every corner. G-d has created us as human vessels of Light overcoming any devastation and despite what trauma’s we may have endured in life, we are survivors, not victims!

Like Shoshana passionately says, “Don’t give up!” and continues to soldier-on as a modern-day Maccabee, so may it also be with us all. In so doing, the ash-coated pottery shards from our time of suffering become whole vessels once more.       For…. “The L-rd says, behold, as clay in the potter’s hand, so are you in My hand, O house of Israel.”   Yirmiyahu (Jeremiah) Chapter 18:6

About the Author
Born and raised in California, I moved to Alaska just out of High School where I worked on a commercial salmon vessel. After several years, I relocated to Washington State where I raised a family and pursued a career in Juvenile Corrections. Upon retiring, I began writing about my travels and experiences. Over the years, my writing has expanded to include many venues and topics, from the more personal hardships of my life to the more whimsical children's stories. My journalistic stories have been published in newspapers, on-line sites, as well as included in printed books such as "Chicken Soup for the Soul" and "The Coffee House Chronicles". I have recently enjoyed more public interaction through my writing of "spoken word" at local Jerusalem gatherings.
Related Topics
Related Posts
Comments