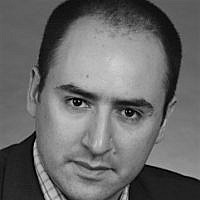 The Blogs
Noam Ohana
Apply for a Blog
Advertisement
Please note that the posts on The Blogs are contributed by third parties. The opinions, facts and any media content in them are presented solely by the authors, and neither The Times of Israel nor its partners assume any responsibility for them. Please contact us in case of abuse. In case of abuse,
Report this post.

It would be wise to look carefully at what the French experience teaches us when it comes to the extreme anti-Israel rhetoric that has spread amongst progressive circles across the US over the last few years. It is now mainly driven by the Boycott Divestment Sanctions (BDS) movement, but one should not read too much into the acronym under which this singular hatred chooses to brand itself. It was called something else before, and likely will be rebranded in a not-so-distant future. It pretends to be an activist movement promoting Palestinian self-determination, but its real purpose is to delegitimize the State of Israel and dehumanize its Jewish citizens.

Although BDS only officially started in 2005, its rhetoric became predominant in France five years prior, when the Second Intifada broke out. I was a junior advisor at the French Prime Minister’s Office and had just arrived at Stanford University as a graduate student when young disenfranchised French Muslims started torching synagogues and attacking Jews in the suburbs of Paris. Synagogues were attacked with Molotov cocktails and set on fire, with some of the attacks occurring while the congregants were present and praying inside. Despite close to a hundred anti-Semitic attacks recorded in September and October 2000, including against Jewish schools, miraculously, no loss of life occurred.

It all started with words. Those of the French mainstream media, which presented the Israeli-Palestinian conflict in such a one-sided manner that there was little to distinguish it from some of the most virulent press in the Arab world. After a few years of slander and portraying the Zionists as sadistic child-killers, the machine could not be stopped. The Zionists became the Jews. Those who want to ignore the relationship between the Al-Jazeera type of reporting that took place since the 1990s in France on the Israeli-Palestinian conflict and the revival of vicious antisemitism, do so at their own risk. The anti-Israel passion that one can observe in the US today among a growing number of so-called “progressives” is very similar to what we experienced in France. It is no surprise that the number of anti-Semitic incidents on US campuses is on the rise, and that almost all of them emanate from a minority of BDS activists who cross the line.

Back in 2000, the Socialist government of Lionel Jospin wanted to believe that these were isolated incidents, and that the best course of action was to do nothing. The analysis was that this was just a temporary spike in violence committed by teenagers who identified with Palestinians. French Jews, especially those living in the impoverished suburbs, were left to themselves. We were not given a very compelling explanation for why some of our fellow citizens thought that the best way to empathize with Palestinians was to burn down synagogues. The mainstream media was, by and large, of no help, when it was not trying to explain to the general public the “understandable emotion” that fueled the anti-Semitic attacks.

The reality of course was that the government completely misread the situation, and this was only the beginning of a new era for French Jews.  A few years later, Jews would be killed in the streets of Paris by the same disenfranchised youth that had graduated from thug-life to jihad. The only thing that they carried forward was an obsessive antisemitism, hidden behind anti-Zionism.

In France, a country in which thousands of Jewish children were gathered by French police officers and sent to death camps during WWII, it was unacceptable for decades to say “sale juif” or dirty Jew. But it became evident that one could (should?) say “sale sioniste” or dirty Zionist. And then of course this went full circle and it was acceptable again to say “sale juif”. That’s exactly what we saw in the street of Paris during the last Gaza conflict, in the summer of 2014. A curious alliance of far-left and far-right extremists, as well as young Muslim fundamentalists, walked side by side. The only political platform that they could agree on was BDS. As French Jews could have predicted, it did not take long for a large group of them to replace the famous “Free, free Palestine” with “Jews, Jews, out of France”.

Where does this rhetoric end? It always ends at the same place, at the gates of Jewish schools. When Mohammed Merah stormed into a Jewish school in Toulouse in March 2012 and shot dead Arieh Sandler (6 years old), his little brother Gabriel (3 years old) and Myriam Monsonego (8 years old), he claimed he was just “avenging Palestinian children”.

To those who say this is yet another ploy to prevent legitimate criticism of the State of Israel, we can only answer that this is a problem they need to address, not us. Many of us are fierce critics of Benjamin Netanyahu, but we have been busy burying our people, mourning for the children we lost and figuring out how to best protect the living. And, surely, we are not ready to ignore the death of our children to save pro-Palestine activists from the embarrassment of seeing their cause produce mass-murderers.

Last but not least, a number of the activist groups that are at the forefront of the BDS movement in the US self-identify as Jewish, and maybe nurture the illusion that it will protect them or some of their community members. Unfortunately, none of this will protect American Jews. The senseless anti-Israel poison that has served as the catalyst to the murder of European Jews in the last two decades is spreading on US soil. It has contaminated campuses, academia and some of the most elite intellectual circles. Our painful experience is that it is a hatred that cannot be contained to speeches and writings, it ineluctably leads to bloodshed.

You can take our word for it, extreme anti-Israel rhetoric always leads to the killing of Jews.

About the Author
Noam Ohana is a Wexner fellow and the founder and President of Tsarfat, the voice of French Jews in the US. His articles on the Israeli-Palestinian conflict and on Antisemitism have appeared in leading publications (including Le Monde, the Huffington Post, Liberation, Slate, The Daily Beast). Mr. Ohana is a graduate of Sciences Po and Stanford University and served in the Israeli special forces during the Second Intifada.
Related Topics
Related Posts
Comments