The Blogs
Isaac Rosen
Apply for a Blog
Advertisement
Please note that the posts on The Blogs are contributed by third parties. The opinions, facts and any media content in them are presented solely by the authors, and neither The Times of Israel nor its partners assume any responsibility for them. Please contact us in case of abuse. In case of abuse,
Report this post. 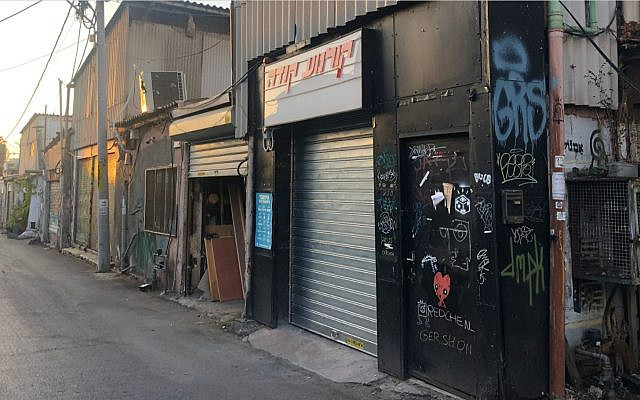 “Movies touch our hearts and awaken our vision, and change the way we see things. They take us to other places, they open doors and minds. Movies are the memories of our lifetime…” ― Martin Scorsese

In Florentin, the grungy halfway-gentrified South Tel Aviv neighborhood whose walls have nearly as much graffiti as its residents have tattoos, there is a small, one-screen independent movie theater called Kolnoa Kanada. Tucked away in a side street alley, sandwiched between a motorcycle repair shop and a furniture repair shop, the “Canada Cinema” is a bona fide neighborhood gem, an oasis of filmgoing disguised as another warehouse. If not for the small marquee above the door, in the daytime you’d mistake it for a garage. But three nights a week, they slide open the corrugated iron gate to reveal a humble concession stand with popcorn and beer that welcomes guests into the narrow sixty-seat screening room, where other worlds await.

In the designation of “small theater,” small is the operative word. The square footage of Kanada’s seating area is less than that of the screens at many a megaplex. The armrests are love-thy-neighbor thin. Leg room is not guaranteed.

What it lacks in size it makes up for with a high quality projector and sound system, and sheer Florentinian charm. And, most importantly, they screen great films — lots of them. In any given week, a French silent-era film, an Oscar best picture winner, and an anime action flick might play three nights back to back. This week it’s Fellini’s La Dolce Vita on Thursday, Friday is Richard Linklater’s Slacker, Saturday, the stop-motion horror, Coraline. Like with Mubi or the Criterion Channel — streaming services where curation is championed over the algorithm-driven sterility of Netflix and kin — showing up at Kolnoa Kanada on any given night is a near guarantee for something interesting. Although they did show Air Bud that one time…

Despite living a three minute walk away, I don’t go to Kolnoa Kanada nearly as much as I would like. The ratio of films I want to see to the number of times I’ve actually been, is embarrassing — I am often thwarted by band practice, social commitments, a late work call, or, occasionally, foreign language films shown (understandably) with only Hebrew subtitles. But all the films I did manage to catch have not only been worth seeing: they were worth seeing on a bigger screen than my living room TV, where I am blessed and also cursed to watch most everything else burning a hole in my watchlist.

Of the handful of great films I have seen at Kolnoa Kanada (Wong Kar Wai’s Fallen Angels, Alfred Hitchcock’s Vertigo, Terrance Malick’s The Tree of Life among them) one has remained with me above the rest: Yi Yi — in English, A One and a Two — written and directed by the Taiwanese master, Edward Yang. A slice-of-life epic far greater than the sum of its narrative parts, it tells the story of a modern Taiwanese family. But to label Yi Yi just a family drama would be to insult the vast emotional intelligence contained in its patient, novelistic ruminations on middle class life in Taipei. 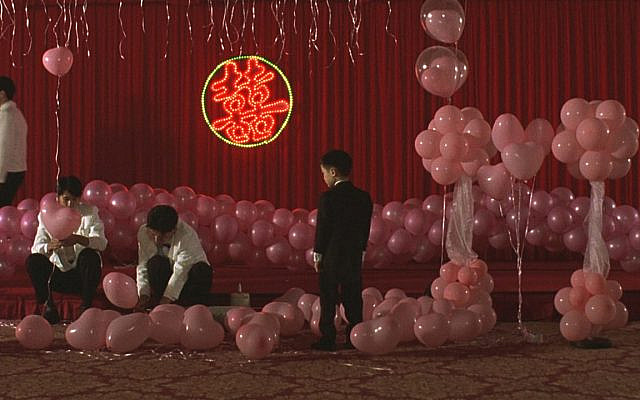 The remnants of a wedding in Taipei

Of the film, the director himself once wrote that it “…is simply about life, portrayed across a spectrum of its span.” Yang achieves this through the confusion of a father, NJ, who runs into an old flame at his brother’s wedding. Soon after, his mother-in-law falls comatose. Meanwhile, his teenage daughter navigates her first romance. Their shy eight-year-old son takes up photography to distract himself from being bullied at school. A sour deal threatens the family business. A funeral brings them together again. All the while the world does its usual dance — strangers drift in and out of perception, people raise a glass to prosperity and drink away the sorrows of misfortune, car lights on the highway reflect in the windows of a high rise, tracing the bloodstream of the city below.

But those are just things that happen in Yi Yi. To read them is not to ruin the experience of seeing the film — as Roger Ebert said, “It’s not what a movie is about, it’s how it is about it.” The awe-inspiring majesty of Yi Yi lies within the audio-visual medium of filmmaking — in how we are shown a spectrum of life’s span.

Edward Yang directs with masterful patience, often locking off the camera and holding a fixed perspective on unbroken shots for several minutes at a time, forcing us to submit ourselves to the emotions of those on screen. His shot compositions are both painterly and architectural, at times bursting with color, other times imbuing the empty spaces of a gray cityscape with emotions far too intangible to notice if we walked past in real life. To experience Yi Yi is to feel for 174 minutes that nothing matters but the images on screen, and yet that everything is important. The apprehension of an overpass. The melancholy of removing wedding decorations. The suspense of watching a child learn to swim. Breath that fills a balloon is the breeze that moves the clouds is the pressurized air in a ventilator tank. We all share experiences with both strangers and loved ones, regardless of whether we or they know it. 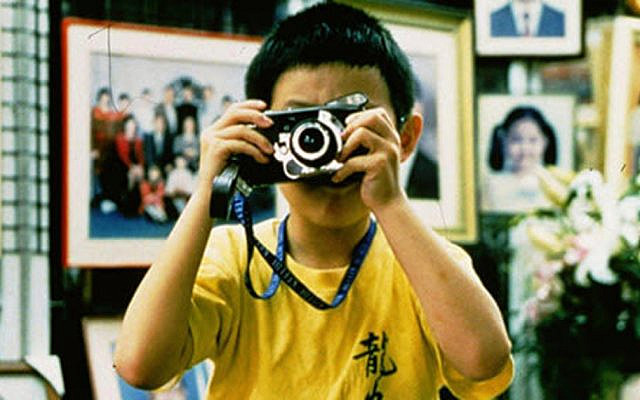 Yang-Yang, the wise beyond his years eight-year-old photographer

Yi Yi’s interweaving storylines unfold like a maze with openings on all sides, no start or finish and no wrong turns. The arguable central character of this vaporous web is also the most unassuming — Yang-Yang, NJ’s eight-year-old son. Overwhelming cuteness and near-nonverbal shyness shroud the wisdom of a young man who is far more perceptive than his bullies or his parents give him credit for — it is wisdom borne not of experience, but of the ability to see what others cannot. After his father buys him a camera, Yang-Yang starts photographing the backs of peoples’ heads, strangers, relatives, and peers alike, for the simple reason that he realizes no one can see them self from behind. Yang-Yang’s artistic pursuit is to offer the favor of a change in perspective. Indeed, though on its surface it portrays the simple machinations of everyday life, Yi Yi is a film that shows us everyday life as if from behind our own heads, allowing us to view the riveting familiarity of life with a depth of empathy that reality does not always permit.

First released in 2000, Yi Yi has smoldered in my mind since January 15th, 2022, when it was screened (as if for me alone!) at Kolnoa Kanada, not only for the innumerable perfect images seared into my brain, but as a testament to the importance of access to good films and the power of small stories made large on the big screen. As a testament to the need for places like Kolnoa Kanada at a time when mainstream cinemas runneth over with depressingly formulaic franchise fodder and legacy remakes.

Great films deserve our full attention, and we in turn deserve to let them overwhelm us — our emotions and, on the big screen, our fields of vision. Marcel Proust wrote, “the real voyage of discovery consists not in seeking new landscapes, but in having new eyes.” Like Yang-Yang’s photographs, Kolnoa Kanada and other cinemas like it provide the service of new eyes; of projecting a reinvigorated perception of the world from behind our heads with cellphones hidden away and no pause button in sight. To be changed, moved, infuriated, confused, even disappointed, all we have to do is watch.

About the Author
Like his hometown, Albany, NY, Isaac brings small-town charm to an urban sensibility. After studying English Literature and Film at Tufts University, Isaac left home to get an MA from Hebrew University, culminating in a passion-project thesis on Emmanuel Levinas’ philosophy in film. Now a PR content writer in Tel Aviv, Isaac fills his time watching movies, cooking, playing guitar in a Grateful Dead coverband, and watching more movies.
Related Topics
Related Posts