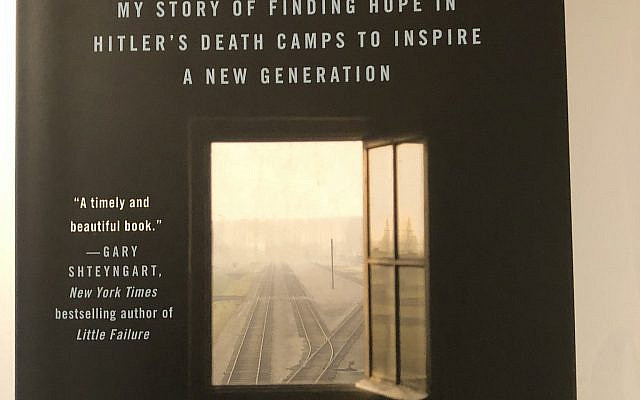 This book by Steve Ross is truly an inspiring story. Interspersed with the author’s vivid recollections of being incarcerated from the age of 8 in a succession of concentration camps are accounts of his interaction as a social worker with deprived and even delinquent youngsters in Boston’s worst neighbourhoods.

Torn away from his home and family by the invading Nazi troops, young Steve (then known as Szmulek) managed to survive the endless starvation, brutality and slave labour in 10 different camps. His account of the brutality to which he was subjected and which he witnessed is enough to turn the reader’s stomach, and would be depressing if it were not for the way he describes how he used the lessons learned in that terrible time to encourage, inspire and motivate youngsters from deprived backgrounds to remain in the education system, and even go to college, in order to attain a better future than that which would otherwise have been their fate.

The accounts of the author’s encounters with the youngsters in Boston and the way he told them about his experiences in the camps and the lengths to which he felt forced to go in order to evade first being captured and then being killed provides an interesting insight into the workings of his mind and his later development. Maintaining that without the occasional small acts of kindness of other concentration camp inmates or glimpses of humanity from fellow human beings he would not have been able to survive.

The author describes the phenomenon of ‘musulmen,’ concentration camp inmates who seem to have become detached from reality, not caring whether they live or die, and explains it as the indication that the individuals concerned have lost hope, and that it was only the faintest glimmer of hope – that he would be freed, that he would be reunited with his family, that he would regain his home – that kept him going. He was, of course, eventually freed, but only one other member of his family survived, and after release from the camp he was sent to America and placed in an orphanage

In the orphanage he was told that the only way to advance in America was to study, and this he did. He worked to support himself and pay tuition fees, sleeping in his car and enduring all kinds of hardships. But he was not brutalised and he persisted in his studies, realising that only by the strength of his spirit would he be able to reach his goal of helping other youngsters achieve a better life. He seems to have been unusually successful in his endeavours, as the mayor of Boston sought a way to honour him, and Steve asked for this to be done by erecting a Holocaust memorial in Boston.

The New England Holocaust Memorial was built as a result, and now stands in an important site in Boston, near other memorials to important figures in American history. Although the building was vandalised in 2017, the local population came out in force to demonstrate against the prejudice and hatred it revealed, and Steve found solace in that. The Holocaust memorial, his two children and his grandchildren are a testament to his endurance, strength of mind, and nobility of spirit.