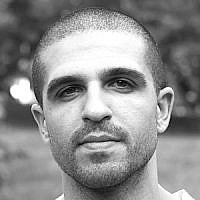 The Blogs
Itay Asaf
Apply for a Blog
Advertisement
Please note that the posts on The Blogs are contributed by third parties. The opinions, facts and any media content in them are presented solely by the authors, and neither The Times of Israel nor its partners assume any responsibility for them. Please contact us in case of abuse. In case of abuse,
Report this post.

It’s a time in our history that’s hard to forget. In the 1950s, when Sephardi Jews were immigrating to Israel in record numbers, there was an obvious clash between the cultures. Some people who were born and raised in Israel saw Sephardi, or “Oriental Jews,” as backward and primitive. The Israeli Foreign Minister, Abba Eban, was famously quoted as saying, “The goal must be to instill in them a Western spirit, and not let them drag us into an unnatural Orient.”

My father was one of those Sephardi Jews who immigrated in the 1950s.

Immigrating to Israel in the 1950s

When my father was 6-years-old, he lost both of his parents. That’s about the time when he immigrated to a country all alone, as a child. Moving to a place that sees you as less simply because of where you’re from made life exponentially more difficult. He had to find strength and he had to persevere with an attitude of survival.

That was a common theme throughout his life. My father experienced more difficulty as a result of the widespread discrimination that came simply by being a Sephardic Jew. He was forced to live further from the big cities. He didn’t receive proper training or education. He, along with his entire community, was put behind the rest of the population because the government systematically undermined the Sephardic community. This treatment meant that my father and his peers had to work harder than anyone else to succeed.

Life for a Sephardi Jew in Israel

Living life in Israel with the last name of Esperanso was never easy. He was laughed at. He felt out of place. His name, something he was given at birth, ended up working to his disadvantage as he tried to gain his ground in Ashkenazi Israel. So, he changed it. He changed the name he was given at birth as a means for fitting in with his new country.

From Hardship to Success

Today, we’re known as the Asaf family, which are the first three Hebrew letters of Esperanso. Looking back, he tells me that there were only two ways to continue with life. To blame the country and the people who never believed in him, or to thrive with faith that you’ll find a way. He chose the latter.

There’s a lot to learn from a person who lived his life like this.

My father used to tell me, “if someone closes the door for you, build a building next to them.” That expression has stuck with me throughout my life and motivated me through some immense struggles. I’ve refused to believe there are things I cannot do. I’ve refused to fall victim to the thought that some people matter less than others.

Today, I am proud to tell my father’s story of thriving in the face of discrimination. I don’t tell it with the hope of eradicating prejudices. I’m not naive to the fact that people will always look at the world – other people included – through their own lens. Instead, I tell it as a way to motivate others to choose the path of success. I tell it to motivate others to look past what the world tells you to be and look instead at what you know you’re capable of achieving.

Today, I live my life with an attitude of, “where there’s a will, there’s a way.” I hope that the system will change and that everyone will be given equal opportunity. Until that day, my goal is to encourage people to thrive under their own power.

I’m doing this every day through my company, which I proudly named Esperanso. I chose the name that my dad shied away from growing up because I love what it represents. It’s a part of my family’s past, even if it’s a painful memory. It’s a part of my lineage, and even though some people might judge it, the name tells a deeper story. It tells a story of more than survival. It tells a story of thriving in the face of adversity. As a company, we take a strong stance on giving back to the country we love – Israel. In spite of the discrimination my father felt when he immigrated here, we love this land and my family is proud to be able to give back to the people of this land.

Perhaps you need to hear this message today too. You have a choice, just like my father had a choice. Your options are to let the world tell you what you should be or to ignore them and do what you know you can. I encourage you to go after option number two and show the world what you’re capable of achieving.

About the Author
Itay is a graduate of Yizrael Valley College in Behavioral Science. He has worked as an informal educator with Israel’s Ministry of Education and is an expert in Israel and Jewish identity education. He has experience leading short-term immersive and long-term education programming to facilitate diverse Jewish learning experiences. Itay led and founded numerous social justice programs in Israel for students to come and meet Israel’s backyard and support the asylum seeker community and children in South Tel-Aviv before becoming one of the co-founders of Esperanso.
Related Topics
Related Posts
Itay Asaf
Comments