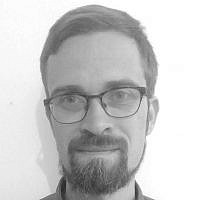 The Blogs
Daniel Argo
Apply for a Blog
Advertisement
Please note that the posts on The Blogs are contributed by third parties. The opinions, facts and any media content in them are presented solely by the authors, and neither The Times of Israel nor its partners assume any responsibility for them. Please contact us in case of abuse. In case of abuse,
Report this post.

In long runs, it is customary to think that you are most likely to expect a crossing of the finish line. But this time, it was not the sweetest moment.

After a little over 70 kilometers of running, I reached the top from where I could watch over the city of Jerusalem, and suddenly everything was connected – the rhythm of the breathing, the scenery, the music playing in the earphones. And from there to the finish, an hour later, I just felt like I was flying. The joy I felt as I ran through the forest, on a perfect day, accompanies me long after the experience is over.

Though, a few hours earlier, it was far from perfect. I was in the middle of a long, rocky section that felt as if it would never end. I was tired, the rain was beginning to annoy me, and I had no idea how long I had left to the nearest feeding station. And as happens in almost every long (very long) run, the moment comes when you just ask yourself – how did I ever get here?

In a world that constantly engages us in stimulus, there’s something very pure about a trail race. Allegedly, it’s the simple act of running – that we all know and some of us have learned to love. But when you run outdoors, in nature, for a relatively long time, there is a sense of depth, regeneration, and also introspection. Thus, sometimes you come slowly in the middle of the forest, at a competition of 80 kilometers and ask yourself, why this is good?

It’s good, because these hours alone on a long run, are a journey that is only yours. For when there are crises, only you can find the reasons to overcome them. And when all shall connect and flow – this happiness will be yours.

It’s been several years since I finished some of the races I attended, but even today I can remember almost every moment of them. It’s a bit strange when it comes to races that have lasted more than 20 hours. And frankly, how many other events in the course of life we ​​will remember years later, at a level of detail that will allow us to live the moment again.

At the end of this week, hundreds of runners will jump into the Hirus ultra-marathon run in the Jerusalem Hills. I have no doubt that (almost) everyone will experience similar senses – of exhaustion and elation. And for many of them, this experience will be significant even in years to come.

The HUM race is the largest and toughest terrain race in Israel – it was launched for the second consecutive year on- the 6th and 7th of December, 2018 in Jerusalem.

About the Author
Daniel Argo is a physician, an ultra-marathon runner, and he's also one of the HUM race's initiators.
Related Topics
Related Posts
Comments