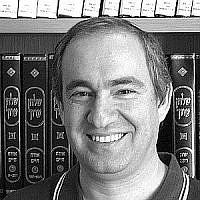 The Blogs
Ariel Picard
Ariel Picard Directs Hartman Institute's Kogod Research Center
Apply for a Blog
Advertisement
Please note that the posts on The Blogs are contributed by third parties. The opinions, facts and any media content in them are presented solely by the authors, and neither The Times of Israel nor its partners assume any responsibility for them. Please contact us in case of abuse. In case of abuse,
Report this post. 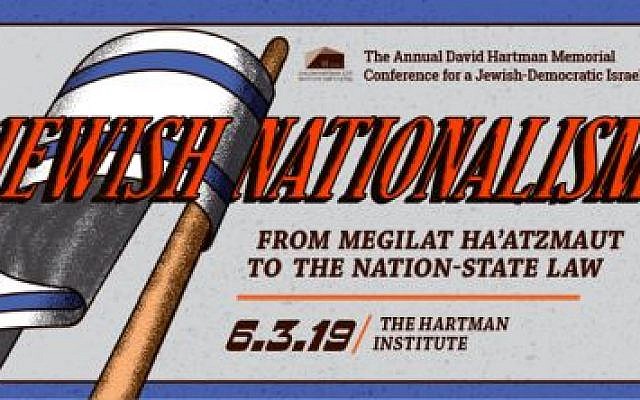 2019 Annual David Hartman Memorial Conference for a Jewish-Democratic Israel on March 6, to focus on nationalism

Israel’s 21st parliamentary election on April 9 stands on one fundamental question: What is the identity of the State of Israel? The political right, which last year won passage of the Nation-State Law, seeks to define Israel with one definition only – Israel is the national state of the Jewish people.

The law does not mention the civil rights of people who are not Jewish, and thus emphasizes the gap between Israel’s being a Jewish state and its being a democratic state. This challenge was thrown into a higher relief when Prime Minister Netanyahu encouraged and then succeeded in seeing the racist, Jewish supremacist party, Otzma Yehudit (Jewish Strength), incorporated into a merger of three small ultra-right-wing parties. The merger may bring representatives of Otzma Yehudit, a onetime fringe party built on the teachings of the late Meir Kahane, into Israel’s next government.

Against this camp stand parties who seek to amend the Nation-State Law in the spirit of Israel’s Declaration of Independence. Most of the centrist and leftist parties have pledged to review, diminish, or eliminate the law if a new coalition takes power after the April 9 vote.

As we go to the polls, we must remember that we are voting on the moral image of the State. In order to clarify this, we must return to fundamental principles. The State of Israel is a Jewish, democratic state. It is simultaneously the nation-state of the Jewish people and a democratic state for all its citizen – Jews and non-Jews. The integration of these two ideas is explicit in the Israeli Declaration of Independence.

2019 Annual David Hartman Memorial Conference for a Jewish-Democratic Israel on March 6 to focus on nationalism.

What creates the tension between “Jewish” and “democratic”? There are two possible explanations. There are those who believe that to be a Jew means to be separate from other nations and their cultures, and that therefore the Jewish state must emphasize its Jewishness and give preferential treatment to its Jewish citizens. On the other hand, there are those who see Judaism as a religion of law and ritual and are worried that the definition of Israel as Jewish will harm the freedom granted them by democracy.

To see the values of “Jewish” and “democratic” as complementary, or at least as values that do not contradict one another, a different understanding of the concepts is necessary. In the case of democracy, matters are clearer. The Declaration of Independence did not explicitly use the word democracy but established the main contents of democracy at its center – equal civil rights and religious freedom. The State of Israel even anchored the defense of human honor and freedom in law.

But what is a Jewish state? Even though the Declaration uses the words Jews and Judaism many times, it avoids defining Judaism. A Jewish state is first and foremost the nation-state of the Jewish people. The clearest expression of this is the Law of Return, which grants the right of immediate citizenship to every Jew and their family members.

Israel is a Jewish state in other important aspects, which complement its being a democracy. The Hebrew language, the ancient language of the Jewish people, is an official language of the State of Israel. The calendar that determines the work days and holidays marks the Sabbath and Jewish holidays. The Hours of Work and Rest Law allows all Jews to keep the Sabbath according to their way.

These are important expressions that enable the existence of a public space in which traditional Jewish values appear together with new Jewish approaches and influence the culture and society. These values complement democratic values and do not harm the fundamental values of individual freedom and legal equality.

Israel’s identity as a Jewish, democratic state is the key to our existence here as one society, as humans, as Jews, and as Israelis. We must educate, explain, and persuade Israelis that this matter is practically possible and morally appropriate.

At the Shalom Hartman Institute, we deal with these questions through research, writing, and teaching. As we do every year, we will devote our annual conference in Jerusalem on March 6 to questions of Judaism and democracy. This year we seek to focus on the recently passed Nation-State Law, on its significance, and the many challenges before us as a Jewish, democratic state.

About the Author
Ariel Picard is Director of the Kogod Research Center for Contemporary Jewish Thought and a member of the Executive Committee of the institute. Ariel was for many years the educational director of the Institute's Be'eri program. Ariel has a Ph.D. in philosophy from Bar-Ilan University and conducts research in contemporary Jewish law. He was ordained as a rabbi by the Israeli Chief Rabbinate and formerly served as the rabbi of Kibbutz Shluchot.
Related Topics
Related Posts
Comments