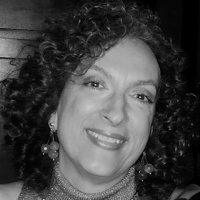 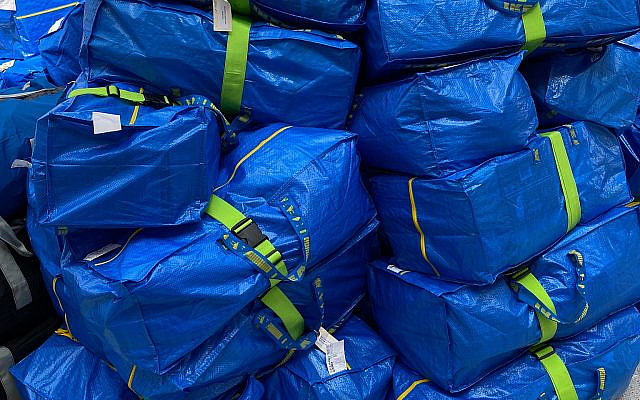 A ton of goods in 86 duffel bags. (Credit: Steven Silverstein)

Last April, 23 members of the Stephen Wise Free Synagogue (SWFS) in New York City arrived in Poland on a mission –– to distribute 86 blue duffel bags stuffed with a ton of most-needed supplies for Ukrainian refugees. They also brought funds collected through donations from religious schools in New York.

The congregants’ objective: Not just to bring essential goods and funds, but to offer compassion and understanding, and to bear witness and learn what message to bring home.

SWFS Senior Rabbi Ammiel Hirsch was the prime mover. After a few weeks of “watching this completely unjustified, savage, inhumane assault on an entire country by anti-democratic forces of oppression,” Rabbi Hirsch felt an obligation to do more than lament. “Moral frustration” drove him to call on his congregation to go to Poland, he said. Within two weeks the congregation raised $250,000 and members signed up to help during  the five-day trip.

Members of the SWFS Mission, who included descendants of Holocaust survivors and those who lost relatives during WWII, joined Poles, Non-Governmental Organizations, and corporations to aid displaced Ukrainians. Mostly women and children, they are respectfully referred to not as “refugees” but as “guests.” 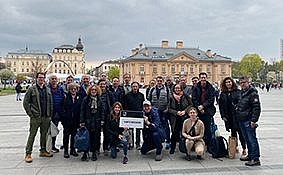 The first stop was Kraków’s JCC, where over-the-counter medications, vitamins, baby formula, diapers, and ladies’ undergarments (which are not usually donated secondhand) were unpacked and placed on shelves. “Those things disappeared right away,” said Elizabeth Szancer, an art historian and curator who was one of the donors and mission participants. “There were so many people waiting on line. It was really heartwarming and at the same time difficult to see.”

A young woman named Nastia got out with her four-year-old daughter. Her husband had to stay behind. She was also able to get her parents out and they were well-settled in Kraków, Ms. Szancer said. The JCC has hired Nastia to help other arriving guests.

The past was ever-present, though; an octogenarian Polish Holocaust survivor, Pani Zosia, remarked that she had been through this before. “She actually referenced Putin as ‘Putler,’” said Ms. Szancer. “The Russian position on all of this really angered her and was why the truth had to be told. And frankly, for me personally, it really resonated with World War II. My family left with one suitcase from Kraków, so I couldn’t help but keep thinking about the war.”

That resonated with me, too. It has taken a long time for refugees to evolve into guests. In my mother’s 1986 oral history for the Fortunoff Video Archive for Holocaust Testimonies, she recounted with chagrin that after the Anschluss in March 1938 none of her relatives––well-to-do citizens of Kraków––took in German-speaking Jewish refugees. In my documentary-in-progress, Family Treasures Lost and Found, and the memoir I am writing, I quote my mother reminiscing that as a member of the Jewish Scouts, she and a friend went house to house trying to place the beleaguered Austrian and German Jews. No doubt she would have been appalled by “Putler,” but heartened by the overall change in behavior now toward the displaced, 84 years later.

Rabbi Hirsch, who has visited Ukraine several times, remembers having cognitive dissonance while supporting Jewish life there because Ukrainians revere Bohdan Khmelnytsky. This 17th century Cossack perpetrated vicious pogroms against the Jews yet he is considered a hero because he was a founder of an early Ukrainian state, said Rabbi Hirsch, “so it was a very disorienting experience.” Rabbi Hirsch insists, however, that the past should not intrude and determine how we regard Ukrainians today: “It is true that the Ukrainian experience with the Jews has been very mixed to say the least. That doesn’t diminish the moral effects of the savaging of Ukraine,” he said. “In Jewish teaching, we do not hold the children morally responsible for the sins of their fathers.”

Next was an expedition to the Polish-Ukraine border. In Przemyśl they visited the Humanitarian Aid Centre. Asked what message to take back to the States, one of the people running the center responded, “Tell them this is real. This is really happening.”

“For me, it was significant,” said Ms. Szancer, whose father was raised in Przemyśl.

The mission also met the deputy mayor of Przemyśl, who explained how they were absorbing the refugees, but also discussed what it will mean for their economy, considering that the tourist season starts soon and hotels are filled.

Whether the guests will wear out their welcome, though, is unknown. Mr. Silverstein, President of SWFS, said, “How long the Poles are going to be willing to put people up is not clear. I was speaking with a Dutch friend who has a second home he made available. Nobody took him up on it because the Ukrainians largely want to stay close to Ukraine.” Most want to return soon, but that is not necessarily realistic, he said.

For now, at the border guests are greeted and immediately offered help; the personal touches of individuals are much appreciated, said Ms. Szancer, “I saw a young couple coming through, each holding just one bag. The woman was carrying a child that appeared to me to be about two years old. One of my grandchildren is two, so it made me think of her. A volunteer in a little tent with strollers stopped them and said in Polish, which I did understand, ‘Would you like a stroller?’ They stopped dead in their tracks. It’s like, ‘Wow, someone helping us.’ And I was thinking, ‘You probably carried that child for two to three weeks’.… I couldn’t hold the tears back. I was thinking, ‘It could have been my daughter and my granddaughter.’”

At special registration centers, the guests showed their stamped passports to verify that they left Ukraine after February 24th. They received food, beds, and services for 24 hours while waiting to be placed either in Polish homes or hotels. Throughout our visit we never saw any homeless refugees on the street. Everyone gets placed,” Ms. Szancer observed.

The congregants also visited a Jewish agency in Warsaw, where echoes from the past were particularly poignant for Mr. Silverstein, whose family came from a small nearby village. His great-grandparents immigrated to the United States before WWII. A family photograph commemorates their 1938 trip back to Poland. “It’s the two of them, plus about 10 family members. And they were the last of the Silversteins to visit Poland until I did. Everybody else in the picture perished in the Holocaust.” 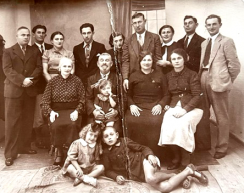 The mission met guests who want to make Aliyah, including a 15-year-old girl. Said Ms. Szancer, “She had an opportunity to fulfill her dream, and they helped her. She is going by herself to a boarding school so that she can live and study in Israel. Her mother and brother decided to go back to Ukraine to find the grandfather. I don’t know what the end of that story was or will be. But I was so moved in thinking, ‘This young girl is going all by herself, knowing nobody and not knowing when or if she will ever see her mother and brother again.’ So that has really stuck with me.”

One 17-year-old young man was caught in a dilemma; he wanted to return to Ukraine, but he’s not yet 18. His mother and grandmother want him to stay. Said Mr. Silverstein, “Some of us were thinking, ‘First and foremost, stay alive, right? On the other hand, there’s honor, right? And would he be able to live with himself if he took the easy path out because he was a few months away from service age? That’s a really tough set of decisions.”

Rabbi Hirsch was very moved by Israelis who aided guests at refugee centers. The Jewish agency took over three hotels for guests who want to make Aliyah. “The State of Israel arose tragically too late to save European Jewry. But what they’re doing is now saving the remnant of at least Ukrainian Jewry.” He said Israel is the only country willing to take Ukrainian refugees and make them citizens essentially overnight. It has taken in non-Jews as well. “That’s validation and justification of the entire Zionist enterprise,” Rabbi Hirsch said. “If that’s what Israel did alone, that alone, Dayenu.” On the other hand, he acknowledged that Israel’s policy “takes into account its national interest in its relationship with the Russians.” In the context of Russian savagery, though, Rabbi Hirsch said, “The Israeli population should not have any hesitation to call this situation what it is” and that “there is no question where Jews should align.”

As for his fellow New Yorkers, he urged them to “keep the pressure on public representatives to continue to support Ukraine in every way––humanitarian, militarily, and economically.” Be generous in absorbing Ukrainian refugees, offer money and supplies, and do not forget the Ukrainians even if headlines move on to something else, he said.

“None of this would have happened had one man, Vladimir Putin, not decided to launch an invasion for whatever sick reasons and motivations,” said Rabbi Hirsch, “You have to understand how fragile our existence is, given the whims of people who have enormous power. It’s one reason why the process of selecting national leaders is so important and we select them often for the wrong reasons––for minor distinctions of this or that policy––when we should also be looking at what their values are. What is their worldview? Are they a good person?”

Ms. Szancer said she will never forget the response of a nine-year-old guest who was asked, ‘What do you dream about? What do you want?” He said, “Freedom.”

About the Author
Karen A. Frenkel is an award-winning technology journalist, author, and documentary producer. Her documentaries, "Minerva’s Machine" on women and computing, and "Net.LEARNING" about elearning, aired on Public Television. Other articles appeared in Businessweek.com, FastCompany.com, Science Magazine, ScientificAmerican.com, and Communications of the ACM. Ms. Frenkel co-authored with Isaac Asimov Robots: Machines in Man’s Image. She is producing a documentary, "Family Treasures Lost and Found," and writing a memoir about her parents' WWII wartime experiences.
Related Topics
Related Posts
Comments