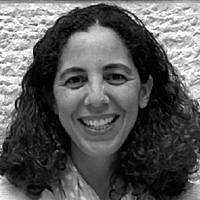 The Blogs
Michal Berman
Apply for a Blog
Advertisement
Please note that the posts on The Blogs are contributed by third parties. The opinions, facts and any media content in them are presented solely by the authors, and neither The Times of Israel nor its partners assume any responsibility for them. Please contact us in case of abuse. In case of abuse,
Report this post.

Over the past three years, the Secular Forum in Israel  has spread disinformation and instill confusion and anxiety in the average parent. The Forum’s publications imply that every word that begins with the letter D (Dat — religion) under Bennett’s Ministry of Education aims to make our children religious and turn our daughters into modest, pious girls. According to them, all texts based on Jewish sources are dark and primitive. Soon, they imply, we’ll be living in a state modeled on Iran.

Is this the Jewish-Israeli culture program that the state education system accepted two years ago? No, it’s a propaganda device to brainwash students. Considering the High Court of Justice’s petition against the program, I  would like to set things straight, and offer a guide to the bewildered parent.

The State Education Law of 1953 aims to educate children to love and appreciate others, their people and country; to be a loyal citizen of the State of Israel, to honor parents and family; to honor Israel’s heritage and cultural identity, and the Hebrew language. The purpose of the law is to instill the principles that led to the establishment of the State of Israel and the values ​​of the State of Israel as a Jewish and democratic state. The law exists to raise respect for human rights, fundamental freedoms, democratic values, ​​and the preservation of the creeds, culture and views of others. And to teach peace, and tolerance.

The debate over the State Education Law generated a severe coalition crisis at the time. At the heart of the controversy was whether the newly founded State would be able to unite, despite differences between ethnic communities and political parties, and create a society stronger than the differences that threaten to tear it apart. There were those who opposed the law and wished to maintain multi-denominational educational systems according to each community’s political party. What tipped the scales was Ben-Gurion’s threat to resign from his position. The State Education Law passed.

The Shenhar Commission, appointed in 1991, presented bleak conclusions about the state of Jewish studies in the school system. It reported what every Israeli knows: graduates of state schools do not know much about Judaism.

Should we light Chanukah candles? Let’s invite the nearest rabbi to our home. What about a bar mitzvah? Don’t know; let’s ask an old man with a skullcap. Laws of Kashrut? Exclusion of women in the army? They probably know. I give up. It’s their Judaism.

The Committee’s conclusions revealed that the goals of the State Education Law were not being realized and were in fact paving the way for the ruling ultra-Orthodox parties, who have a strong grip on all aspects of Jewish life in Israel, along with the huge budgets earmarked for it. The danger in not implementing the law is not only the granting of tremendous political power to ultra-Orthodox parties. The danger is even more concrete. Jews born in Israel don’t know their heritage, and don’t understand the historical, cultural and political context of their home in Israel. Their connection to the homeland is weak. And as is well known, in Berlin, treats like Milky are much cheaper; and even despair, more comfortable.

Since the 1990s, long before Naftali Bennett dreamed of sitting on the Ministry of Education, a team of mainly secular and humanistic experts tried to deal with the issue raised by the Shenhar Committee. The  Tarbut Yehudit Israelit school program ( from Hebrew Jewish-Israeli Culture) is the fruit of this effort. It’s a complex program. The program emphasizes the contribution of Jewish values ​​to universal values ​​and the integration of those values with each other. For example, the protection of human rights, human dignity and liberty.

The program was structured by professionals from the best universities and state schools in Israel. It is taught by local school teachers who are well acquainted with the students, the school community, and its values. The textbooks are written by institutes that specialize in Judaism and are overseen by professionals in the field.

In short, what Israeli students get from this program is Judaism. They receive the tools to know their identity and to belong to the nation. To stand up to the religious parties as equals and to speak of Judaism knowingly, from a place of belonging, and not from of a sense of inferiority.

Jewish-Israeli identity is complex and sensitive. Many good people have offered their views about the way to teach it: as a tradition, as a culture, as a religion, as a nationality, as self-definition. All those descriptions are correct.

In order not to break society down into parties and create rifts, it would be better for the Secular Forum to give up his childish war with the Tarbut Yehudit Israelit school program and not throw out the baby with the bathwater.

About the Author
Michal Berman is the CEO of The Lone Soldier Center in memory of Michael Levin.
Related Topics
Related Posts
Comments