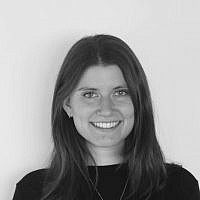 The Blogs
Nikki Webman
Apply for a Blog
Advertisement
Please note that the posts on The Blogs are contributed by third parties. The opinions, facts and any media content in them are presented solely by the authors, and neither The Times of Israel nor its partners assume any responsibility for them. Please contact us in case of abuse. In case of abuse,
Report this post. 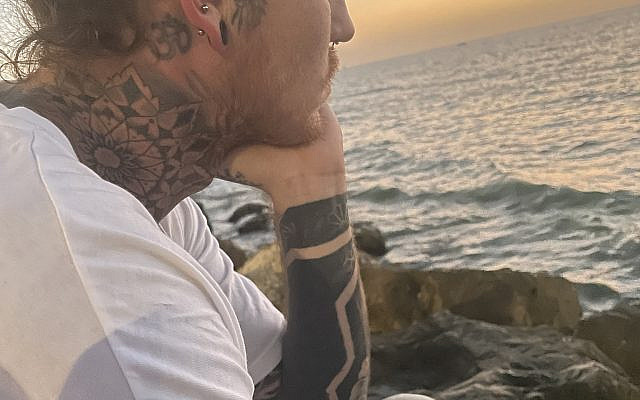 Stas pondering life as he watches the sunset go down. (courtesy)

On weekends Stas eats Plov, while on weekdays Stas eats Shawarma. On phone calls with his mother and father, Stas speaks Russian, while at work and on the streets of Tel-Aviv, Stas speaks Hebrew. When you look Stas in the face you see the blood of a Russian, but when Stas looks at himself in the mirror, what is it that he sees?

Practically two people in one, getting to know Stas Eifer has come in waves, and as it turns out, it wasn’t the smoothest of sails in the years it took him to figure his own self out too. Although reflecting on those days causes a traffic jam of thoughts in his head, when he slows down he can pinpoint the exact moments of “latitude and longitude” that make him the total of who he is today.

You know those unfortunate times of life when you’ve got just one more stick of yummilicious gum left and an annoying friend comes along, whispering in your ear, to ask: “yo you have another?” As you look in the bag again, you hope to find an endless supply of gum like in Mary Poppins’ bag, but no matter how hard you look you can’t find another piece of gum. At this moment, you realize you’re going to have to lose out on the taste of a full piece of gum for the sake of another person.

It’s a once in a blue moon type of occurrence in a privileged world, but we’ve all been there and we all know how “ughhh” it feels. So now imagine that this sort of “sacrifice” was something you had to do day-in and day-out with everything you owned in order to survive every day.

Imagine that sort of life and you’ve just imagined what it’s like to be Kazakhstani back in the days of the Soviet Union; what was also the first five years of Stas’ life.

Only the Strong Survive

Amongst the control and corruption of the Soviet Union, running out of money somehow remained the Eifer family’s greatest fear. Like gum, Stas’ grandfather would break toothpicks in half just to half his spending.

It’s understood that only the strong survive in this region— a recipe that calls for hard people and hard decisions. While living there took strength, the one thing that took even more courage was having the guts to leave family, friends, language, and everything they ever knew, behind.

At the first chance for promising jobs and an education that could lead to more opportunity, the Eifers fled to Israel for a life that would be about more than scraping the bottom of the barrel.

At the raw age of six, when everything that stumbles its way to life soaks in like a sponge, Stas moved to Israel and began his schooling.

On the first day of school, Stas hadn’t even looked up from the floor when he saw how much an outsider he was among Israeli children on the first day of school. While he was fashioning the “Russian typical” socks and sandals, everyone else was wearing “their typical”, close-toed shoes. If his style wasn’t enough to make him feel different, the stares, the laughs, the mocking, and the pointing at his non-kosher sausage and cheese sandwich had enough of an effect to get the job done.

At the time, Stas’ Hebrew was too limited to understand words themselves but the negative attention was overwhelming enough to make him feel humiliated. He left the classroom in a panic, running away from all the hatred he was too young to be familiar with.

When he reached home, he found his parents already on the phone with the school who had called notifying them of Stas’ quick exit.

The hilarity was that his mom and dad could barely understand what the school was saying because they too only knew Russian. Between Stas not having a clue as to what the mean kids at school were saying and his parents extremely confused of the babbling woman on the phone, everything was legitimately like a game of broken telephone.

Returning to school, Stas had resorted to what he knew best from his USSR days. He decided that the only way he’d get through the tough times was to push back and fight whoever made him feel inferior again. From then on it only got worse. As the bullying continued he was told “Russians smell”. They would add, “I bet your dad is an alcoholic and your mom is a prostitute”.

Ignoring whatever he could, Stas reserved an indefinite parking spot for the chip on his shoulder. He confined himself to a Russian bubble, never truly enjoying school. He’d get into fights in the hallways, ditch classes for the nearby billiard, smoke cigarettes where he wasn’t supposed to, all while putting minimal effort into the education his parents quite literally immigrated to Israel for.

Of course Stas had some success, he was a dedicated champion at boxing in his youth. But guilt still sat heavily on Stas, and there was absolutely no time to fix what he had wronged because when high school came to a close, that’s when the real eye-opener landed in his lap.

Learning Curve of the IDF

Boy or girl, gay or straight, Russian or French, A+ student or straight F’s, young and afraid, doesn’t matter, at the age of 18, citizens of Israel automatically become the property of the nation’s army.

Although Stas had originally felt it was unfair to risk his life for a country of people that had treated him like dirt, he felt happy knowing that for the first time he was the same as everyone else. Knowing everyone was in the same boat, was a sense of togetherness that he had never felt before with fellow Israelis.

“You come as you are and you melt as one. Everyone’s minds begin to shift because everyone has the same goal: save Israel and the people of Israel. Through the journey of it all, you appreciate the different personalities and the diversity. You become friends with people you once looked at as enemies.”

Stas went on to say that “combining the strengths of each person makes a powerful combination.” In his platoon, he saw that first hand.

He explained that the strength of a Russian is their unshakable mind; their cold mind allows them to pull the trigger, even when it’s too hard to. While the strength of an Israeli is that they don’t listen to orders. Instead, they do what’s morally ethical. They will risk themselves for the heart of another. They work with emotion, and from that, they have the strength to act on what’s truly right. He even had some Ethiopians in his group, and said, Ethiopians are dedicated and have insane physical endurance. If you tell one to run. He runs fast, and he doesn’t stop until you say so.

People are substantially different from the bare minimum we give them credit for. It’s only when we take the time to get to know those unlike ourselves that we can see what makes them special. It becomes apparent that everyone is just trying to be their best selves and make it through life in one piece.

That makes everyone one and the same.

This takes us back to the very beginning. What does Stas see when he looks in the mirror? His answer: “What do I see Nikki? A human.” He said that both with a smile and a sense of seriousness.

What I realized is what he’s known all along. Yes, Stas is Russian in his blood and Israeli in his ways, but he was just like every other kid at school who was there to get an education. He’s no different from the other soldiers in the army. He was putting his life on the line, just as much as the men to the right and left of his side.

Through all of Stas’ experiences in life, he will never judge a book by its cover. He also never misses the chance to meet new people and invite them into his life. Stas is both Russian and Israeli, but also thick-skinned from his past, open to adventures, welcoming to all, and a friend to me.

Most of all, Stas is simply human.

About the Author
Nikki is from Arizona, where she received her BA in Business from the University of Arizona. She moved to Israel in 2019 and has fallen in love with the non-stop culture. Nikki has her own blog where she shares unique stories of those she meets, and also works as a full-time Content Writer where she puts her studies and passion into practice.
Related Topics
Related Posts