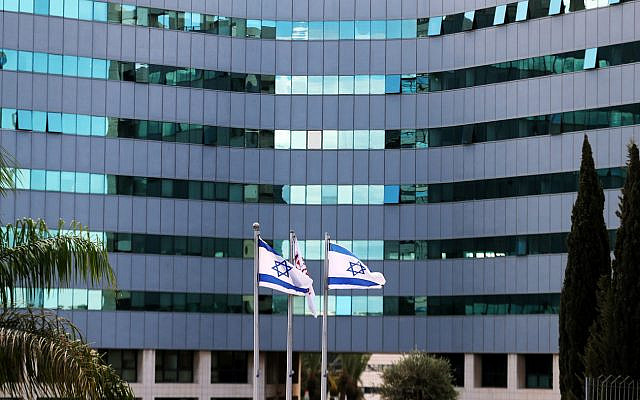 Israel has always tried to appease the world and please it. We’ve gone from bragging about our achievements in high-tech to showing off pretty girls, to boasting the speed with which we vaccinated the population in Israel. The world may be very impressed, yet it doesn’t like Israel any better. If anything, Israel’s achievements only anger the world and make it more resentful. Those who do like Israel, like it because of the people of Israel’s historic vocation, which has nothing to do with high-tech or vaccinations. Those who hate Israel, hate it because of our historic vocation, too. Therefore, if we want the world to accept Israel, we must understand vocation and follow through with it.

Israel’s vocation, and the reason that the world approved of establishing a Jewish state in the midst of a hostile Arab population, has to do with how we formed as a nation. We tend to forget it because if we remember how we began, it will require efforts to reestablish it. Yet, if we ignore our history, then we have neither present nor future.

Israel’s nationhood began when we committed to each other to love one another as ourselves, to care for each other “as one man with one heart.” At that time, under Mt. Sinai, we became a nation. It was indeed a miracle. We weren’t “meant” to succeed since our ancestors came from a variety of tribes and clans that inhabited the Fertile Crescent, and had nothing in common. The only thing that held them together was the fact that they had followed the same teacher, Abraham the Patriarch, whose ideology they embraced.

Under Abraham, who was dubbed “the man of mercy,” they learned that kindness and caring are the most sublime values in existence, worth any effort to acquire them. Oddly enough, the Israelites’ initial strangeness worked in their favor, making their caring “untainted by partiality” due to familial affinity. The union they had achieved, therefore, came to them only through their success in becoming sympathetic individuals who truly cared for one another.

Following Abraham’s passing, his heirs continued to develop their father’s ideology; they perfected it to the point that under Moses’ leadership, they achieved complete unity and were declared a nation. Indeed, that nation was like none other: bonded by selfless love as opposed to biological affiliation, which is inherently self-centered. And though they often fell out of love with one another, the young nation managed to overcome numerous trials and tribulations, and created a legacy of unity that transcends hatred, or as King Solomon phrased it, “Hate stirs strife, and love will cover all crimes” (Prov. 10:12).

This unique nation became a role model, an example of how the world will have to be at some point in the future. Since all nations cannot be relatives, they will have to find some other way to unite, or they will destroy one another. That other way was the way of Israel. This is why once the Israelites became a nation, they were tasked with being “a light unto nations” — to set an example that the world could follow. That was Israel’s historic vocation, and it still is. This is why the League of Nations supported establishing a Jewish home for the Jews in their historic land in November 1947, and this is still our obligation to the world.

Currently, despite all the technological innovations that Israel has provided, the medical developments, and scientific breakthroughs that have come from our small country, the world holds everything against us. This is its way of telling us that this is not what it wants from us. What it wants is that we do what we did before: unite above hatred. The world wants us to unite even though we cannot stand each other. It wants us to learn to care the way our ancestors did, and show the world how they, too, can do it.

We must not forget that our ancestors came from the nations of the world, and they, too, must unite. Yet, since they did not have Abraham, it is up to Israel to pave the way. Just as Abraham was the man of mercy, Israel must now become a nation of mercy that the world can follow.