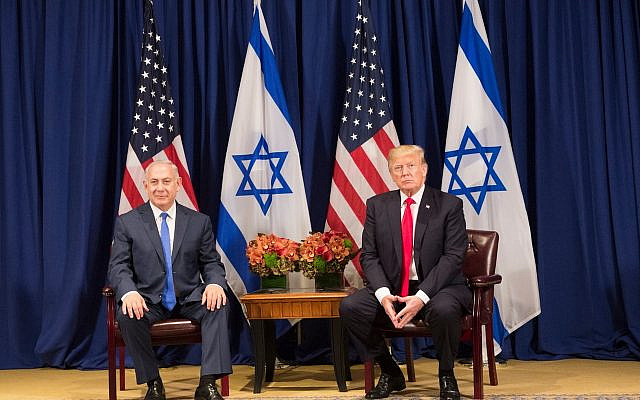 I recently returned from four months in Trumpland, what used to be known as the liberal democracy of the United States of America. It was extremely distressing to listen and watch the daily incitement and unceasing lies of the most lunatic president that the United States has ever suffered, a man who is so ignorant and narcissistic that more than half of the citizens of the country are in a constant state of traumatic shock and cannot believe that this inexperienced and inarticulate man was actually elected president and that it is not just a nightmare or a reality TV show. By the end of my stay in the USA, I discovered that, like many of my other liberal Jewish and non-Jewish friends, I had developed a serious case of a recently discovered psychological syndrome known as “T.A.D.”, i.e. “Trump Anxiety Disorder”.

And now I am back in Jerusalem, the capital of the state of Israel, and re-engaging with the news media here and I have re-discovered that much of the country is suffering from a similar syndrome which we call here “B.A.D.”, i.e. “Bibi Anxiety Disorder” or sometimes known in political parlance as “A.B.B” — “Anyone But Bibi”. It appears that a majority of Israel’s citizens — who have been suffering from “Bibi-ism” for more than 10 years — are sick and tired of his lies, corrupt activities and hateful incitement of the courts, the press, the police, the attorney general, the state prosecution’s office, “the Left” and Arab citizens of Israel. So much so, that there appears to be a majority in the current Knesset coalescing to prevent him from getting immunity from being held accountable for major cases of corruption (for which the Attorney General has announced upcoming indictments).

People often ask me: Who is worse? Trump or Netanyahu? It’s a good question.

First of all, they share a lot in common. In fact, they are symbiotic — they feed off each other and use each other’s lines and rhetoric (see my post from October 2018 on “Trumpenyahu”) .

They are both demonic and divisive characters, who are extremely Machiavellian in all their political moves, so for them, their own survival always justifies the means — any political maneuver or lie is okay, as long as it is agreeable to their cronies and their political “base”, and their base is getting more base all the time. Both are incessantly attacking the courts, the free press, the liberals and so many others with violent vitriol though their tweets and political speeches at their racist rallies that it gets harder and harder for any normal person to listen to them, and many people are just tuning out or turning off the TV or the radio when they get on. I, for one, can no longer listen to either one of them without getting nauseous.

Yet, they are very different in some ways. Netanyahu has a brain, but he appears to have stopped using it. He was once an intellectual and an articulate statesman, although he appears to have given up on both careers for the sake of political survival. But he can finish a sentence and even a paragraph with a complete thought, even though the ideas in his thoughts lately have shifted more and more to the extreme right in Israel, which he apparently thought was necessary in order to get re-elected again.

Trump, on the other hand, is inarticulate and illiterate. He cannot say anything intelligible or eloquent. Nor can he write a full sentence or a complete paragraph, which is why he mostly resorts to tweeting (and even there one finds serious mistakes in most tweets.) Nor, by all accounts, does he read, not books and articles, and certainly not reports of advisors or government bureaucrats. On the other hand, he does watch a lot of Fox News, which re-enforces his narrative over and over again, replete with all kinds of conspiracy theories and crazy ideas which nearly half the country seems to buy into, as amazing as this may sound.

There is one small bit of good news in Israel: Netanyahu is unlikely to be reelected! Instead, he will most likely lose the March 2nd election — his party, the Likud, and his political block of ultra-orthodox parties and extreme right-wing parties, will most likely not be able to form the government. A new government will hopefully be formed by the “Blue and White” party, with other partners in the center and the left. In other words, we are hopeful that we will soon be reaching the end of “Bibi-ism” in Israel. Instead, we hope to have a more moderate and less corrupt government. In this sense, those of us with “B.A.D.” will have some relief in the not-too distant future, even if we are not going to get an ideal liberal democratic government.

At this moment, it does not look like the same can be said in America. Trump will soon be acquitted in a phony trial in the Senate, and will brag about this for the next several months! Moreover, he stands a good chance of being re-elected, especially since the Democratic Party is not getting its act together by producing a candidate that can beat Trump (they are too busy fighting among themselves). So, America and the world may have to face the very scary and dangerous prospect that Trumpism continues for four more years, which is extremely difficult for people like me to imagine. Unless there is a massive successful voter registration drive by the democratic forces for change in America, especially in the battleground states, where Trump barely won last time, like Michigan, Wisconsin and Pennsylvania.

In the meantime, I remain anxious that these two leaders will continue to incite against the foundations of democracy in both countries in seriously deleterious ways. In so doing, they pollute the political environment, at the same time as they show no concern for the major existential issue of our time, the environment of the earth, which is being destroyed by the inability of these and other leaders to face up to the dangers of climate change.

What is needed is political change — including change of leaderships — in both countries. The sooner the better, and certainly by the end of this year. This could give us hope for a better future, for us, our children and our grandchildren. 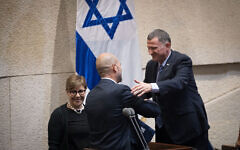