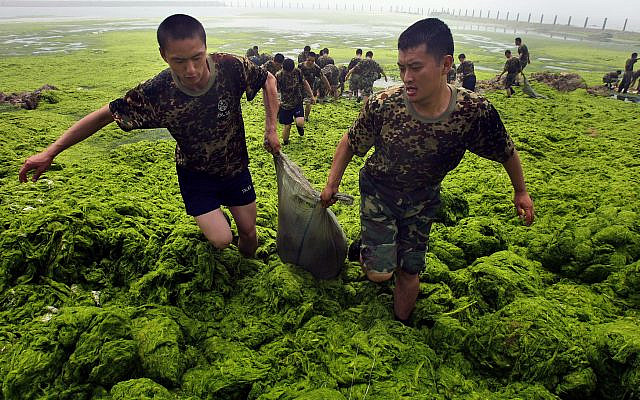 That Exodus from Egypt still inspires..so here are 10 plagues for China!

I was born in Tottenham.

If I were to romanticise it, I would say ‘Tottenham by the banks of the Lee!”

The river may be why the Chieftain Totten founded his hamlet there. Sounds idyllic, but when we lived there, it was just Tottenham!

Our junior school was mixed. Lots of English, lots of us Jews, lots of children whose parents had come over from the West Indies. As a young child, I viewed the latter as like us, immigrants trying to make their way.

I don’t know how, why or when I thought that, but later I came to know that many were deeply religious Christians.

Later still, I discovered that this community were, in many ways, a “People of the Book,” able to quote our Tanach (Old Testament), chapter and verse, much better than we, and that our Exodus from Egypt was an inspiration to them in their struggle for freedom and equality.

As it was in the American Civil War, where Southern Blacks enslaved in Atlanta saw, at the time, the Generals besieging the city as Moses or Aaron, and the confederate defeat as punishment for slavery.

As it was in the Civil Rights Movement, one hundred years later. Martin Luther King frequently referenced the Exodus, never more so than in his speech, “I’ve been to the Mountain Top”.

This identification by other peoples with Jews’ historical experience also works in reverse. Although it is the echoes of the Holocaust driving the explosion of Jewish support for the Uyghur Muslims in China, I am also put in mind of the Uyghurs when I read, in the last three weeks’  parashot (biblical portions) about our slavery in Egypt, the killing of male babies at birth, and how Pharaoh  hardened his heart. The biblical account of the processes of repression is mirrored in current events, even down to the campaign of birth prevention, so central to the recent Uyghur Tribunal verdict of Genocide, and the recent doubling down on his legacy by China’s leader, Xi Jinping,  despite strong international criticism.

We Jews had considerable help in Egypt to escape to Freedom. Nonetheless, the plagues must have taxed even divine resources! As Nelson Mandela wrote, it is “A Long Walk to Freedom.”  It takes a lot of effort.

Such miraculous intervention may not be available now, but here are Ten Plagues the international community could come up to afflict China’s Government and prompt a change of direction. All are variously intended either to frustrate the Communist Party’s ambitions for world cultural, scientific and political leadership, cause reputational damage or inflict economic wounds sufficient to threaten the centennial goals of increasing individuals’ prosperity, upon which support for the Party depends. Here they are:

First plague: Genocide Legislation- Democracies vote to recognise the Genocide and pass legislation triggering their legal obligations under the UN’s Genocide Convention to punish and prevent Genocide by all reasonable means, such as restricting  trade or collaboration with companies, institutions or entities having a critical role in the mechanism of Genocide.

Fourth plague: Magnitsky Acts  are passed throughout the free world to sanction officials and entities responsible for the Genocide.

Fifth Plague: Class Actions by Uyghurs take place in states with universal jurisdiction or at the International Criminal Court.

Seventh Plague: Confucius Institutes  are shut down by Universities over concerns about Communist Party control, propaganda, transparency,  academic freedom and pressure to self-censor.

Eighth Plague: Expulsion from the UN Human Rights Council as China, finally loses her place on the Council.

Tenth Plague: Women’s Economic Boycott- Potentially the worst, as women world-wide, outraged by forced sterilisation, abortion and marriage, and the widespread use of rape against Uyghur women, use their economic power to boycott Chinese products of Uyghur slave labour like Cotton, Tomatoes, and Hi tech. Firms like Nike, Uniqlo, Zara, Heinz, Kraft, Apple and Coco Cola stop sourcing from China.

It’s encouraging that sif you follow the links above, you can see that many of these plagues have begun! A riposte to those who say, “It’s China, what can you do?” It just needs more nations, institutions and individuals to join in.

One midrash (allegorical interpretation of the biblical text) claims Pharaoh did not drown at the Splitting of the Red Sea, but  survived and lives forever at the entrance to Gehinnom (Hell), warning other rulers, “Oh, ye fools! Why did you not learn from me?”

This is why we have to hit China’s Genocide so hard. To warn other states that seriously abuse human rights that there are consequences to their actions. Successful punishment of the worst and most powerful offender robs them of the excuse “there are nations who do worse things.”

Just as the Exodus symbolises freedom, across the world, from the River Lee, in Tottenham, to the Nanhu Lake in Urumqi, capital of the Uyghur region.

By strange coincidence, the first plague against Egypt, where the rivers turned to blood, has been attributed to a fouling of the waters by toxic red algae. Until recently, the Nanhu Lake was invaded by toxic (blue-green) algae.

Now I am not saying that this was the first plague, but who knows?

The rest of the plagues, however, are not up to Nature, they’re up to us!