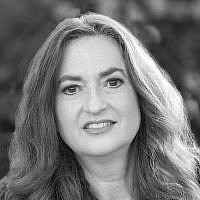 The Blogs
Lisa Brahin
Apply for a Blog
Advertisement
Please note that the posts on The Blogs are contributed by third parties. The opinions, facts and any media content in them are presented solely by the authors, and neither The Times of Israel nor its partners assume any responsibility for them. Please contact us in case of abuse. In case of abuse,
Report this post. 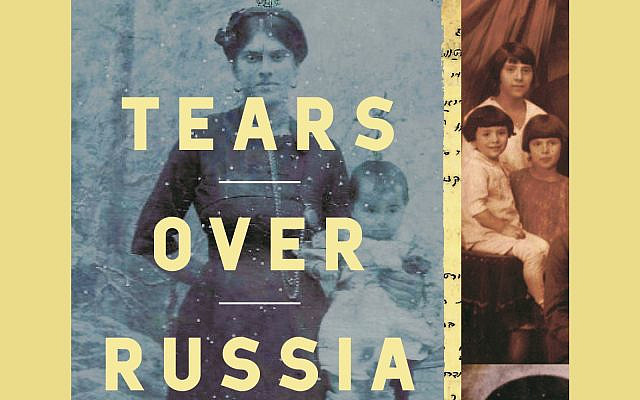 It all began with my grandmother Channa’s famous bedtime stories. Unable to entertain an 8-year-old insomniac, she was only able hold my attention with stories drawn from her own youth.

Hers was a childhood in Stavishche, Russia, a shtetl nearly 80 miles south of Kyiv, which is now in Ukraine. Channa and her family survived the brutal 1917-1921 genocide in Ukraine, when well over 100,000 Jews were murdered in anti-Jewish pogroms two decades before the Holocaust.

Grandma never shared the details of her troubled childhood with her daughter, my mother, Marcy. I always wondered if it was because the pain was still too fresh, or if it was simply because mom was a better sleeper. My American-born grandfather, Ben, kept hinting that there was a worthy story to tell: “Did you know that Grandma met bandits in Russia,” he asked, “and that her rowboat sank during a daring escape over the Dniester River?”

I was hooked, and my questions were relentless. Soon, a floodgate of stories, pent up inside of my grandmother for many years, began pouring out.

Today, Russia’s ruthless invasion does not discriminate: all people in Ukraine are victims. This brave young nation, now, a century later, is fighting not only for freedom, but for survival. Years ago, some Ukrainians struggled to find a national hero, as their 1919 leader, Symon Petliura, headed up an unruly army that murdered thousands of Jews. Today, with pride, Ukraine — in a twist of irony — elected an admirable Jewish leader in President Volodymyr Zelensky, a grandson of a Holocaust survivor. He is a leader worthy of heroic status.

Since the war began, I’ve watched, with heartbreak, young mothers with babies fleeing for their lives, just as my great-grandmother did with her three daughters a century ago. My grandmother’s youngest sister, while in hiding during the pogroms, died of starvation. Sadly, there are many today who will someday tell their granddaughters similar tales.

Beautiful photos of flowers in what was once a vibrant Mariupol, remind me of Count Branicki’s botanical gardens Channa spoke about in Stavishche. The flower laden estate, where Grandma once picked lilacs for her mother’s Sabbath table before the Revolution, was torched over 100 years ago during civil unrest. The beauty and tranquility that graced Ukraine has once again been destroyed.

When Alex Haley’s groundbreaking Roots came out in the 1970s, my lifetime journey into Jewish genealogy was born. His work inspired me as a young girl to record and preserve my grandmother’s stories. It would be those tapes that enabled me years later to write about my family’s flight from Ukraine to the Goldene Medina (the United States — the land of opportunity).

Haley’s book and mini-series were followed by a boom in Jewish genealogical interest. Those whom I consider to be some of the founding fathers (and mothers) of modern Jewish genealogy — Arthur Kurzweil, Miriam Weiner and Gary Mokotoff — began the lecture circuit, and I was fortunate enough to have a front row seat. I credit them all for inspiring me to tell Grandma’s story.

Even back then, I knew that I would be recording an eyewitness account of a dark period in Jewish history that little is known about. While there are volumes of published materials documenting the persecution of Jews during the Holocaust, little has been written of its prelude in Ukraine 20 years earlier. Archivists around the world and talented translators assisted me on my journey to help fill in the gaps of what happened in Stavishche. Interviews with others from the town confirmed and complimented my grandmother’s tales. The result is both a personal and community history that records Ukraine’s turbulent past.

In 1923, three years after fleeing Stavishche and stranded in Romania while waiting for visas, Grandma and her family landed at Ellis Island — her port of entry into the Goldene Medina. She finally reached the land where the streets were paved with gold, and where everyone could live in peace. Never in my late grandmother’s wildest dreams could she ever have imagined that her bedtime stories would be recorded for posterity, or that someone out there might draw strength from them in their own moment of peril.

About the Author
Lisa Brahin is a Jewish genealogist and researcher. She is the author of Tears Over Russia: A Search for Family and the Legacy of Ukraine’s Pogroms.
Related Topics
Related Posts
Comments