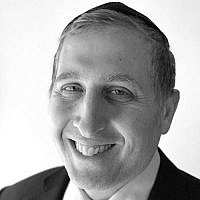 The Blogs
Kenny Schiowitz
Apply for a Blog
Please note that the posts on The Blogs are contributed by third parties. The opinions, facts and any media content in them are presented solely by the authors, and neither The Times of Israel nor its partners assume any responsibility for them. Please contact us in case of abuse. In case of abuse,
Report this post.

Reflections on a Community at a Crossroad

It is impossible to ignore the rising tension between the centralization and decentralization of the Jewish community and its religious practices. Much has been said and will be said about these trends and I hope that our thoughts will not only retrospectively analyze these patterns, but will intentionally guide them. I would like to share reflections on the ways that these tensions have been portrayed in the Torah and how they might inform our decisions for our future.

The Torah describes the ancient practice of bamot. These were elevated platforms upon which sacrifices were brought in the pre-Temple period. This practice was later forbidden in the Torah (Vayikra 17:4 & Devarim 12:14) and is sometimes associated with paganism (Vayikra 26:30). We often pay little attention to its virtues due to its ultimate ban. Nevertheless, this was initially a method of worship and in many ways offered a unique and idyllic path to God.

The Jewish Temple was never meant to serve as a spiritual oasis, disconnected from the daily life of society. The Temple was constructed in the middle of the bustling capital city of Jerusalem. The sanctity of the Temple expanded beyond the Temple Mount, enabling sacrificial meats to be eaten throughout the city. The High Priest did not only atone for himself and the Jewish nation, but for his “house” (Vayikra 16:11), because the purpose of the Temple was to impact and elevate the homes and communities of all Jews. Nevertheless, the geographic distances and transportation difficulties often led Jews who lived in remote areas to abandon the pilgrimages as the distance created great gaps between the Temple and the people. For this, the bama seems to have provided the perfect solution. Each individual had the opportunity to worship Hashem from his or her own home or community, and did not have to wait for a great pilgrimage. Each family can fully participate in these services, which was likely difficult due to the crowding in the Temple on the holiday (notwithstanding the miraculous accommodations that are reported in Pirkei Avos 5:5). Why then did the Torah ban the backyard bamos?

Sefer Devarim intimates that the risk of unregulated bamos, where each individual is guided “according to that which is proper in his eyes” (Devarim 12:8) is the lack of supervision and accountability that a centralized Temple offers. The sacrificial laws are complex and the failure to comply with them was a grave danger. Perhaps the Torah fears that bamos would lead to invalid sacrifices, or worse, pagan worship. However, I would like to suggest a different purpose for this prohibition.

Consider the name for the modern shuls: Beit Kneset (House of Gathering). One may have considered Beit Tefilah (House of Prayer) to be a more appropriate name for the synagogue. Our name highlights a fundamental purpose of shul: the creation of Community. Many have mourned the socializing that occurred in shuls as a negative side-effect in our pursuit of tefilah betzibur (communal prayer). However, this may be an intended goal of the synagogue of today and the Temple of old (and the future). Perhaps the Torah purposefully sacrifices some of the advantages of personal connection in favor of community building, that is facilitated by centralized worship.

One of the features of the Temple was that it was a place where lost and found objects were announced on the Even HaToen (Bava Metzia 28b). Where better, than the Temple on the holidays, the largest social scene of the year, to connect finders and losers. This phenomenon was not ancillary to the purpose of the Temple; it was, by design, a place of gathering and community building. This fundamental purpose of the Beit Kneset reflects the purpose in the Beit HaMikdash: to bring the community together, and to worship God as a community. Even if the bama offered some personal spiritual benefits, the value of community building is more important and compelled this ban.

It is important to distinguish between socialization and community building. While these two overlap, they are not the same. Socializing generally occurs between people who intend to socialize. They are formed through invitations and planning, occurring at scheduled times and places. Community building is something that incorporates everyone. We make lifecycle moments in shul for everyone to share. We see everyone in shul. No one is invited; it is a place for everyone. It is the community that looks out for the needs of every individual, regardless of their social groups. To me, this communal experience has been the largest sacrifice of the past year.

It is my hope that our communities will emerge from this crisis with great strength and growth. We all discovered experiences and ideas that we will want to take with us. Let’s all think carefully about what we want to take and what we want to leave. Let’s also be careful not to replace community with anything else, since it has been the backbone of the Jewish religion throughout our history and truly represents our future.

About the Author
Rabbi Kenny Schiowitz is the rabbi of Congregation Shaare Tefillah of Teaneck and teaches at the Ramaz Upper School where he serves as Talmud Department Chair and as Director of Judaic Studies and Religious Life.
Related Topics
Related Posts
Comments