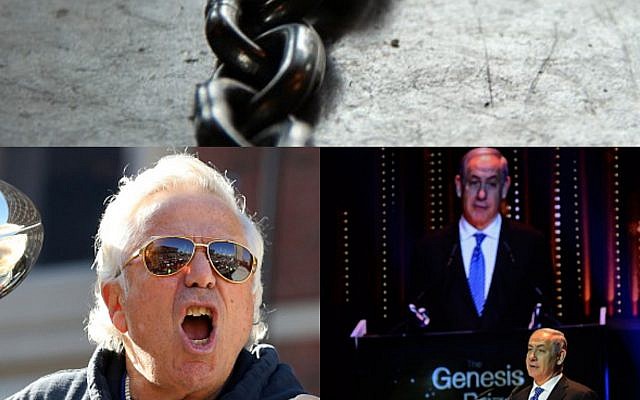 Did you know that the National Football League earns $14 billion in revenue and women earn approximately 2% of that amount? It’s a multi-billion dollar industry that virtually excludes women. And did you know that cheerleaders generally make far less than minimum wage and frequently endure sexual harassment? There have been many lawsuits by women against the NFL in recent years.

It’s not difficult to find the through line between a man who rakes in billions of dollars every year by running an enterprise that includes exploitation of women – to a man who is willing to have his chauffeur drive him to a cheap brothel ‘spa’ in order to exploit women. New England Patriot’s owner Robert Kraft was caught on video soliciting, paying for, and engaging in sexual acts with women who were victims of human sex trafficking in Florida – on two separate occasions in the course of a statewide sting operation. According to the local police, Kraft was a regular at the spa where Asian women and girls were used and abused.

Sex trafficking is far more profitable than America’s favorite sports league. Sex trafficking is the fastest growing billion dollar industry in the world, currently earning about $100 Billion in revenue for those invested in this criminal enterprise. Most victims are women and children.

As has come to light, Kraft’s philanthropy has even been directed to anti-trafficking non-profits. Which means there’s no plausible deniability for Kraft that he doesn’t understand just how women and girls suffer in the extreme from the kind of sexual exploitation he perpetrated. I’ll add, allegedly – according to police surveillance video.

This fantasy that people have that prostitutes are simply women with hearts of gold or empowered entrepreneurs is impossible in the face of facts. Over 90% of women and girls in sex industries arrived there as victims of gender-based violence and child sexual abuse, and once in, experience continued violence, abuse and financial exploitation. Most have untreated PTSD. More often than not these women and girls are impoverished persons of color, as well as trafficked from other countries. Whereas, the buyers are primarily white, affluent men. Legalization doesn’t change any of this, in case you’re wondering.

In the case of the ‘massage parlor’ Robert Kraft was seen visiting on January 19th and 20th this year, the Jupiter, Florida Sheriff had this to say: “I would never consider them prostitutes — it was really a rescue operation,” the sheriff said, training his anger at the men whose demand for sex kept the massage parlors in business. “The monsters are the men,” he added.

Last year, white, billionaire NFL owners voted to penalize teams when players silently took the knee during the national anthem. The players’ intent was to advocate for #BlackLivesMatter. Perhaps that’s just a coincidence. But I see another through line.

Jewish community support for Robert Kraft is not only a manifestation of profound, ingrained, cultural misogyny, it is also an expression of racism. The ‘Other’ doesn’t matter.

Patriarchy will do Patriarchy. It will fight tooth and nail to protect itself and will be aided and abetted in the process.

There aren’t many, but there are some Jewish organizations such as The National Council of Jewish Women who are actively working to combat the scourge of sex trafficking. T’ruah does some work in this arena, as well. JCCA in Pleasantville, NY, which is under Jewish auspices, cares for victims of sex trafficking, girls, age 12-16. Jewish Women’s Archive publishes educational articles.

There are others. But not nearly enough. Though we were once slaves, and hold an annual holiday to remind us of this, we in the Jewish community and Israel don’t prioritize ending sex trafficking and gender-based abuse and violence.

Israel’s Genesis, in an All About Adam move, is standing by their man. They are honoring Robert Kraft with their annual million dollar prize. Even though it defies all logic that a man who runs a multi-billion dollar empire didn’t know the ramifications of the contracts he allegedly entered into at the Orchids of Asia Day Spa. According to authorities, the women were living in deplorable conditions. But Mr. Kraft didn’t seem to notice… or care. Imagine if we lived in a world where our Mr. Kraft had helped them, in lieu of seeking self-gratification. Genesis is Israel’s equivalent to the Nobel Peace Prize, after all. It’s recipient is someone to admire, who inspires.

One can understand the loneliness and longing for human touch. Yet at whose expense? Women who are held captive, their lives and the lives of their families threatened? Women forced into sexual slavery?

Does this represent the pinnacle of achievement in the Jewish world and Israel? Apparently, for now, it does.

You know who isn’t winning any million dollar prizes in the international Jewish community? Victims of sex trafficking, sexual abuse and harassment.

I think this is a good time to help Jewish organizations who are helping victims, in any way we can. Keep our eye on this prize – the goal of raising awareness and ending sex trafficking aka slavery, and sexual abuse of women and children.