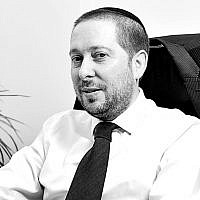 The Blogs
David Arden
Apply for a Blog
Please note that the posts on The Blogs are contributed by third parties. The opinions, facts and any media content in them are presented solely by the authors, and neither The Times of Israel nor its partners assume any responsibility for them. Please contact us in case of abuse. In case of abuse,
Report this post. 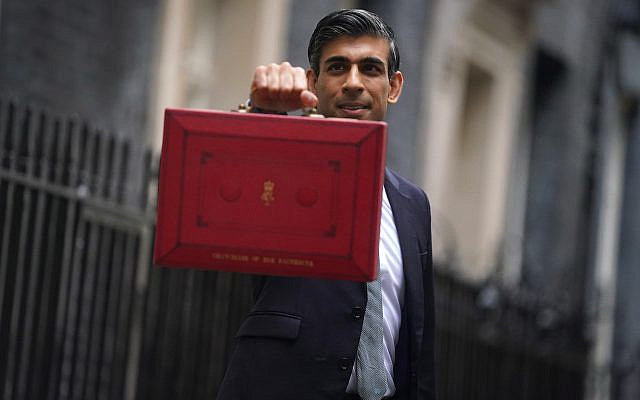 Chancellor of the Exchequer Rishi Sunak holds his ministerial 'Red Box' outside 11 Downing Street, London, before delivering his Budget to the House of Commons. Picture date: Wednesday October 27, 2021.

The furlough scheme was an undoubted success of the Government’s response to the coronavirus pandemic, both across the country and within our Jewish community.

Introduced back in April 2020, to provide a vital buffer when the nation needed it most, the Coronavirus Job Retention Scheme ran for 529 days – finally closing at the end of last month.

During that time, 11.6 million jobs were supported by furlough, through which employees stopped working but kept their jobs – with the Government paying a percentage of their salary. That support started at 80% (up to £2,500 a month) and was slowly tapered off towards the end.

For our community, the scheme was a win/win. Many Jewish workers saw their jobs saved by furlough, while lots of communal business and charities used the scheme to help stay afloat through the most difficult of times.

So, naturally, as the scheme closed there was understandable fear about what would come next. Thousands of jobs were expected to be lost as forecasters, including the Bank of England, predicted a rise in unemployment.

In fact, the opposite has happened. Since the end of furlough, for many but not all, the employment landscape has become increasingly buoyant.

What is most interesting from an employment perspective is the response of those people whose jobs furlough couldn’t save long-term, but how the majority have now been able to find appropriate and fulfilling new work as we emerge out of the pandemic.

I spoke to three Work Avenue clients* to find out how our community has been bouncing back even after Government support ended.

Naomi worked for a Jewish charity and, along with many others in similar roles in the sector, was furloughed. The Government support kept her afloat until the pandemic worsened and she was eventually let go amid concerns of a sustained dip in charitable funding.

Naomi told me: “I felt despondent when I was made redundant. Along with the loss of income, I also felt a real loss of something I loved to do.”

But, as the pandemic lifted, she found a new role in another communal charity which is the perfect fit for her skills and passions, and which she is excelling in.

The high street and hospitality sectors were hardest hit, something Oliver knows all about. He was furloughed from his retail job at first, then eventually made redundant. He worked hard on his employability and transferable skills and, like Naomi, has found an ideal new role.

Oliver said: “It took a lot of effort and a few knock backs, but I’ve now got a role I love with a gift experience business. It’s been great for me, and shows how the whole sector is getting back on its feet too.”

On the other side are our Jewish-run businesses. Jeremy runs his own promotions firm in the entertainments industry, a sector hit very hard.

The job retention scheme helped him keep going, but only just, as he was able to furlough four employees and stay afloat. His firm still took a massive hit and he’s now working with us to source other work to supplement his core business, one of many entrepreneurs who has had to change focus over the last 20 months.

However, while these are good news stories, as always the jobs market is nuanced. Even when booming, some skillsets and sectors can be left behind. There are many that continue to struggle to find work whatever the landscape looks like.

We are under no illusions about how difficult the working world remains for so many, but as furlough ends we do see a brighter future ahead for our community.

* Names have been changed to protect identities.

About the Author
David Arden is the CEO of Work Avenue. He has a background in project management, business change and delivering strategy and has held roles in the public, private and not for profit sectors.
Related Topics
Related Posts
Comments