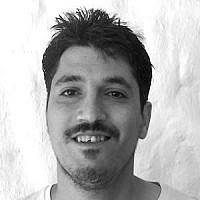 G-d Bless America! I shall say it again, over and over. Never in recent modern history have we found such a strong and reliable ally. To all the people of the United States of America from a variety of backgrounds, so rich and diverse, The simple country folk of the deep south known as Hillbillies yet undeniably patriotic to their nation and its values, the African American people who through turmoil and suffering have in spite of all the odds stacked against them refused to be accepted as inferior. The Hispanic people who were born and raised Americans and brought a rich spice and variety to the way of American life whose parents were always satisfied to settle for less, The Asians who in science and medicine contributed to a myriad of America’s achievements, the various Caucasian Americans from all walks of life and levels in society whom pride their liberty before being subject to tyranny and have stood up against it whether its in their streets against the war in Vietnam,court rooms in civil rights matters. Even on Omaha beach when they fought alongside other Americans who gave their lives at such a young age, to free Europe from the clutches of the Third Reich. in order to make the ultimate sacrifice in the name of liberty for freedom from tyranny and oppression.

The American who accepted a bulk portion of world Jewry and in turn have reciprocated their kindness and generosity from Independence by establishing the American economy as a global force to be reckoned with and put the United states on the map through Hollywood and pop culture. Once Again I say to all Americans G-d Bless America and I will say it again.

Sure the world is in uproar over America’s foreign policy and the financial monopoly of wall street yet happily watch and entertain themselves with American movies, drive American cars and listen to American music. Then now that a true man of grit has taken the podium to steer his nation forward and make it great like it always has been the world is in Uproar. This man Donald Trump will not allow immigrants from high risk predominantly Muslim countries where fanatics preach death and hatred towards America on a daily basis, which climaxed in the nine eleven tragedy where the twin towers were destroyed by hijacked aircrafts crashing into them.

Now folks what I want to make clear is whether you Democrat or Republican or even a non American left winger you need to understand this. The United States of America did not declare war on radical Islam, radical Islam declared war on America and in doing so have brought mayhem and carnage upon many uninvolved Muslim folks living there into disrepute. The United States was under every moral obligation to invade Afghanistan which shielded Al Qaeda who attacked them to begin with. Yet the masses in their self righteous backward sense of morality support the likes of the Taliban? Ask yourself who were the Taliban and what did they do prior to the American invasion? In a plain simple answer they were that loathed oppressive regime that overthrew the Afghan government forcing ridiculous laws on Muslims who see it as draconian themselves, the same Taliban that refuses women the right to an education, the same Taliban that forces women to wear an apparel which even covers their eyes and are not obliged to do so in Muslim law except in their own worldview, the same Taliban that banned music and entertainment from ordinary Afghans who did not wish it upon themselves to fall under tyranny with their own religion used against them. So Yes America was justified in removing them.

Fast forward the Iraq war a very debatable bone of contention, yet ask yourselves this who of the raging left knew the level of Saddam’s depravity? Chemical weapons? Where else did the Assad and ISIS forces get hold of them if they were not moved from Iraq? It is common knowledge Saddam gassed kurds yet that doesn’t merit outrage nor do the gassings in Syria concern any so called human rights activist, who would much rather harp on about Gitmo bay and the Iraqi invasion was it for oil? If so why blame America when any other gulf state could have easily suggested it in order to settle a score with Saddam. The only regrettable outcome is an emerging Iran and Hezbollah proliferating on Israel’s borders. It is a little known fact that Ariel Sharon warned America about the Iranian threat as being more serious yet at the same time Saddam was bankrolling suicide bombings.

In Libya the world begs for American intervention, they get it but lo and behold America are the bad guys for providing the assistance they were asked for. In Syria Russia practically turned Aleppo into another Grozny with the aid of Hezbollah no condemnation? Assad gasses his own people again no condemnation? ISIS gas Syrians too no condemnation only admiration yet the country which now grew a pair of its old steel Balls back is now being picked on for retaliating against the gassing of Syrian civilians and the world too is in uproar? So I say again to these gutless centipedes and spineless invertebrates of the far left G-d Bless America.

As for the border wall between Mexico and the USA, no country wants illegal and undocumented aliens not even in sub Saharan Africa do they want neighbouring fellow sub Saharan African nationals waltzing in, the Congolese have it in for the Rwandans, the South Africans have it in for the rest of the continent thrust on them. Even Nigeria and Ghana are in constant spats about their nationals intruding in each other’s countries without permission. So to say this is a racial matter is simply petty and immature. If country’s ignored their borders or allowed the masses to walk in as they please it’s only a matter of time before irate locals erupt in Xenophobic and hostile behaviour which is exactly what the American government is trying to prevent! As this could turn nasty for local American born Mexicans if xenophobic hostilities were to be misguided in their direction. It’s unfair on them more than the rest of the USA. I know about xenophobia having lived in South Africa for the most part of my life. I have seen how the local population can reach boiling point and turn on foreigners, no sane leader or society wants that to happen. So if you are against Trumps immigration policies would you rather have the negative segments of the local society to take things into their own hands alternatively with tragic consequences for all parties involved?

With the growing menace of ISIS,Iran and the fat Kim in North Korea spoiling for a fight while brandishing his Nuclear weapons. and the loony left defends this psychopath who gasses people in concentration camps in the 21st century?! America once again rises to the occasion and flexes her muscles as we speak now Donald Trump has ordered an aircraft carrier off the Eastern Mediterranean coastline. The America which is becoming the great nation it was is yet downplayed by criticism on matters which I did mention, namely the Islamic travel ban. I do not doubt for a second that ordinary human beings are affected by this but America’s safety comes first and how is a great country like America going to put itself first by letting in bad people who will hide amongst good adherents of the Islamic faith in order to strike America? If Trump really hated Muslims per se, isn’t it a bit odd that he struck Assad’s air force a hard blow after he (Assad) went and gassed innocent Syrian Muslim kids? Some of you say it was ISIS.

Rest be assured together with Russia, when it comes to ISIS Trump leaves nothing to chance even calling for safe zones within Syria for civilians to safely return home and rebuild their embattled homeland. Who opposes this? Iran and Hezbollah so to the mad Mullahs and Hezbollah which the Trump administration has positively identified you as a Terrorist entity operating illegally in Syria and building up in Lebanon without provocation, that aircraft carrier is not docked in Haifa for nothing! So dare you even entertain attacking Eretz Israel not only will we respond with overwhelming technology and firepower, you would face a much fearless America with all kinds of stuff at her disposal. So I say to an incredible country who has opened her eyes realizing who her true friends are without backing down whether it’s with Israel against Assad’s Syria,Iran,Hezbollah and ISIS alike. In addition to standing side by side with Japan,South Korea and Taiwan against a homicidal North Korean tyrant with the aptitude of an unstable toddler,armed to the teeth with nuclear weapons. I happily wish my American friends, Republican or Democrat alike a belated independence day while saying G-d Bless America!