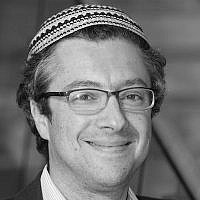 The Blogs
Emanuele Dalla Torre
Apply for a Blog
Please note that the posts on The Blogs are contributed by third parties. The opinions, facts and any media content in them are presented solely by the authors, and neither The Times of Israel nor its partners assume any responsibility for them. Please contact us in case of abuse. In case of abuse,
Report this post. 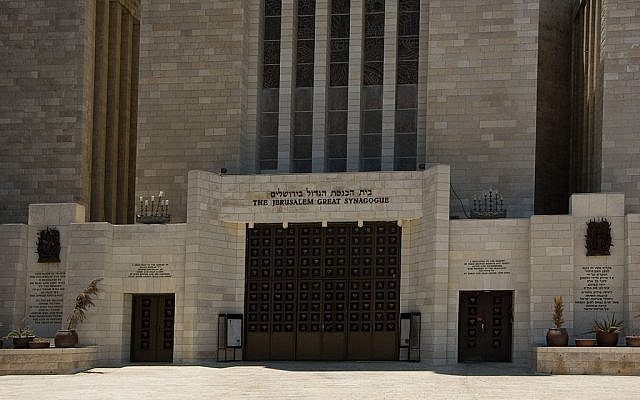 The Great Synagogue in Jerusalem will stay closed on the High Holidays this year (photo credit: Wikipedia)

Synagogues in Israel are today asked to make one of the most difficult decisions ever. Open the shul during the High Holidays and take the risk to spread the virus, or opt for the safer option and shut down during Rosh Hashana and Yom Kippur? In a dramatic announcement, the Great Synagogue in Jerusalem has just informed that the synagogue will remain closed until further notice. For the first time, since its establishment in 1958.

I would like to make the case that smaller synagogues should not follow this example and should hold public prayers during the lock-down, within the limitations established by the law. My argument is based on three complementary points:

First, we need to acknowledge that public prayers can lead to new coronavirus infections. In fact, any social and economic activity can help spread the virus. The government has the power to decide that the risk involved in a specific activity is too high and forbid it. But yesterday the Israeli government decided that public prayers are allowed, under certain restrictions. In this case, closing a synagogue becomes an act of religious coercion. Even if some members of a community are rightfully afraid of coronavirus infections, they are not morally entitled to coerce their stringent decision on all members.

Second, the idea that closing synagogues leads to a reduction of infections is often wrong. In most cases, if the synagogue is closed, the members will daven elsewhere. Hence, closing a synagogue increases the crowd in the other synagogues that remain open and consequently increases the risks of infections. This argument is analogous to the reason in favor of the installation of an antenna for mobile communication on building roofs. The more antenna we have, the less signal we need to transmit and, hence, the more mobile communication is safe!

Third, the decision not to open the Great Synagogue in Jerusalem was probably due to the understanding that they will not be able to enforce the government guidelines. We all agree that a synagogue where hundreds of people crowd together without wearing a mask should be closed. For the same reason, synagogues where the directives are followed should remain open and offer a safe alternative. Many synagogues that I have recently visited are very strict about the maximal number of people allowed, two-meter distancing, and mask wearing. If also your synagogue can follow the rules, you should advocate for its opening.

About the Author
Emanuele grew up in a Jewish family in Italy and moved to Israel at the age of 19. He studied Physics at Technion and at Weizmann Institute of Science. Emanuele also did research at Harvard University in the US and is now a professor of Physics at Bar-Ilan University.
Related Topics
Related Posts
Comments