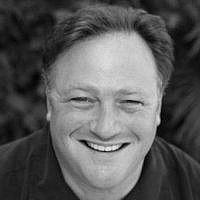 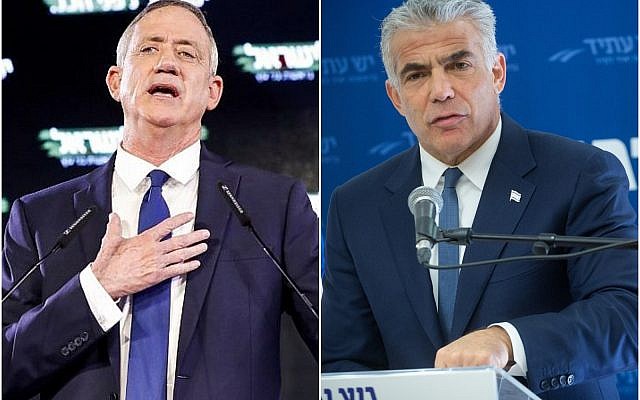 General Gantz: Thank you for speaking last night and allowing us, the Israeli public, to finally hear where you stand on various issues. You have begun to confirm that you are indeed a centrist, as has been speculated through the weeks of your political silence. As a solidly centrist voter, I welcome these views coming from a person of your stature and position. I very much look forward to hearing further details on your plans, and more about your views on issues both mentioned last night and not.

That being said, I can’t help but point out the obvious — your expressed (and presumed) views are extremely similar to those laid out in the full Yesh Atid platform. And nearly every poll that explores the possibility of a union between Israel Resilience and Yesh Atid shows it to be the only currently credible challenge to defeating Prime Minister Netanyahu at the polls. There has even been a widespread social media campaign — Without Union, the Voice is Lost — launched to express the will of large segments of the population, begging for political union among Netanyahu’s opponents in the center. I congratulate you on bringing General Ya’alon into your alliance, helping to consolidate the middle, but we need more.

Your party’s slogan is “Israel Before All,” and you made abundantly clear in your speech last night that your view (which I heartily agree with) is that Netanyahu no longer is what’s best for our country. And yet, you and Mr. Lapid have not been able to come to an agreement on joining forces.

Now, of course, I do not solely place the blame on your shoulders, General Gantz.

Mr. Lapid: You are now entering your third Knesset campaign, and will lead your party into its third Knesset after one in the coalition and one in the opposition. You have built a successful party full of accomplished parliamentarians who are clean of political corruption. You have staked out solid ground in the center of the political spectrum (and not Center-Left as propagandists to the right claim, and as the media perpetuates via the fallacy of the Right-Left dichotomy in Israel). You have even made a name for yourself as a quasi-Shadow Foreign Minister, and done a good job of it.

And yet despite that, the Israeli public has not yet gotten on board with viewing you as their future Prime Minister. I see it, and think you’d do a great job, but that makes no difference. Around a year ago, Yesh Atid was polling neck-and-neck with Likud and you were gaining ground on Netanyahu as favorite for Prime Minister. I can’t say what has changed, but those numbers have dropped lately in the (albeit notoriously inaccurate) Israeli polls. And neither Yesh Atid nor Israel Resilience alone have come close in any recent polls to where Likud stands currently.

Perhaps Gen. Gantz has what you need — the security experience and foundation that Israelis may fear in your lack. Again, together you have the only credible chance of defeating Netanyahu at the polls.

Gen. Gantz and Mr. Lapid: The common wisdom (which seems quite plausible) about why you have yet to join forces is that neither of you is willing to take the number two spot on the other’s slate. I completely understand that. You have both gotten to where you currently are through your strengths and hard work. But if you both honestly care most about what’s best for this country, and if you both agree that Netanyahu is no longer that, you have to find a way to work this out. You must make a deal.

General Gantz, we have previously had two former IDF Chiefs of Staff serve as Prime Minister. Yitzhak Rabin served two terms, though not consecutively, and after his first (moderately successful) term he continued to serve in the Knesset and even in the cabinet. This political experience arguably paved the way for him to later win his second Prime Ministership. Ehud Barak had a much less successful term as Prime Minister, and even he was only able to reach that position after serving as a Minister under both Rabin and Peres.

I think you see where this is going. Jumping directly into the role of Prime Minister might not best serve your long-term goals. Perhaps the best bet for a long political career that might actually last beyond a single term would be to get more political experience under your belt to match the military and leadership experience you already have. Take advantage of the full strength of the Yesh Atid party framework, with excellent MKs, a large volunteer base, and experience in various areas of government. Agree to work as one of the major Ministers (Defense would be most obvious, but not the only possible one) alongside Mr. Lapid as Prime Minister.

Mr. Lapid, this kind of agreement from General Gantz alone would not be a “deal.” You need to give him something in return. I believe the perfect trade-off would be the commitment (on paper, if necessary) of moving Yesh Atid to a party with primaries before the next Knesset elections (whether or not you become Prime Minister in this election). This would give General Gantz the possibility of earning the leadership position, should he feel so inclined. It is also something you have been promising since your first election campaign — that once Yesh Atid became more established as a political party you would move to such a system. I believe three terms in Knesset is enough to be considered “established” rather than a new or young party.

I can say that many Yesh Atid supporters (myself included) are much in favor of primaries within the party — it is a glaring weakness in a party that preaches so strongly for democracy in this country. I also have met many people who have not voted for Yesh Atid for this exact reason alone. Moving to primaries for Yesh Atid would benefit the party and the democratic process in Israel overall. And if it is enough to win General Gantz to your side, it would be a small but ultimately worthy price to pay.

If there is some other deal that you two can make, in which Mr. Lapid takes a major ministry as second on the list, and General Gantz is able to give something in return, do that! I have outlined what I believe to be the most logical and fruitful arrangement, but what I really want is for you to unite and win at the polls.

No one knows how Attorney General Mandelblit’s pending announcement about Mr. Netanyahu’s legal cases may play out in the election campaign. We don’t even know what his eventual decision will be. Perhaps one of you is waiting on that, hoping that a critical announcement from Mandelblit might boost you in the polls. Well, I’m sorry, but no one has the time for that. There is a very short window of time before party lists must be delivered, and there are too many open questions. Plus, I would much rather see Mr. Netanyahu defeated in an election than forced to resign due to legal issues. That is not good for anyone in this country.

General Gantz and Mr. Lapid — Please make a deal ASAP to join forces, one way or the other. There is a Future in this country, so let’s put Israel Before All so we can all benefit!