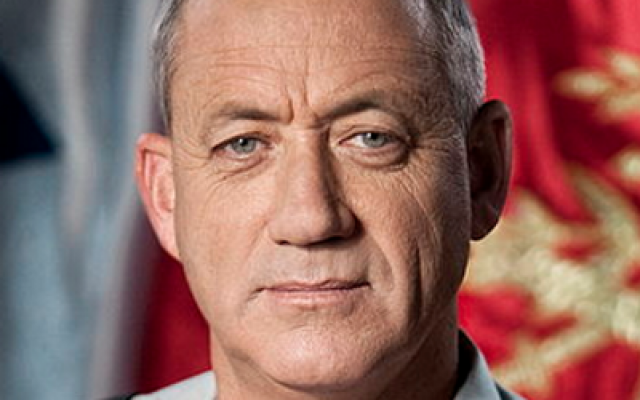 So why do I stay in Israel? I look out my window, the sun is shining and in Minnesota it’s minus 28; in Manhattan it’s also cold; in Chicago it’s minus 21 and falling, while in Madison, Wisconsin, where I did my Masters Degree, it’s 28 below. So what does that all mean? It means that here you can at least think straight; it means that in Israel you don’t risk hypothermia. Of course you risk other things like being crazed by all the ups and downs of national politics. Last night, for instance, Benny Gantz presented his plan for the future. You know, he has such an honest face, believable.  All kidding aside, I’ve got the feeling that we finally have a leader.

I’m telling you this strictly from instinct. It’s like that book Blink by Malcolm Gladwell: you can certainly trust your intuition because it’s sometimes better then the left side of your brain, sort of like trusting June weather in Israel. Last night I had the feeling I was watching the eyes of an honest man, albeit with no political experience.  This could actually be a plus.  I know this is not a typical intellectual response and of course THAT fact would ordinarily worry me to the hilt. I would normally be so paranoid that, perhaps like you, I would immediately think that I was being duped. But I ask: Couldn’t Gantz just be the man who’s willing to listen to others? Would he surround himself with the best minds? Would he feel the pulse of the “people”, and then finally deliver what he says he’s he’ll deliver? To be honest, I believe him, I really do. Perhaps it’s my own naivety.

I have no problem that Benny Gantz is a military man; we’ve had so many great leaders who were first and foremost military figures. In their gut, most of them were also phenomenal strategic thinkers, a quality that I believe has been sorely lacking in Israel leadership for the last decade.  I don’t know what kind of strategy Gantz’s will be, but I believe that people who know how things are run and RUN them, from the nuts and bolts to the clouds, are far better then day-to-day “strategy-makers”. Such day-to-day rulers only know how to hit rivals in their gut by falsehoods and inuendo.  The show must end. Take, for instance,  Miri Regev’s response to Gantz’ speech.  She should have remained silent. That would have done her party good!  Instead she raved and ranted about Gantz being a leftist, which is of course absolute nonsense. Seeing her embarassing diatribe sealed my wish to the election geni: I hope that the collective votes of the people will change the regime, whether or whether or not Bibi is indicted. Ten years is simply too much!

Meanwhile the sun is still shining; I feel sorry for my cousin Merle who is in Chicago suffering from the cold. Dear cousin, I invite you to come join us here in sunny Israel where it may be kind of crazy;  right now I’m feeling like the hero in French director Phillpe de Broca’s “King of Hearts”, the film where, after so much craziness, the hero, stark naked, grabs a birdcage and starts to walk up the hill to his new home, presumably forever. Those who have seen the film probably know what I mean. Others who haven’t, I strongly recommend that you do.