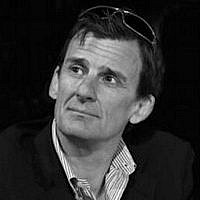 The Blogs
Dave Harden
Apply for a Blog
Advertisement
Please note that the posts on The Blogs are contributed by third parties. The opinions, facts and any media content in them are presented solely by the authors, and neither The Times of Israel nor its partners assume any responsibility for them. Please contact us in case of abuse. In case of abuse,
Report this post. 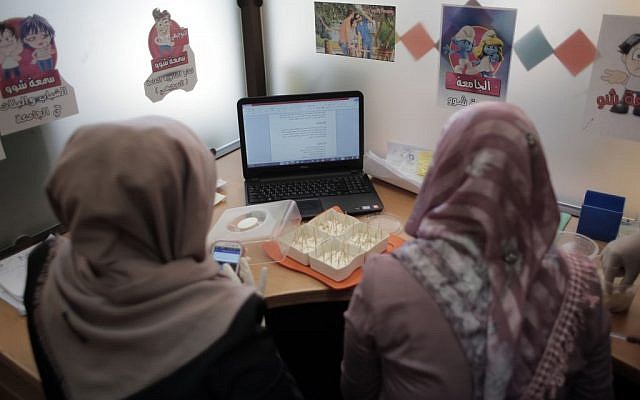 Illustrative: Palestinian entrepreneurs brainstorm ideas as they compete for acceptance in the third version of Mobaderoon project, hosted by the Islamic University's Business and Technology Incubator in Gaza City on November 24, 2015. (Khalil Hamra/AP Photo/File)

In January 2006, Hamas won the Palestinian Parliamentary Legislative Council elections. The US and Israel adopted an economic theory of change: apply economic pressure to push positive political outcomes. The goal was to marginalize Hamas, drive a wedge between rulers and the ruled, and encourage a new moderate power structure in Gaza to build a foundation for peace. I know, because I was there in Tel Aviv at the US Embassy implementing US policy in Gaza. What could go wrong?

Nearly 13 years later the results are clear. The theory was flawed and the impact has been catastrophic for both Palestinians and Israelis. The political environment in Gaza is now more extreme, disconnected, and dangerous than in 2005. In the Gaza political spectrum, Hamas is ironically the centrist power challenged on the fringe by Salafists, ISIS and Islamic Jihad. The power base of the historic Gazan business community, educated professional class, and vibrant civil society has collapsed. Everything that could go wrong, did — as evidenced by three wars, the highest youth unemployment rate in the world, and an environmental disaster on this small strip of land. The future is bleak too, Generation Z is lost, having spent the last decade indoctrinated and hermetically sealed from Israel, the world, and hope.

Enter Jared Kushner and Jason Greenblatt with their stalled pitch for renewed negotiations to end the seven decades conflict. As expected, there was nothing other than effective silence. The political leadership on both sides of the Green Line have written off the viability of a two state solution any time soon. In fact, the post-Oslo era almost seems quaint, a pre-internet idea in a world of smart phones and social media. Instead the Trump Administration should unleash the bottled up, inherently resilient private sector economy. Envision Gaza 2.0, where economic opportunity, connectivity and trade may begin to create better, more realistic prospects for stability.

Second, re-start textiles and agricultural trade. For decades, Gaza was a hub for textile manufacturing selling to high-end markets in Tel Aviv and Paris. The Palestinian textile producers and Israeli buyers still know each other. These relationships can re-start in weeks. Gaza also produces some of the best strawberries in the world. Historically, Gazan farmers exported strawberries to London and carnations to the Dutch flower markets. The precondition: farmers and textile manufacturers need predictable and expedited clearance to sell their product abroad. Not a problem, Israel has already piloted a known trader program out of Hebron — where trusted companies can fast track their product to global markets.

Third, double down on the tech sector. A compelling model is Gaza Sky Geeks the first startup accelerator and full-stack coding academy in Gaza. The West Bank has seen an in flow of early stage venture capital, with increasingly impressive results. Gaza 2.0 requires a private sector driven, global fund for investment capital in Gaza.

The skeptics say that an economic strategy toward Gaza is naive and undervalues political Palestinian aspirations and Israeli security concerns. Jenin in the northern West Bank demonstrates a different story. At about at same time as Gaza Disengagement in 2005, the Americans, Israelis and Palestinian private sector opened up this northern market for efficient and secure trade from the West Bank to Haifa and the world. Unlike Gaza, the Jalameh model — named after the crossing between Jenin and Israel — substantially reduced unemployment, stabilized the security environment, and empowered local Palestinian business, civic leaders. Jenin — the former epicenter of suicide bombers at the beginning of the Second Intifada — stands in stark contrast to Gaza today.

The people of Gaza — and the West Bank for that matter — are not going to forgo their political aspirations of statehood for better economic outcomes. A decentralized, private sector oriented approach to Gaza is not and cannot be an “economic peace” but it can be a compelling pathway out of the cycle of violence, destruction and despair of Gaza today.

About the Author
Dave Harden is the Managing Director of the Georgetown Strategy Group and was one of the longest serving American diplomats in Israel, leading the assistance mission to the West Bank and Gaza for more than a decade.
Related Topics
Related Posts
Comments