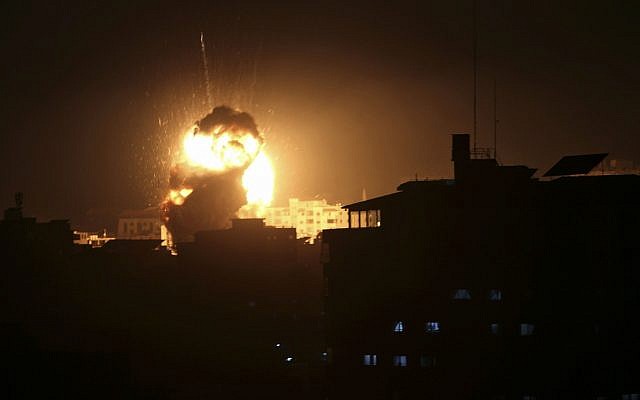 Has Bibi had the worst week of the election campaign? It was supposed to be a triumph. Netanyahu devised the perfect pre-election Washington itinerary; an oval office meeting, dinner with Trump and a speech to the adoring AIPAC audience. For Benny Gantz, his AIPAC address was a risk, set up to fail, unable to compete with Bibi’s White House antics, smooth US English and immense experience working the US crowd.

But when a missile fired from Gaza destroyed the house of a British-Israeli family in Mishmeret, injuring 7 people, including two children, Bibi cut short his trip and returned to Israel. He had just enough time to celebrate Trump’s special election gift – US recognition of Israeli sovereignty over the Golan Heights -before flying home.

Last week, Benny Gantz stepped up his attacks on Netanyahu for approving the sale of German Thyssen Krupp submarines to Egypt and allegedly pocketing large sums of money from a share sale of a Thyssen Krupp subsidiary. On Saturday night, Netanyahu took the unusual step of agreeing to a live interview on Channel 12 news to set the record straight. Far from getting an easy ride, his interviewer forensically picked his explanations to pieces. Netanyahu looked flustered, he was erratic and incoherent. He said the submarine sale was approved because of secret intelligence that, bizarrely, had to be kept from his own defence minister and the IDF Chief of Staff, but was shared with the Attorney General, who the next day declined to corroborate this strange tale saying he wasn’t aware of any such secret intelligence.

On Monday it was Benny Gantz who took the stage at AIPAC. His mispronounced words bolstered his brand as a simple soldier, a rough diamond that doesn’t need to be polished. It was a powerful speech, full of passion and emotion.

He talked of the need to strive for peace but emphasised his tough military record. His strongest message was unity. Criticising Kahanists and racists he promised to heal the divide between Israel and the diaspora saying the Western Wall is ‘long enough for us all’ and ‘he never checked under his soldiers’ helmets if they wore a kippah’ or asked who was Conservative or Reform.

These were all sharp criticisms of Netanyahu, his political allies and his style of politics. For US Jews this was a refreshing change and a glimpse of a new era. 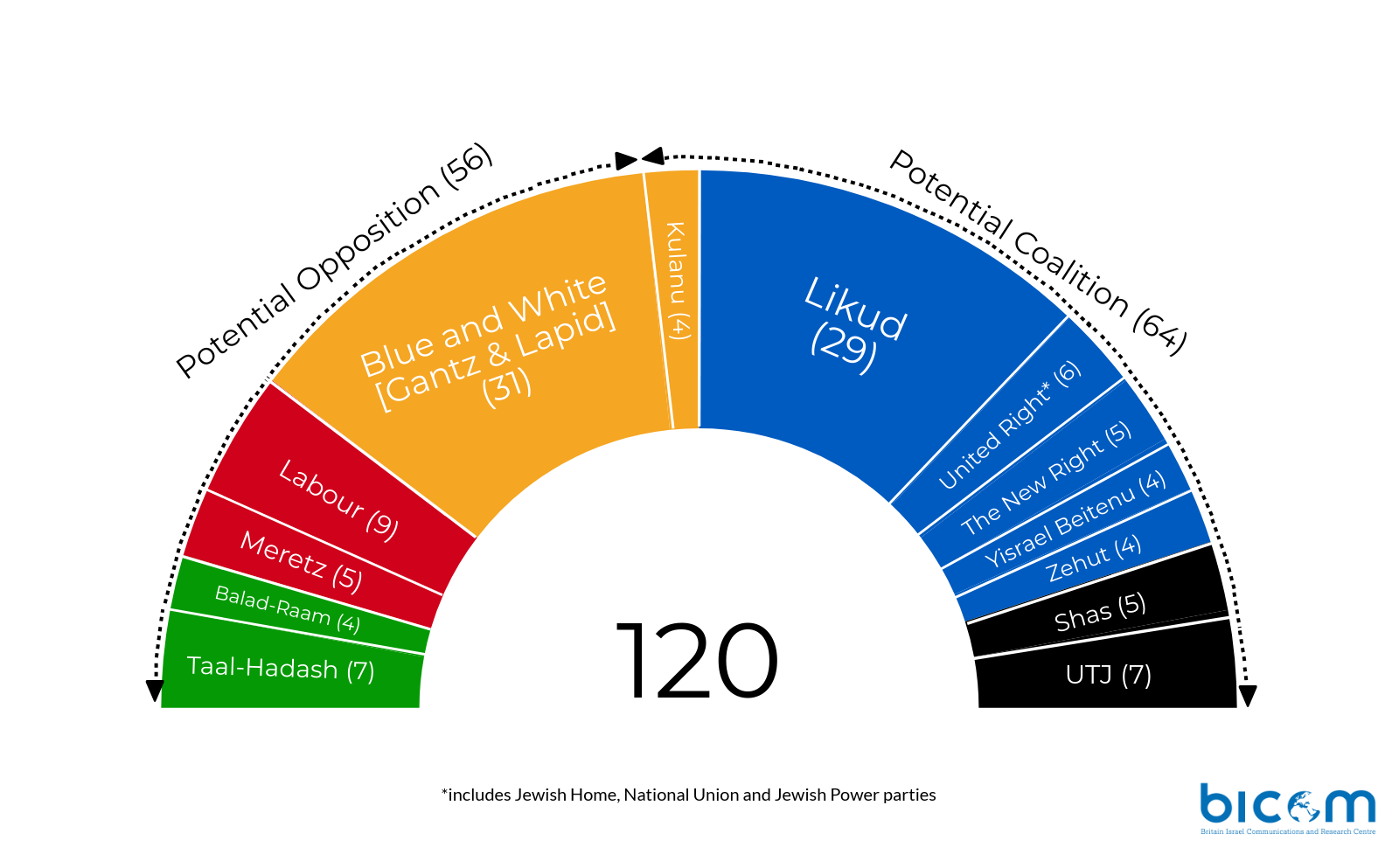 In contrast, Netanyahu’s address to AIPAC was a disaster. Speaking via a dodgy satellite link from the Israeli Defence Ministry, most of the speech was unintelligible, on a number of occasions Bibi’s words were drowned out by the sound of two Israeli men talking in another room.

It was a peculiar moment for AIPAC, whose stage management is so impeccably professional. For Bibi it was one of the worst speeches he has ever delivered. The master communicator couldn’t communicate and an audience so accustomed to giving him standing ovations was bewildered and disappointed.

AIPAC aside, Bibi returned to Israel with a big win – US recognition of Israel sovereignty on the Golan – that bolsters his claim to be the only Israel leader to secure such major diplomatic victories. US Ambassador David Friedman talked at AIPAC about the US plan for Israeli-Palestinian talks and his reassurances about Israeli security control of the Jordan Valley and Jerusalem implied Netanyahu has nothing to fear if the US plan is ever published. 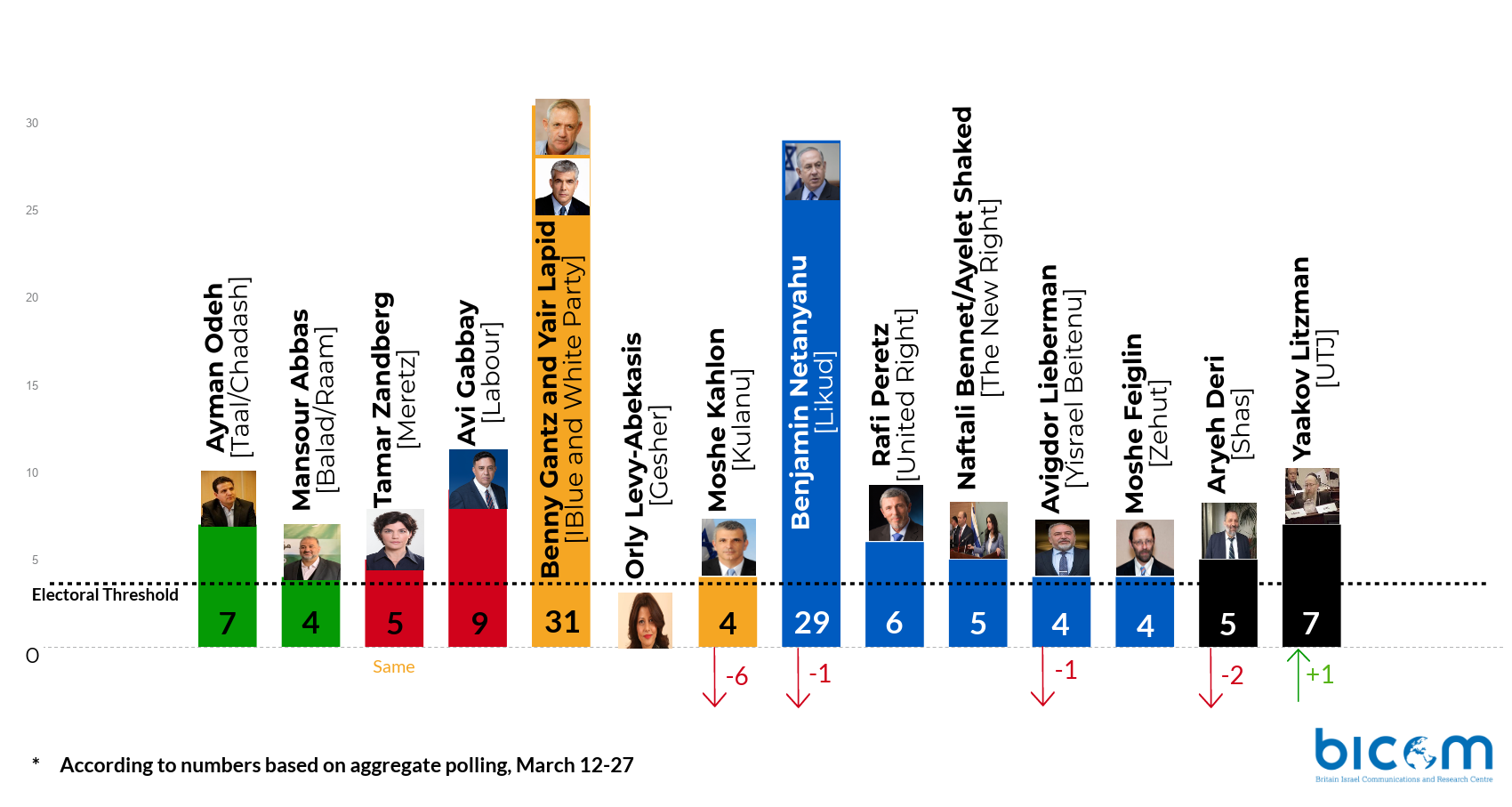 Despite that, it was Hamas leaders and the more radical Palestinian factions in Gaza that were able to dictate the Israeli Prime Minister’s schedule and put Gaza back on the agenda. Before leaving the US, Bibi talked tough and said Israel gave a very powerful response to Monday’s missile attack and would not hesitate to go in. But the reality is different. Hamas is gambling that Israel really does not want a wider war and so can prod Israel with missiles without risking a devastating response. There are calls in Israel for a large-scale military option that ends the regular missile attacks. Naftali Bennett said Southern communities should be evacuated and an air force operation launched to crush Hamas. Last November, 300 missiles were fired into Israel. On Monday night it was 60. The Israeli response was similar to November – limited and carefully targeted air strikes against Hamas military targets with minimum Palestinian injuries. A fragile ceasefire has been implemented. IDF units have been reinforced and reservists mobilised to signal that this time Israel means business. But the relative quiet on the border could be the calm before the storm.

On Saturday 30 March Palestinians will mark Land Day and the one-year anniversary of the start of mass protests and violent riots on the Gaza border fence. Hamas has been struggling to contain spontaneous protests against its inept rule in Gaza, it would much rather encourage the crowds to riot on the border and let off steam against Israel. The IDF has been trying to improve its response to border riots, but if firebombs and grenades are thrown at Israeli soldiers and attempts are made to break through the fence, there will be Palestinian deaths and that could mean more missiles fired into Israel and an escalating cycle of Israeli air raids and more missiles.

For Bibi, 12 days from an election, there are no good military options. If he limits the Israeli response to targeted air strikes, he will be criticised as weak. If he launches a ground offensive there will many Israeli casualties and missile attacks deep into Israel. He knows he would likely emerge from a short, devastating conflict, back where he started. The political options to scale down this conflict exist – a ceasefire agreement, easing of the blockade of Gaza, infrastructure investment, allowing more Gazans to work in Israel. But he never seriously pursued any of them, hoping he could keep Gaza on ice. As Prime Minister and Defence Minister, he only really has himself to blame.