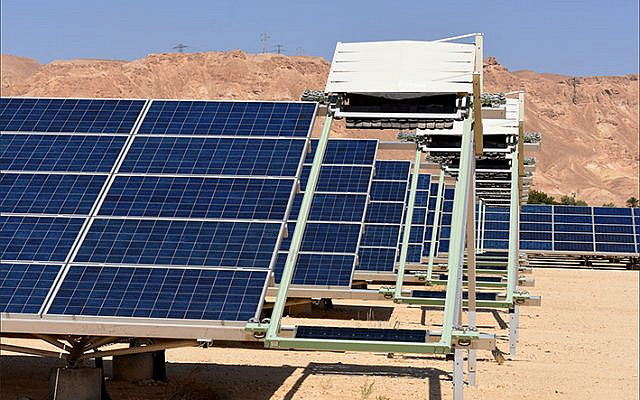 KIBBUTZ KETURA — At a remote desert outpost in Israel’s Arava Valley — far from the Hamas missiles and mob violence that shook this country several months ago  — Jews and Arabs are quietly working together to tackle the region’s most pressing water, energy and ecological issues.

The Arava Institute for Environmental Studies is located at Kibbutz Ketura, a lonely  settlement of about 450 people located just off Highway 90, a few kilometers from the Jordanian border in southern Israel. Its projects range from improving the cooling efficiency of solar panels to helping municipalities in the crowded Gaza Strip biologically treat their wastewater.

“We believe that the environment can’t wait for peace between Israelis and Palestinians,” said David Lehrer, the institute’s director. “Our focus is on cross-border environmental cooperation in the face of political conflict. That’s what we do. And if we succeed, we’ll have something to offer the world.”

Two years ago, Tareq Abu Hamed, academic director of the institute’s Center for Renewable Energy and Energy Conservation, brought civil engineers from Gaza and trained them to design, build and maintain a photovoltaic system to supplement the enclave’s unstable power sector. 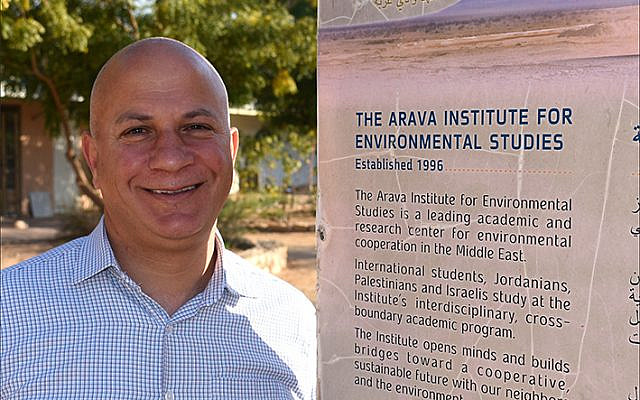 “Gaza is like a pressure cooker, and Hamas knows that. So they allow these kinds of projects,” said Abu Hamed, whose office looks out onto the “Methuselah tree” — a date palm that local kibbutznik and botanist Elaine Solowey sprouted from a 2,000-year-old seed found during the excavations of Masada in the mid-1960s.

The “Arava Institute at 25” gala came barely a month after the end of a two-week conflict between Israel and Hamas that claimed the lives of 12 people in Israel and 243 Palestinians in Gaza. Yet the institute’s cooperation with its Gaza partners will continue, said Lehrer.

This reporter interviewed Lehrer during a recent visit to Ketura, along with Abu Hamed, who will replace Lehrer as director late next month. 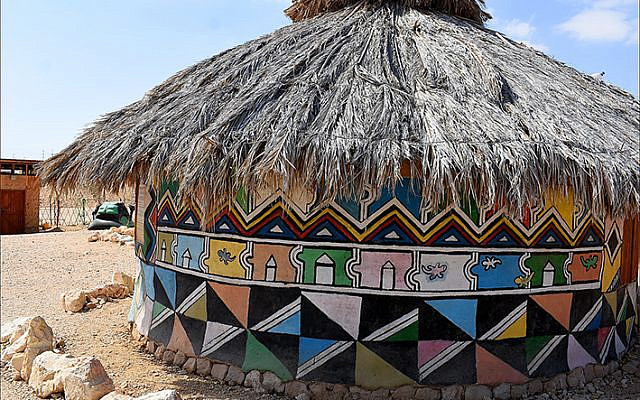 This energy-efficient natural dwelling is part of an exhibit at Kibbutz Ketura’s Arava Institute. (Larry Luxner)

A North Carolina native who’s lived on Ketura for nearly 40 years, Lehrer has led the institute since 2001. He says it’s a lie that Israel has “no partner for peace” among on the Palestinian side.

“In Gaza, we partner with small municipalities through Damour for Community Development, a Ramallah-based NGO,” he said, adding that two of Damour’s leaders are from Gaza and that he’s had a number of Zoom calls with his counterparts there.

In December 2019, the Arava Institute joined forces with Watergen, an Israeli company based in Petah Tikva that extracts humidity from the air using its own patented technology and produces high-quality drinking water. The venture installed an 800-liter-a-day machine powered by solar energy in Abasan al-Kabira, a municipality of 26,000 people near Khan Yunis in southern Gaza.

Then, in July 2020, a second, much larger 5,000-liter-a-day Watergen unit was installed in Khan Yunis. At present, the partners are building a mobile treatment system that will convert 100 cubic meters of wastewater a day into water suitable for agriculture. 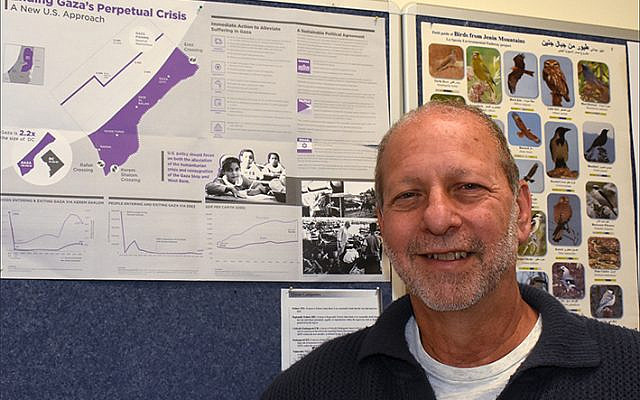 “We estimate that 95% to 98% of the drinking water in Gaza is deemed undrinkable,” Lehrer said, adding that about 600,000 of Gaza’s two million inhabitants live in areas that aren’t connected to centralized wastewater treatment plants. This forces them to use cesspits and open drains to dispose of their wastewater, causing significant health and environmental problems.

“International aid organizations are coming in with a top-down approach that takes forever to plan,” said Lehrer.

For example, back in 2004, the World Bank announced its planned Northern Gaza Emergency Sewage Treatment System (NGEST) with great fanfare. The $43 million project finally came online last year — but it doesn’t work, and for one simple reason: NGEST requires electricity, and there’s simply not enough electricity in Gaza.

By contrast, “we’re not trying to solve problems for all the people in Gaza. The Watergen project installed in Abasan al-Kabira will provide drinking water to 1,000 people. If we’re successful there, we’ll just bring in 25 more modular units. That’s why we’re succeeding. We work under the radar, and we don’t announce our plans in the press.” 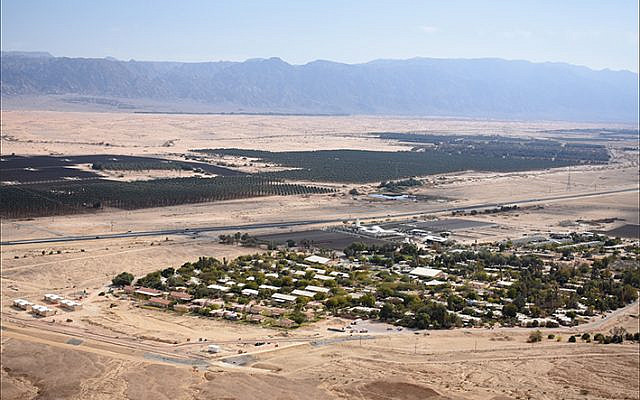 He added: “Because of the recent fighting, there is now more demand for those projects. The fact is, there’s less drinking water available, and there are more requests now from other communities for both our wastewater treatment and Watergen systems.”

The institute’s annual budget is around $3.5 million; about $2 million of that comes from Boston-based Friends of the Arava Institute and Jewish National Fund-USA; the other $1.5 million arrives mostly in the form of research grants from the European Union and the US Agency for International Development. It also has memos of understanding with 23 universities including Yale, Stanford, Northwestern, UPenn, NYU and the University of Florida.

Deepening ties with nearby Jordan a challenge

The Arava Institute offers a two-semester academic program accredited by Israel’s Ben-Gurion University of the Negev, with a focus on environmental issues. About 60 students study there — one-third Israeli, one-third Palestinian or Jordanian, and one-third from outside the region. The institute has also hosted students from Morocco and Tunisia. Classes are entirely in English, and all the students live together in shared housing on the kibbutz. 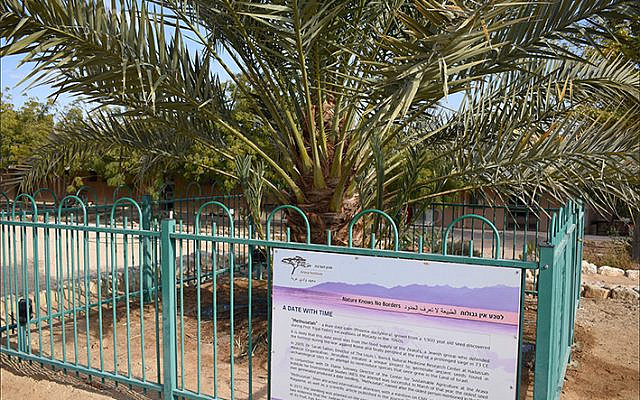 The famous Methuselah date palm at Kibbutz Ketura was germinated from a 2,000-year-old seed. (Larry Luxner)

And now — with last year’s signing of the Abraham Accords — citizens of Bahrain and the United Arab Emirates may also soon become part of the student mix.

Since Israel never fought a war with the Gulf states, however, Lehrer said those accords are more about business than peacemaking.

“My bigger concern is not whether we can sell Netafim pipes to the Emiratis, but how this relationship impacts Israel’s neighbors in our immediate vicinity, namely the Palestinians and Jordanians,” he said.

“Strategically, the Palestinians made a mistake in betting on the Arab world to save them. What is really critical in this whole warming of relations is what this does for Israelis,” he explained. “The potentially positive benefit is that it makes Israelis feel a bit more safer on this planet. But the Jordanians signed the [1994 peace treaty] with the understanding that it would benefit them. All they got was Israel deepening its hold on the West Bank and the occupation, and on the other hand, being pretty much ignored.” 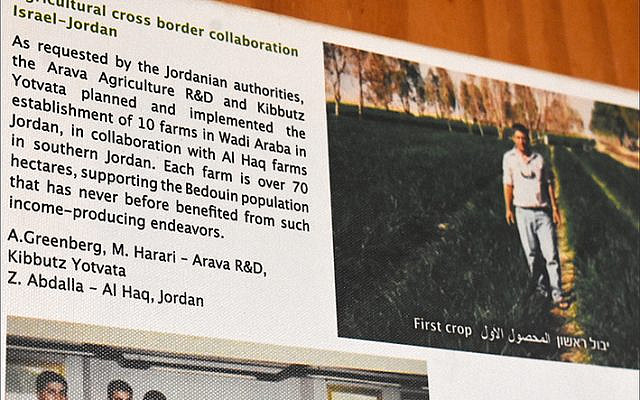 Yet one of the institute’s staffers lives in Aqaba, and there’s a lot of cross-border contact now.

“The Bedouin villages on the other side have benefitted from the agricultural knowledge the institute has offered,” he said. “There’s also a vast difference between the atmosphere in southern Jordan, which is mostly Bedouin, and in Amman, where there are more Palestinians.”

Abu Hamed, 48, grew up in East Jerusalem. During the First Intifada from 1987 to 1993, he fled the country for Turkey, earning advanced degrees in chemical engineering.

Upon his return to Israel, Abu Hamed spent three years at the Weizmann Institute of Science, did a two-year stint at the University of Minnesota and worked at Israel’s Ministry of Science and Technology for five years before coming back to the Arava Institute as academic director. 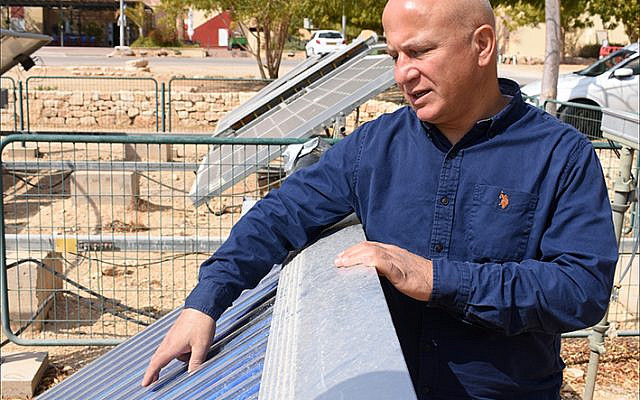 The father of five children — three of whom have lived on Ketura — Abu Hamed says the institute aims to use science as a diplomatic tool to bring people together.

“One country alone, by itself, cannot solve the region’s environmental problems,” he said. “We live in a very small region. Jordan, Palestine and Israel share the same air and most of the same water resources. I live in Jerusalem, and from my home near Ramat Rahel, you can see Amman.”

He said the institute “has managed to build trust with its partners in Jordan and Palestine, not because we’re tree-huggers, but because people will directly benefit from the work we’re doing.”

‘Being in the middle of nowhere helps us stay alive’

The Arava Institute has a discreet office in Amman that handles recruitment. Newspaper ads seeking applicants don’t specify “Israel” — and when many potential students learn where the institute is actually located, they lose interest.

“Students who decide to come to the Arava Institute know the consequences,” Abu Hamed said, lamenting the lack of a warm peace between Israel and Jordan. “Some don’t care and say, ‘I’m going to Israel anyway.’ Some only tell their close family; their friends don’t know. And when they graduate, some prepare two CVs — one that mentions Israel and one that doesn’t.” 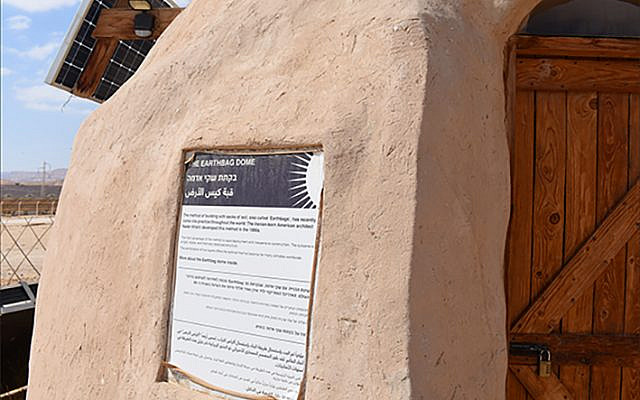 The “Earthbag Dome” is part of an exhibit on energy-efficient dwellings at Kibbutz Ketura’s Arava Institute. (Larry Luxner)

From Gaza, it’s particularly difficult to study in Israel. Just leaving the enclave through the Erez border crossing requires three permits: one from Israel, one from the Palestinian Authority and one from Hamas.

“I don’t believe this program would succeed if we were in Tel Aviv or Jerusalem,” said Abu Hamed. “Being in the middle of nowhere helps us stay alive. It’s not easy to bring a bunch of young Palestinians and Israelis, put them in a room, and say ‘ya’alla, let’s talk about the environment.’ Politics is in our blood. We have a peace-building seminar where they talk about everything — politics, religion, the Nakba. We take them to Jewish settlements, refugee camps, Yad Vashem. We expose them to the real Middle East.”

He added: “They live with each other 24/7 and they complain, but at the end of the semester they say this was the best experience they’ve ever had. They understand there’s another version of the story. That’s what we try to do here: build trust from the bottom up.”

About the Author
Miami native Larry Luxner, a veteran journalist and photographer, has reported from more than 100 countries in Latin America, Africa, Eastern Europe, the Middle East and Asia for a variety of news outlets. He lived for many years in San Juan, Puerto Rico, and the Washington, D.C., area before relocating to Israel in January 2017.
Related Topics
Related Posts
Comments
Advertisement