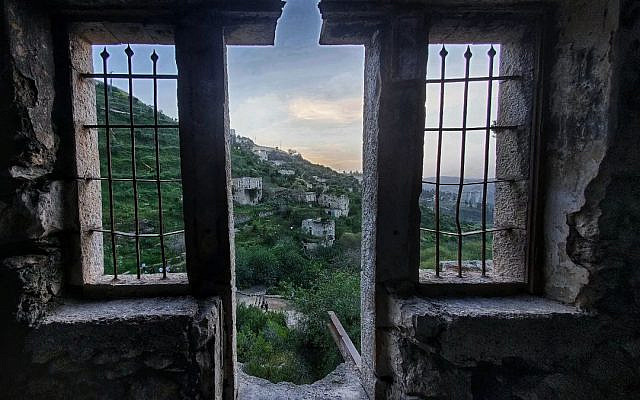 In the Haftarah of Shabbat Shirah, Deborah and Barak sing G-d’s praises for delivering the Canaanite general Sisera into their hands. Their poetic song lists all the heroes who led the Jews to victory. Towards the end of the song, it switches scenes to focus on Sisera’s mother and her anxious anticipation of Sisera’s triumphant return: “She gazed through the window (chalon) and she sobbed / Sisera’s mother [peeked] through the window (eshnav)…” (Judges 5:28). In this short passage we encounter two Hebrew words that mean “window.” What, if anything, is the difference between a chalon and an eshnav?

Let’s start with the word chalon because it is more common (appearing 31 times in the Bible) and its etymology is much simpler.

Rabbi Shlomo Pappenheim of Breslau (1740-1814) traces the etymology of the word chalon to the two-letter root CHET-LAMMED, which means “circular movement” and the “empty space” within a circle. Other words that Rabbi Pappenheim understands derive from this root include: chalil (“flute,” a hollow musical instrument), machol (a type of “dance” performed by going around in a circle), chalom (“dream” because it is a reflection of one’s thoughts going around and around in one’s mind), chillul (“desecration,” a reference to the empty void in lieu of holiness), challal (a “human corpse” emptied of its life-force), choli/machalah (a “sickness” that affects the body all around), and cheil (a “short wall” that surrounds a higher wall, effectively creating an empty space between the two walls).

In the same vein, Rabbi Pappenheim explains in Yerios Shlomo that chalon derives from this root because a “window” is essentially just an empty space or hole in a wall. Interestingly, in Cheshek Shlomo Rabbi Pappenheim adds that chalon specifically denotes a “round window,” thus connecting the word to both core meanings of the biliteral CHET-LAMMED. Even grammarians like Radak and Ibn Janach — who do not subscribe to the notion of biliteralism — list the word chalon as a derivative of the triliteral root CHET-LAMMED-LAMMED (“emptiness”), but the meaning is just the same.

We may now turn our attention to the word eshnav. This rather obscure word appears only twice in the entire Bible. Once in the above-cited passage concerning Sisera’s mother, and once in Proverbs 7:6 when warning how the strange woman (a metaphor for strange wisdom) might entice a person through the window. In Modern Hebrew, eshnav refers to a “service window,” like that which you would find in a post office or a bank. However, as we will soon see, that is nothing but a modern neologism.

Rashi (to Judges 5:28) defines eshnav as chalon, as do Ibn Janach and Radak. This suggests that both words mean “window” in the same sense. However, other commentators differentiate between the sort of window denoted by chalon and that denoted by eshnav. For example, Rabbi Yosef Kara (to Judges 5:28) and Meiri (to Proverbs 7:6) write that an eshnav is a “small window,” while, presumably, chalon is a general term for any type of “window.”

The Malbim (to Proverbs 7:6) somewhat cryptically comments that through a chalon one sees revealed things, while through an eshnav one sees hidden things. But, what does this mean?

The Zohar (Toldot 140b) relates that some idolaters would use the powers of astrology to see things hidden to the naked eye. These visions were seen by gazing through an enchanted window, using some form of witchcraft. The Zohar explicitly says that Sisera’s mother engaged in this sort of witcheries’ divination when she looked out the window to find out if her son would return from battle. Another example of this is Avimelech using a window to divinate that Rebecca was Isaac’s wife and not his sister (see also Tzror HaMor to Gen. 26:8, Sefer Ikkarim 4:43, Abarbanel to Judges 5:28, and Alshich there). Based on this, the Malbim (to Judges 5:28) writes that eshnav denotes an enchanted window created through witchcraft, by which Sisera’s mother expected to be able to see her son’s fate. By contrast, chalon denotes a regular “window.”

The Malbim’s explanation proves somewhat difficult because in the case of Avimelech, the Torah reports him gazing through a chalon, which suggests that the Zohar’s explanation concerning enchanted windows should apply to the word chalon, not eshnav. In fact, Rabbi Shmuel Landiado of Aleppo (d. 1610) writes in Kli Yakar (to Judges 5:28) just the opposite of the Malbim: In the case of Sisera’s mother, he explains that the term chalon refers to a mirror on the wall used for divination, while eshnav was a real “window” in her room that opened to the outside street. He explains that Sisera’s mother would first consult with her “hexed window,” and only then would she actually look out through her real window to see what was happening outside.

In his later work — Yair Ohr (on synonyms in the Hebrew language) — Malbim offers another fascinating way to differentiate between chalon and eshnav. In that work, Malbim writes that an eshnav is a window/mirror/lens that makes objects farther away appear to be closer. As the Malbim notes, fashioning such an item requires somewhat advanced knowledge of optics. Rabbi Chaim Futernik points out that the Malbim fails to give his source for this novel interpretation. Interestingly, the Malbim’s explanation is also found almost word-for-word in two works by Rabbi Elazar Reines (d. 1903), Shorashei Leshon HaKodesh and Mishlei Shlomo.

Other commentators take an entirely different approach to the word eshnav. Menachem Ibn Saruk (920-970) writes that eshnav refers to the mesh/lattice openings on upper floors. Rabbi Moshe David Valle (1697-1777) similarly explains that eshnav refers to wooden latticework that pampered women would tie to their window to allow them to look outside without being seen. The Latin term for this sort of apparatus is gelosia (which is, believe it or not, related to the English word jealous). Rabbi Valle then posits that the very word eshnav ought to be read as an acronym/abbreviation for the term ishah notenet b’chalonoteha — “a woman places [this] at her windows.”

The Italian scholar Rabbi Moshe Yitzchak Tedeschi Ashkenazi (1821-1898) explains in his work Hoil Moshe that the root of eshnav is the triliteral SHIN-NUN-BET, which (through the interchangeability of NUN and LAMMED) is related to SHIN-LAMMED-BET (“step” or “layer”). The way he explains it, eshnav refers specifically to a window equipped with metal shutters.

The Israeli archaeologist Dr. Shmuel Yeivin (1896-1982) independently came up with this explanation as well. In a 1959 article published in Leshonenu, Yeivin further buttresses this explanation by noting that several archeological artifacts were found across the Levant that depict the motif of a woman looking outwards from the top half of a window. In those ivory images (which were said to depict the Canaanite fertility goddess Ashtoreth), the bottom half of the window was typically closed shut with various forms of mesh or lattice bars. According to him, the Biblical eshnav refers exclusively to a window that was partially blocked with such blinds. (Once we are already connecting eshnav to ivory depictions of women looking through a window, we could also consider parsing the word eshnav as comprised of ALEPH-SHIN for “man,” i.e. woman, and NUN-BET for “tooth,” i.e. ivory). 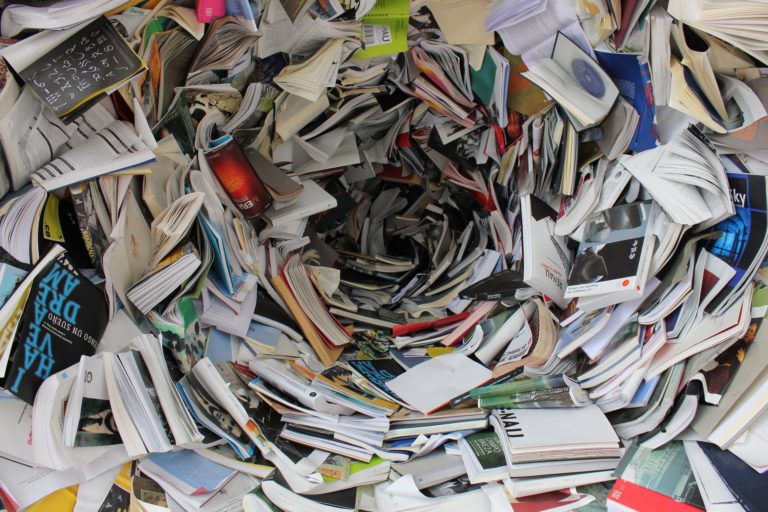 Rabbi Aharon Marcus (1843-1916) suggests that the word eshnav is derived from the root NUN-SHIN-BET (by way of metathesis), which refers to the “blowing” of the wind. Needless to say, opening a window allows the wind to blow inside. Rabbi Baruch HaLevi Epstein (1860-1941) writes the same thing, adding that eshnav specifically denotes a window used for cooling. This etymology of eshnav is the one preferred by the eminent linguist Rabbi Dr. Ernest Klein (1899-1983). It is reminiscent of how the English word window is derived from the English word wind. Another English word for “window” is fenster (more common in German and Yiddish), which is borrowed from the Latin word fenestra (“hole” or “breach”). The semantics of this etymology actually resembles our explanation of the Hebrew word chalon, allowing our discussion to come full circle.