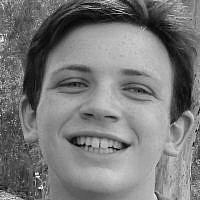 The Blogs
Zack Singerman
Apply for a Blog
Advertisement
Please note that the posts on The Blogs are contributed by third parties. The opinions, facts and any media content in them are presented solely by the authors, and neither The Times of Israel nor its partners assume any responsibility for them. Please contact us in case of abuse. In case of abuse,
Report this post. 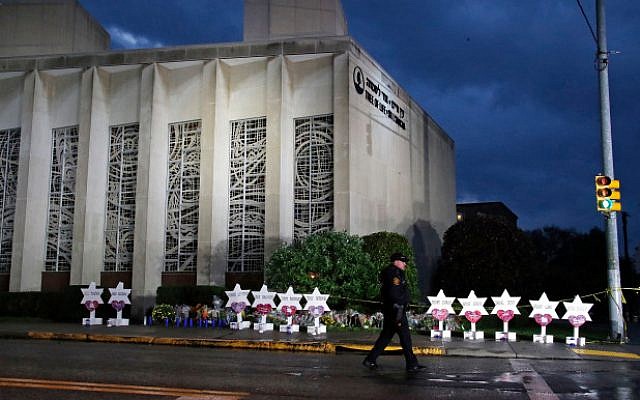 My most prized possession is my kippah. It’s not just any kippah. Yes, someone could go on Etsy and buy a version of a Ugandan hand-crocheted Bukharian-style kippah. But, I have had mine since elementary school. I could not lose this kippah if I tried.

But this kippah represents so much more as a young American Jew. It is how the world recognizes my identity as a Jew. Without wearing this kippah, I just blend into the fabric of America. However, I am inherently tied to the Jewish people.

My story begins six months after my bar mitzvah. Until then, I was a normal Jewish kid. I attended day school. I had my bar mitzvah and had a dance party with my friends afterwards. That’s what it meant for me to be Jewish.

Then, on October 27, 2018, a terrorist walked into my grandmother’s synagogue, Tree of Life, in Pittsburgh, Pennsylvania, and murdered 11 people. Her friend was murdered. Another shot. Other friends, who are also grandparents, ran for their lives from the synagogue.

At 13, I was a bar mitzvah — an adult in the Jewish world. But I was not equipped as an American Jewish teen to react to what happened.

The month after the shooting, we went to my grandma’s house for Thanksgiving. She invited her friends from the congregation, one of whom was an old man in a wheelchair. He escaped Europe and the Nazis with his family. He was crying at the dining room table — how could this happen again and in the United States, he asked.

I was looking down at my plate. I was a little uncomfortable because, in my experience, adults did not normally cry, at least not in front of children. I realized that I was privileged to hear his story first-hand and to hear his fear coming through of what he experienced as a child. Although I felt very safe as an American sitting at the table eating turkey and canned cranberry sauce, he had an underlying message that the antisemitism he faced in Europe could develop here — in the United States.

I am not being alarmist. According to the FBI, in 2020, 55 percent of all hate crimes targeted Jews — who are only 2% of the population. During the Israel-Gaza conflict in May of 2021, there was a 115% increase in antisemitism, as compared to May 2020. A year ago, we would not have thought that World War II would be playing out in Ukraine. It is not difficult to imagine what could happen if antisemitism is unchecked in the United States.

At the same time, although antisemitism is increasing, we have the opportunity to slow it down and bring attention to the problem. That is why I found Gen Z Jews: Fighting Antisemitism. We need to get educated and have our voices heard. Teens cannot sit on the sidelines in the fight against antisemitism. It is time to start talking about what it means to be Jewish in America.

If we are silent, our elected leaders will ignore antisemitism. We must be heard to ensure that they know this is a problem. They must act and not allow antisemitism to be on the backburner.

L’dor v’dor. Judaism flows from one generation to the next. Gen Z listen up and join me in the responsibility of standing up for the Jewish people.

About the Author
Zachary Singerman is the founder and executive director of the award-winning nonprofit, Gen Z Jews: Fighting Antisemitism. With the rising antisemitism in the United States, he decided to speak up to get his generation involved. He is also an 11th grader in Charles E. Smith Jewish Day School.
Related Topics
Related Posts
Comments