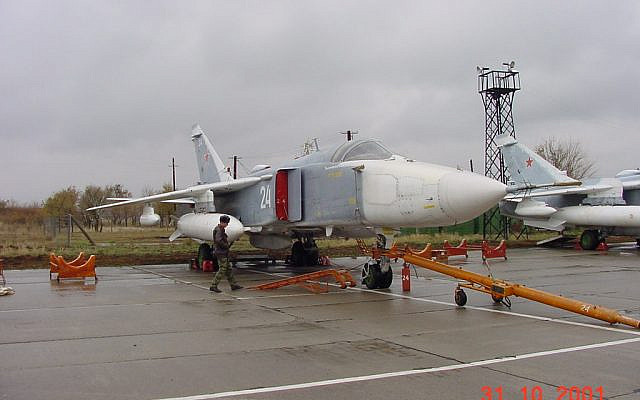 So, the long-expected invasion by Russia on Ukraine is taking place. What are the lessons learned for Israel?

The West – Europe and the USA – has a lack of collective memory. Russia’s President Vladimir Putin has repeatedly made it clear that he wants to restore the Russian empire after the collapse of the Soviet Union in 1991. This includes, that he does not accept that former Soviet republics, such as Ukraine, Georgia and Moldova, join Western institutions: NATO and EU. Why a lack of collective memory? Since 2008 Putin has chosen the path of military action to achieve his objective of restoring the Russian empire: he fought a war against Georgia in August 2008, he annexed Crimea from Ukraine in 2014 and now he invades Ukraine as a whole. What did the West do? Only admonishing him and installing economic sanctions. From the pattern of Putin’s military action since 2008 it is clear that the soft-hearted Western approach has completely failed.

What can we expect next in the former Soviet area? It is likely that Putin by military force will topple the democratic Ukrainian presidency of Zelensky, put a Kremlin-minded puppet in his place, and, consequently, take over the government at all levels in Ukraine. That will finish Ukraine’s independence and make Ukraine a protectorate of Russia. With this success, and experiencing once again that the West will do nothing to protect the independence of a former Soviet republic, we can expect a similar approach of Putin towards Georgia. In 2008 he did not ‘finish’ the job, he ‘liberated’ Abkhazia and South Ossetia but left the Georgian government intact. To prevent any more ‘flirting’ of Tbilisi with the West, Putin is likely to invade Georgia as well, kill its independence and change it into another protectorate of Russia, where the Kremlin rules.

What does this all mean for Israel, what can we learn from this? First of all, don’t count on the West for any military support in case of war. Just like with Ukraine and Georgia, the West also uses hollow phrases towards Israel about its security vis-à-vis the threat of Iran. Of course, we always knew it, but the case of Ukraine demonstrates that in any war we stand alone: the Israeli Defence Forces (IDF) have to protect us. Any additional budgetary requirements – more money to IDF – is fully justified! Secondly: be aware of Putin! Although it is not probable that Russia will attack Israel, nevertheless, Moscow constitutes a military threat for Israel too. Yes, we need to cooperate with Moscow militarily, to inform the Russian military contingent in Syria about Israeli air attacks there, to avoid that Russia’s air defence shoots down our fighters and bombers. Yet, we need to consider that this standing warning arrangement with Russia in Syria might not live forever, which could result in military clashes between IDF and Russia’s forces in Syria.

Furthermore, we have to take into account that Iran and Russia cooperate in a number of fields. On nuclear energy: Moscow has built a nuclear energy plant in Bushehr. Moreover, both states possess considerable quantities of natural gas, with which they can influence the international energy market. Iran is one of the best buyers of Russian weapons. Both countries cooperate in the Shanghai Cooperation Organization (SCO), a political, economic and security entity of the East, which also comprises the nuclear powers China, India and Pakistan. Also, joint military exercises: last January Iran, Russia and China conducted naval exercises.

Putin deprives independent states of their sovereignty and cooperates with Israel’s fiercest enemies: Iran and Syria. When Prime Minister Bennet talks again with Putin, I hope he realizes that Russia is certainly not a friend, but at least a disputable speaking partner for Israel.