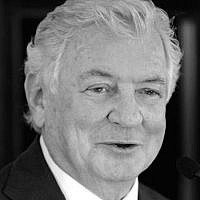 The Blogs
Jack Rosen
Apply for a Blog
Please note that the posts on The Blogs are contributed by third parties. The opinions, facts and any media content in them are presented solely by the authors, and neither The Times of Israel nor its partners assume any responsibility for them. Please contact us in case of abuse. In case of abuse,
Report this post. 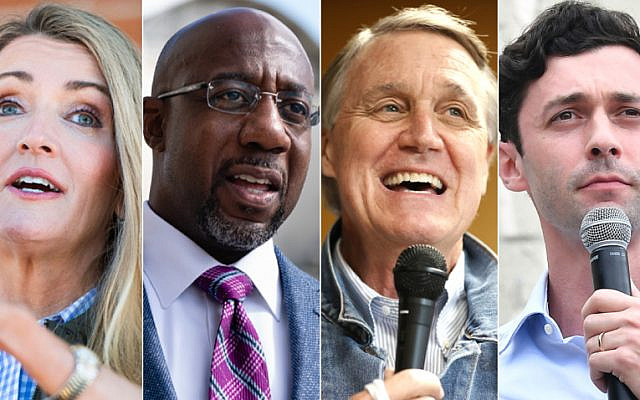 All eyes are on Georgia. With both Senate races going to January runoffs and the results of the presidential election separated by just over 10,000 votes out of nearly 5 million, Georgia’s voters are evenly split. So too is the Jewish community, which according to exit polls, tied at 49-49 for Biden and Trump. This means that the Georgian Jewish vote, of which the community numbers roughly 130,000 people, could be decisive in determining not only these two races, but also control of the US Senate.

The community will have diverse issues to think about, especially as the candidates’ positions on many key issues have a direct impact on it. Health care, the economy, immigration, the environment and COVID-19 will be on the ballot. The American Jewish Congress believes that Jewish voters will focus on what their political leaders will do to confront anti-Semitism, to strongly back the US-Israel relationship, and to show support for civil rights and racial justice.

Anti-Semitism and conspiracy theories are a persistent threat to the Jewish community. Today’s most prominent conspiracy, QAnon, repackages age-old anti-Semitic tropes and blood libels. QAnon is creeping into US politics, including in Georgia, where Marjorie Taylor Greene [Republican, 14th District] will soon represent the state in the US House of Representatives. An unabashed supporter of QAnon, her views will have a national platform and must be repudiated. The Jewish community will want to know which candidates reject this type of hate.

Support for Israel remains a key Jewish community concern, and the candidates must show they’re listening.

In recent years, US-Israel policy has been under pressure on issues such as conditioning military aid to Israel. However, positions like this were rejected by both presidential nominees and Jewish voters across the board, making the recent election a clarifying moment for all those candidates seeking the Jewish pro-Israel vote.

Lastly, the Jewish community in Georgia has a storied history on civil rights and racial justice. During the Civil Rights movement, Jewish organizations like the American Jewish Congress marched shoulder-to-shoulder with Dr. Martin Luther King, Jr. and other leaders of the movement to call for a more equal America. Minority communities in America have a long history of working together and supporting each other in their respective struggles, and the Jewish community remains committed to this common struggle.

Jewish voters are twice as likely as the general population to vote. As high propensity voters in such a closely divided electorate in a closely divided state, every single vote matters. Now is the moment for the Georgian Jewish community to learn about the candidates’ positions on these issues, and to ensure that our community’s concerns are advanced by the next two senators from Georgia.

The American Jewish Congress has created a comprehensive platform to aggregate information on candidates and US lawmakers – The Jewish Guide to U.S. Politics www.jewishpoliticalguide.com

About the Author
Jack Rosen is the President of the American Jewish Congress.
Related Topics
Related Posts
Comments