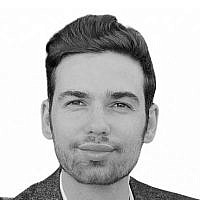 Every entrepreneur knows that speed is key to a startup’s success. From implementing agile methods to honing a fast-paced workspace culture, moving at a fast rate is paramount to test assumptions, develop resilience, and be 5 steps ahead of the competition.

On today’s episode of Startups On Demand, I am joined by Gigi Levy Weiss, General Partner at NFX, a pre-seed & seed-stage venture firm partnering with the world’s top Founders.

Today, we talk about the tactics of managing one’s busy schedule, developing a laser-focus attitude, and the importance of speed to skyrocket a startup’s trajectory.

Omri: How do you manage your day having such a busy schedule? Take me to your day-to-day routine.

Gigi: There’s a bunch of things that work for me over the years. The first thing is that I try to be super effective in meetings. The average meeting that I have is either 30 or 45 minutes. I generally believe in meetings being short, brief, and to the point. I also believe that when I have a meeting, I’m trying to get the information beforehand so I can read it and come prepared. I really don’t like meetings where the purpose is just to give me an update from the company or something that I could’ve read before. So many times, I would tell the founder “if you’re just gonna run me through the numbers, just send it over so I can save your time.”

The second thing is that if the meeting isn’t going well, I would just cut it. I don’t want to be disrespectful to somebody else’s time by continuing a meeting that isn’t going anywhere.

Third, we have automated many of our processes, so a lot of the things that used to take time, have gone automated. For example, I met a company and I wrote a summary. And now I want another one of my partners to meet the company – rather than me now having to write an email, I would go to our own CRM to our company page, I would click on “next partner meeting” and I would choose a partner. This would automatically create an email to my partner saying what is it that I’ve seen, and why I want him to see it. And with another click, this would send an intro between him, the company, and his PA, with all the options of setting up the company automatically. So that just took away what used to take me 5 to 10 minutes, and now it just takes a second.

Omri: Do you have a separate to-do list on the top of your current system?

Gigi: I have this thing where 99% of the tasks that I have, I would insist on doing them immediately. For example, I have a meeting with a company and we decide to connect that company with a customer. I can put it on my to-do list, but that’s probably going to wait on my list for the weekend, which means that the company has now lost a few days. So what I would do is I would take 5 minutes from that meeting and write introductions immediately so the company can get out and start working on it. So rather than pushing things away from my to-do list, I try to finish these tasks immediately.

Omri: How does a startup know that they’re running fast?

Gigi: I think it’s really hard to know whether they’re fast or not. One of the reasons that investors like investing in people are not necessarily because they’re the best companies, but because they’ve seen what “fast” looks like. They see what it means when things just run super fast. Many of us are slow because we’re trained to be slow. School, for example, is 12 years – you don’t really need 12 years for school, right? University is 4 years – you can study it in 1 year. In jobs, they tell you to stay between 2 and 3 years, but you could actually move faster. It’s what’s comfortable for them, not what’s good for you. So we’ve been trained by everybody to a certain level of speed, but startups require a totally different level of speed, and so many times, my contribution to a company is just by reflecting on them and telling them that they’re not moving fast enough. Sometimes, it’s as easy as that to make them snap out of their state of mind.

Omri: You’ve been a pilot before. What are some tactics from the air force that helped you develop a laser-focus attitude?

Gigi: The most important thing I learned from the Israeli air force is the learning organization. Basically, the Israeli air force is known for allowing people to learn more with less flight hours. And the way you do it is by having a very vicious cycle of briefing, doing, debriefing, briefing again, doing again, and so on, which focuses on getting you to be better with the least possible time. Over the years, I learned that this is something that I need to take with me in everything I do.

Omri: Who are your favorite entrepreneurs?

Gigi: I can’t just choose one, but I’ve been very lucky to have worked with some of Israel’s best entrepreneurs, and they’re people in my portfolio that I really admire. Other than that, I also obsess over Steve Jobs’ obsession with products.