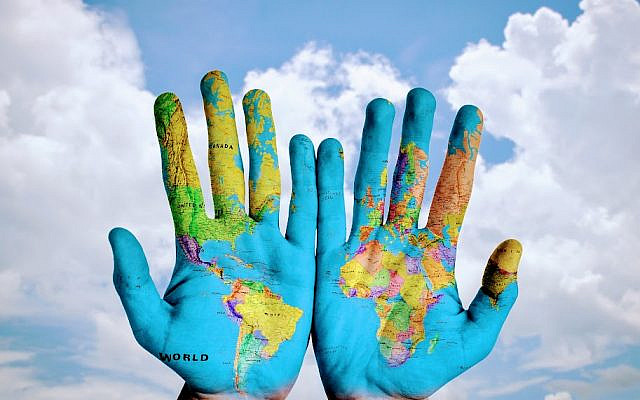 One of the Rebbe’s most important messages, according to Rabbi Schneur Kaplan of the Downtown Jewish Center Chabad (DJCC), is to do mitzvot and good, but also to share those mitzvot and good with others.

Rabbi Kaplan shared from this week’s Torah portion, Vayeshev, that Joseph was exactly this type of person. Even when Joseph was sold by his very own brothers into slavery in Egypt and was falsely accused by Potiphar’s wife and thrown into prison, he thought of and did for others.

Even though Joseph was in prison and could have been sad and focused on himself because of what seemed to be a string of bad luck, he cared about others and helped them (Genesis 40:7).

And he asked Pharaoh’s officers (the butler and baker) that were with him in prison, ‘Why do you look so sad today?’

Then Joseph listened to their dreams and interpreted for them that the butler would be restored to his position in Pharaoh’s palace, but the baker would be hanged.

Similarly, Joseph insightfully interpreted Pharoah’s dreams. In a land of paganism and injustice, Joseph’s reward for assisting his fellow prisoners was to be placed in a position second only to Pharaoh to save Egypt, the Israelites, and the entire known world from a devastating seven-year famine. Joseph was the type of person for whom it wasn’t enough just to do a good thing (and save himself and Pharaoh), but he wanted to and needed to spread the good to everyone, everywhere.

With Hanukkah starting tomorrow night, this is exactly why we light the menorah publicly. The saving of the Jewish people from the Greek army and the profanity of Hellenism, as well as the miracle of lights, was not just for the Jews but a holy message to be publicized (“pirsumai nisa”) for the entire world that G-d is watching over us, actively loves and cares for us, and intervenes in our lives and the course of history.

The candles of the menorah embody the holy light of G-d that dispels the darkness of evil that can befall the world. So, we proudly light the menorah’s candles in our homes, synagogues, community centers, street fairs, in Jerusalem, and at the White House to share this inspiring message of G-d’s light, love, and holiness.

The Rebbe truly lived and taught this message to be a light unto nations and for us “to give it all away.” Whether it’s a shul for a visitor to go and pray, a kind family to share their home or meal, a mitzvah “tank” for helping men put on tefillin or to give out candles for women to light for Shabbat, or spreading holy words of Torah and beautiful melodies of joy and praise to Hashem, we need to act and be an influence of good in the world!

In short, while we ourselves can do positive things to learn and grow as individuals, it’s a bigger and greater mitzvah when it’s shared with others! Just like Joseph, who rose above being a slave and prisoner to save the world, we can all rise above ourselves and our life predicaments to do good that spreads far and wide, perhaps even beyond our wildest imagination.